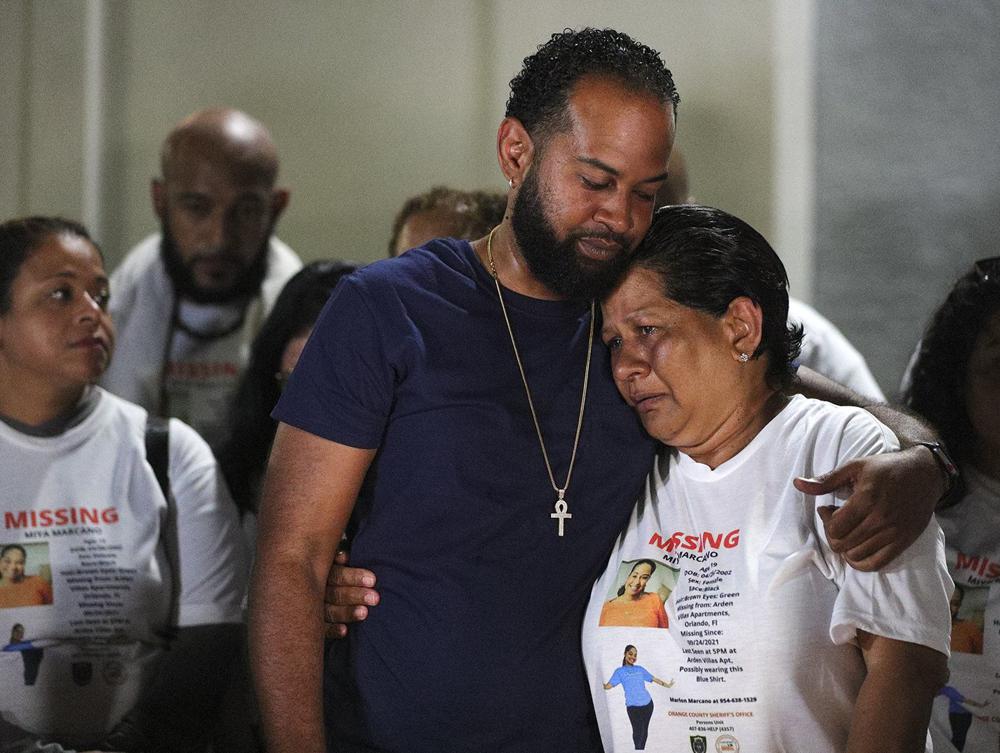 The Orange County Sheriff’s Office has released a heavily redacted report on its response to the disappearance of a college student who was found dead. The young woman’s family says it only reinforces their belief that deputies failed to react quickly enough when she vanished.

The Sheriff’s Office blacked out much of its four-page report into the Sept. 24 disappearance of Miya Marcano.

“The incident report lacks critical details,” the family’s attorney Daryl Washington said on Sunday. “What we do know is that critical hours were lost and if it hadn’t been for this family’s strength and determination we may still be searching for Miya.”

The Sheriff’s Office did not respond to requests for a comment about the allegation that it initially failed to thoroughly investigate Marcano’s disappearance. Sheriff John Mina has said that in the hours after Marcano vanished, deputies didn’t have enough evidence to detain her suspected killer, Armando Caballero, and she was likely already dead.

The 19-year-old’s body was found on Oct. 2, five days after Caballero was found dead of an apparent suicide.

Marcano was a Valencia College student who lived and worked at the same Orlando apartment complex where Caballero, 27, was employed as a maintenance worker. Investigators eventually determined that Caballero used a master key to enter Marcano’s apartment.

According to the report, Deputy Samir Paulino arrived at the apartment complex about 9:20 p.m. on Sept. 24 after Marcano’s mother said her daughter had stopped returning text messages and missed her flight home to South Florida.

Paulino spoke to a roommate who said Marcano texted her about 5 p.m. saying she was heading to the airport. The deputy wrote that her bedroom was locked, but he peered through a window and “nothing suspicious stood out to me.”

The deputy apparently then left, but returned because he wrote that someone asked if an object “was on the bed,” the report said. It wasn’t clear who inquired because so much of the report was blacked out.

The deputy returned again at the request of Marcano’s relatives, who had driven to the apartment complex from South Florida, arriving after midnight. Paulino then spoke to Caballero, who told him he had found out “from a mutual friend that Miya is missing,” the deputy wrote.

The deputy noted that Marcano’s relatives said text messages showed Caballero had been stalking her, but he said he was unable to read them.

Washington said the deputy should be fired because his actions fell below national standards.

“Sheriff Mina, in one of his press conferences, stated that Deputy Paulino ‘could not detain Caballero based on a hunch,’ essentially ratifying the conduct of his deputy,” Washington said. “We believe that Deputy Paulino had more than enough evidence to detain Caballero based on the fact that Caballero had full access to Miya’s room, he said that he wanted to date Miya but she declined his advances, he was driving around the Arden Villas at 3 a.m.”