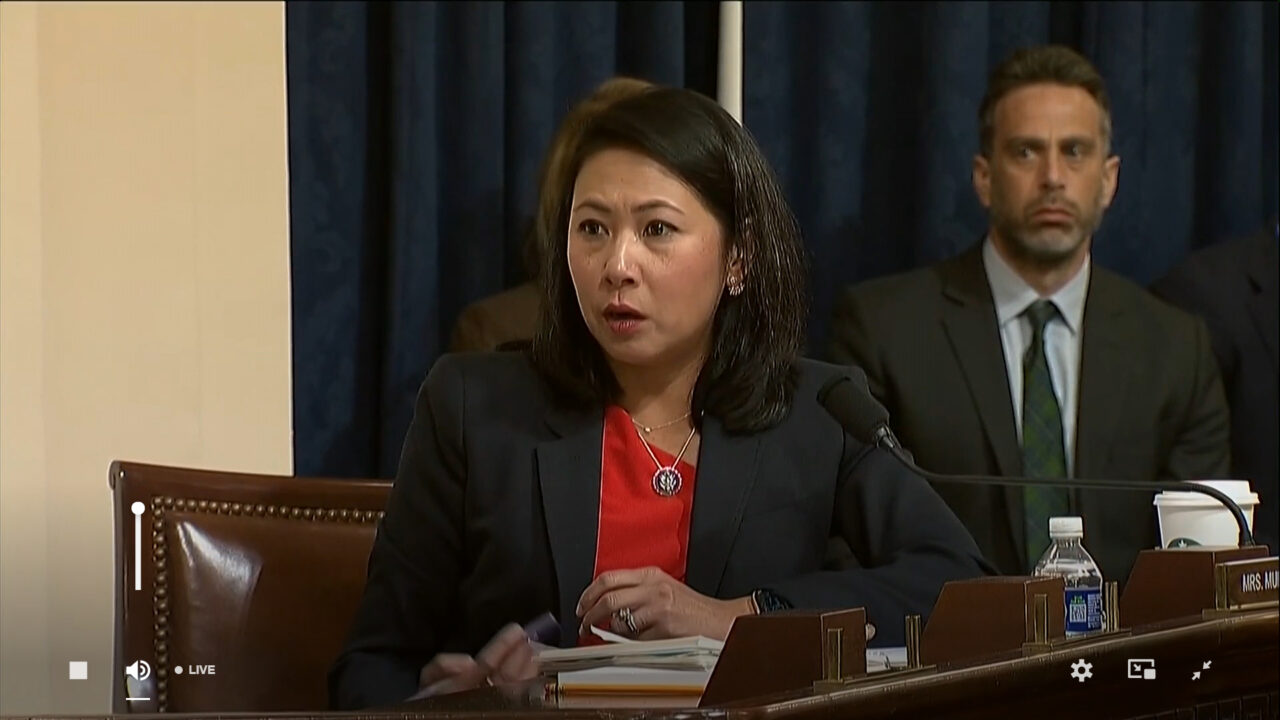 The ad details spending plans in terms meant to outrage most conservatives.

Another Republican TV commercial is launching to press moderate Democratic U.S. Rep. Stephanie Murphy to stay a no-vote on the Democrats’ big stimulus plan — or risk being tied to what Republicans are calling Speaker “Nancy Pelosi‘s tax and spending scam.”

The new 30-second spot from the American Action Network rolls out a handful of spending plan details in the Build Back Better Act, which last week was coming in at 10 years and $3.5 trillion in spending, but has been whittled to $2 trillion or so as Democrats negotiate among themselves.

“Liberals spend your money, but take care of themselves. It’s a cynical Washington game,” a narrator begins.

Not until the end does it reveal that Murphy, her vote, and how Republicans intend to go after her reelection campaign, are the real issues of the ad.

It’s the third ad the Republican ally American Action Network has launched attacking Murphy on social media and television in Florida’s 7th Congressional District over the past couple of months. CD 7, considered a swing district though Murphy has handily won reelection twice, covers Seminole County and parts of Orange County.

This commercial spotlights a few spending details of the Build Back Better Act — at least from the former $3.5 trillion version — which had been reported on by media and other organizations. The details are offered in terms that would outrage most conservative voters, though Democrats could find many attractive. Those include:

—”$200 million for a park in Pelosi’s district,” a reference to an earmark for Presidio Park in San Francisco, according to Fox Business.

—”Special tax breaks for Hollywood,” which appears to be a reference to a tax break originally found in a stand-alone bill. It would be applied to relatively-low cost music recording defined in the Help Independent Tracks Succeed program set up by the music industry to support independent music artists, according to Billboard magazine.

—Special tax breaks for “the media,” which appears to be a reference to a payroll tax credit for newspapers that employ at least 750 people, according to The Wall Street Journal. That level of employment is now pretty rare in the shrinking newspaper industry.

—Special tax breaks for “liberal universities,” an apparent reference to a reduction of excise tax on investment income for private colleges and universities, according to Americans for Tax Reform; though there is no clear way to determine whether liberal universities would benefit most often.

—”Millionaires can even get write-offs to buy fancy cars with Chinese parts.” This is a reference to the bill’s consumer tax rebates for the purchase of electric vehicles. While most electric car batteries now are made in China, according to The Wall Street Journal, the bill seeks to encourage development of American batteries by giving additional rebates if cars have American batteries, and by phasing out the overall rebates for electric cars entirely if those cars have Chinese batteries.

Murphy, of Winter Park, announced in September she has problems with some of the bill’s tax and spend provisions and intended to vote no on it as it was then drafted. She has not announced if she has changed her position as President Joe Biden and Democratic leaders have agreed to whittle the plan back to appeal to moderates.

As an apparent swing vote in an apparent swing district — one subject to change as the Legislature is redrawing congressional districts now — Murphy’s been a popular target this fall. Other Republican groups and Democratic-allied groups have also been running commercials in CD 7, trying to sway her vote on the Build Back Better Act or lay the groundwork to use it against her.