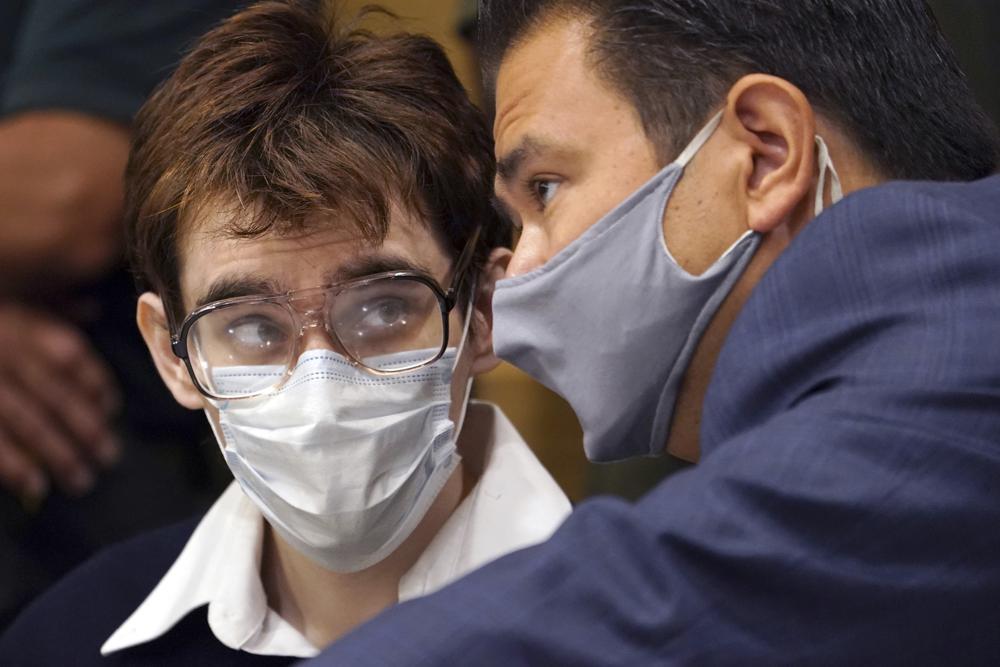 To his victims: 'I am doing this for you.'

Parkland shooter Nikolas Cruz apologized to his victims Wednesday as he pleaded guilty to murdering 17 people and trying to kill 17 others in the biggest crime in Broward County history.

Press pool cameras at the Broward County courthouse showed the families of those killed and some of those injured breaking down as each victim’s name was read and Cruz responded to each charge with the word, “Guilty.”

Cruz gave a statement after the pleading was done.

“I’m very sorry for what I did, and I have to live with it every day,” he said, shaking at times, as his voice broke.

Cruz also addressed why he was giving up his rights to a trial for his 2018 rampage that’s become one of the most notorious school shootings in the nation’s history: “I’m doing this for you.”

The only question remaining is whether Cruz will live or die for the shooting at Marjory Stoneman Douglas High School on Valentine’s Day 2018. Next, a jury will hear aggravating and mitigating factors in his case as they consider a sentence. If Cruz is to die, a jury must agree unanimously.

“Hatred,” Schacter said of his reaction to Cruz speech. “If he cared about the victim’s families, he would have done this three and a half years ago.”

Schachter said he will be in court to address the jury so they can understand more about losing his son, who played the baritone horn.

Cruz pleaded for a chance to do good.

“If I were to get a second chance, I will do everything in my power to help others,” he said.

Cruz was wearing a blue mask, glasses that seemed too big for his face, a loose-fitting navy blue sweater vest, and a light blue shirt with an open collar. He answered nearly all of the judge’s questions by bowing his head. He trembled as he gave a statement.

Former Broward County State Attorney Michael Satz, who has since left his office, recited the facts of the crime, starting with Cruz calling the Uber that took him to the school. Satz went through each movement Cruz made that day, saying each victim’s name, their age, how many times they were shot, and whether they survived. He also described how some were shot, crawled away, and then were shot again.

“Peter Wang, who was wounded, and laying outside the hallway of the west stairwell,” Satz said. “Peter Wang was 14 years old. He was shot 12 times and he died of his wounds.”

Chris Hixon, the school’s athletic director, the first to try to confront the shooter, was shot and crawled away, according to Satz’s account. But then Cruz came after him again as he took cover in an alcove. Debbie Hixon, his wife, appearing at the courthouse Wednesday, pleaded with people to stop saying the shooter’s name. It appears she did not accept his apologies.

“Hearing all those people and how they died, eight shots, 12 shots … that was not someone who was sorry for what he was doing,” Hixon told WSVN on the scene. Spurred by the events, she ran for office and now serves on the Broward County School Board.

“He is a sadistic killer,” Schacter said, via a Zoom interview. ” … The thought of him being able to live out his life and get married, get fan mail while our loved ones are in the cemetery and I’ll never see Alex again. He’ll never go to college, have a girlfriend, and get married. Justice will not be served until he is put to death.”

For a 2018 jailhouse assault on a corrections officer that Cruz pleaded guilty to last week, Circuit Court Judge Elizabeth Scherer sentenced Cruz to the maximum sentence, 15 years, with 1,345 days credit for time served. The handcuffs were put on Cruz and he was led away moments after Scherer imposed the sentence.

His attorneys had repeatedly offered to plead guilty to the school massacre in return for a guaranteed sentence of life in prison, but prosecutors have refused to take the death penalty off the table. Wednesday’s event means avoiding a traumatic, lengthy trial and allowing a jury to decide Cruz’s fate.

Cruz was apprehended about an hour after the assault on his former school and preparations have been ongoing for years in what would have been the biggest murder trial in Broward County history.

The incident launched a gun control movement that continues today, with numerous foundations and most visibly, the March for Our Lives, led by some of the students who were at the school that day.

The verified Twitter account of the movement responded to the shooting moments after Cruz’s court proceeding with a plea not to say his name and calling on policymakers to effect real change.

“A single guilty plea does not bring closure as long as it is possible for another person anywhere in this country to be murdered by a gun at a school, in a place of worship, or in their very own home,” the statement read. ” … A guilty plea will not erase the past, and it will not bring us peace … We are as angry and determined as ever.”

In the wake of the shooting, the Florida Legislature passed new firearm restrictions that required a three-day waiting period for most purchases of long guns and raised the minimum age for purchasing those weapons to 21.

The judge scheduled a status conference on seating a jury for Tuesday. Jury selection for the next phase is expected sometime early next year.