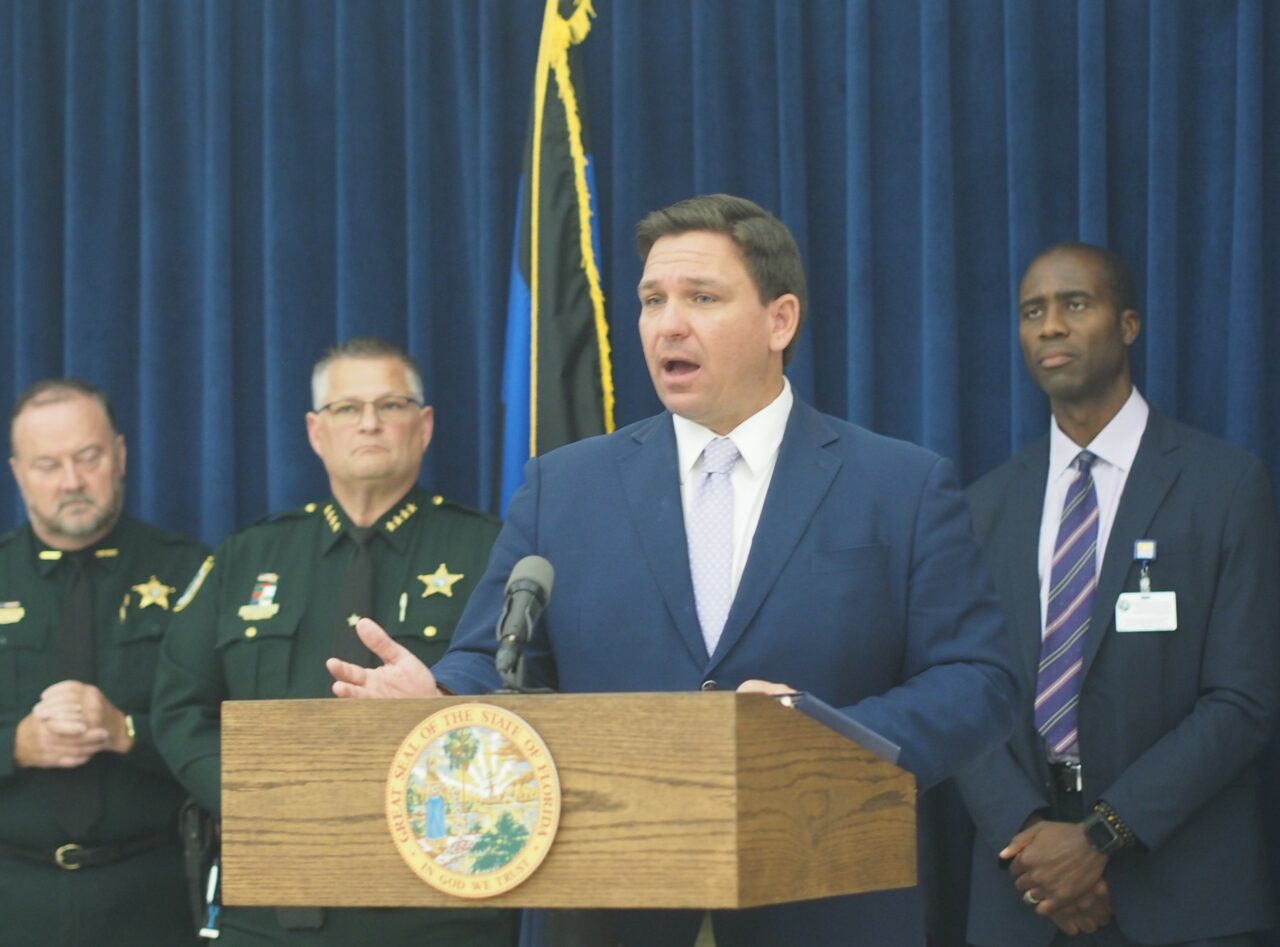 DeSantis continues indignation toward federal threats that might already be forgotten.

“We are going to be fortifying parents’ rights. I mean the Parents Bill of Rights (approved in the spring) was good, but I don’t think it was written with the idea that you would face intransigent officials to the extent that we would,” DeSantis said Wednesday in Titusville.

“There’s going to be things that are going to be fortified on top of what’s been done,” the Governor said at a news conference.

He suggested that may include providing parents the right to seek damages from school districts if the parents are convinced the school district’s mask policies caused harm to children.

DeSantis made his pledge after a most tumultuous period for school boards across the state to start this school year. Some, including in Brevard, defied the Governor’s order that they not impose student mask mandates. That led to protests from parents, some angry, some rowdy, some bordering on hostility.

Then, after city reports of threats and intimidation toward public school officials, the federal government threatened to step in, not specifically in Florida, but nationally, perhaps including Florida. Two weeks ago, U.S. Attorney General Merrick Garland announced he was considering using the Department of Justice and FBI to protect school officials from threats of violence.

DeSantis’ take was direct. How dare the federal government threaten protesting parents? If there are criminal threats, local law enforcement can handle it. Otherwise, the state is going to protect parents from anyone threatening to stop them from expressing their opinions to school boards.

“At the end of the day, people have the right to speak out. They have the right to be concerned when they see some of the things that have been happening, particularly policies that are being implemented that are not really reflective of the overall will of the community,” DeSantis said. “And the parents have every right to do that. You’re going to be protected in the state of Florida.”

“We very much demand that everything remain peaceful and orderly. That’s just the way our society is going to be run in Florida. I don’t care what your ideology is. If you’re getting out of hand, even if I agree with you, you’re not going to be allowed to get out of hand,” he added.

“Let’s make sure we are protecting people’s rights to speak out. We’re not going to be cooperating with any federal investigations into parents. We will do whatever we can to thwart such investigations,” DeSantis said.

There may be no need. The tempest of Garland’s proposal may have blown itself out already.

DeSantis acknowledged the Justice Department appears to have done nothing to move on the proposal. He said Florida has received no federal inquiries about any protests at Florida school board meetings.