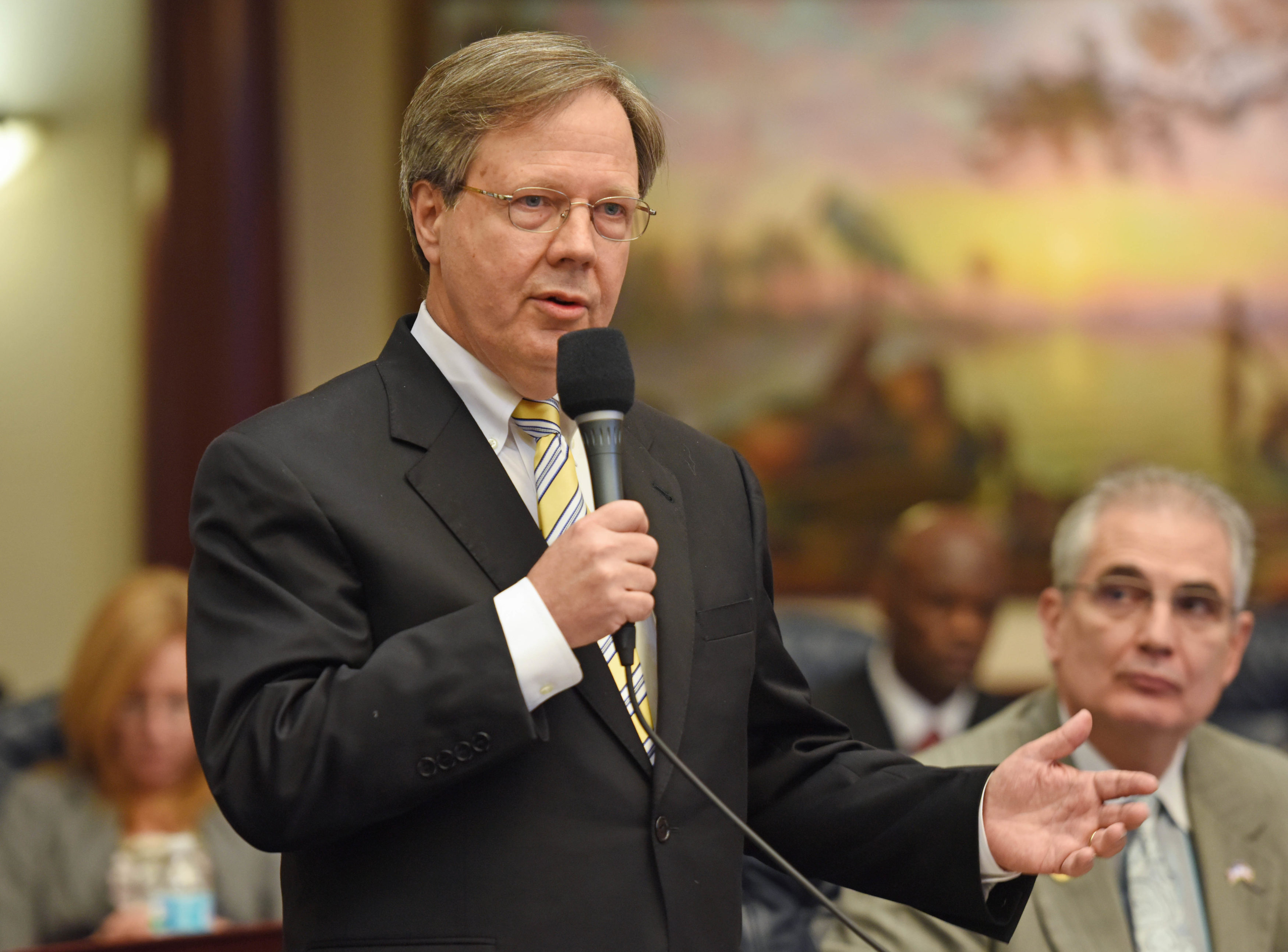 A House subcommittee passed a multipronged measure Thursday that, among other changes, would make charging a drug dealer easier if they sell a controlled substance that led to someone’s death.

The Criminal Justice and Public Safety Subcommittee OK’d the measure (HB 95) with a 14-4 party-line vote. Republican Rep. Scott Plakon of Longwood is the bill sponsor.

Under a law passed in 1972, a drug dealer in Florida may face the death sentence or life in prison if they sell a controlled substance that verifiably caused the death of a consumer.

Plakon’s measure, however, would broaden the law’s scope, allowing a prosecutor to pursue a first-degree murder charge if a controlled substance is considered a “substantial factor” in a person’s death. The measure would also add methamphetamine to the list of prosecutable controlled substances.

At one point, Plakon described drug dealers as “dealers of death.”

“These people don’t care about the pain and death that they’re putting upon families,” the Republican lawmaker said.

Plakon described the measure as an effort to “modernize”

Democratic lawmakers rushed Plakon with questions. Among other concerns, they worry the bill may exacerbate Florida’s fragile prison system. The measure also seeks to stiffen penalties for the sale of a controlled substances within 1,000 feet of a substance abuse treatment center. The staff analysis notes a positive, yet indeterminate impact on the prison population.

“Half of us are gonna leave this room and in 30 minutes we’re gonna go to the Judicial Appropriations Committee … We are going to sit there and hear testimony and all agree that we need to give the Department of Corrections $200 million more dollars to fix the crisis in our prison system,” remarked Democratic Rep. Andrew Learned. “And in this committee, we’re making their job harder by putting more people in the system.”

Notably, the measure faces stiff opposition from activists and criminal justice reform groups including the ACLU of Florida and the NAACP Florida State Conference. In a four-page letter sent Wednesday to the subcommittee, more than 30 organizations urged members to vote against the bill, warning the measure is “costly, unnecessary and counterproductive.”

The collective, among other arguments, warned the proposal will likely increase the amount of death penalty cases and appeals at a time when public opinion around the issue is mixed. Death penalty cases, they warned, are costly.

“Taking language that is essentially solely used in toxic tort cases and medical malpractice cases and bringing it into Florida criminal statutes, it gives me great pause,” Grieco said.

Plakon’s proposal appears next before the House Justice Appropriations Subcommittee and the House Judiciary Committee.

A copy of the letter sent to committee members is below.

previousMerrick Garland unsure whether Ron DeSantis has cooperated with his office