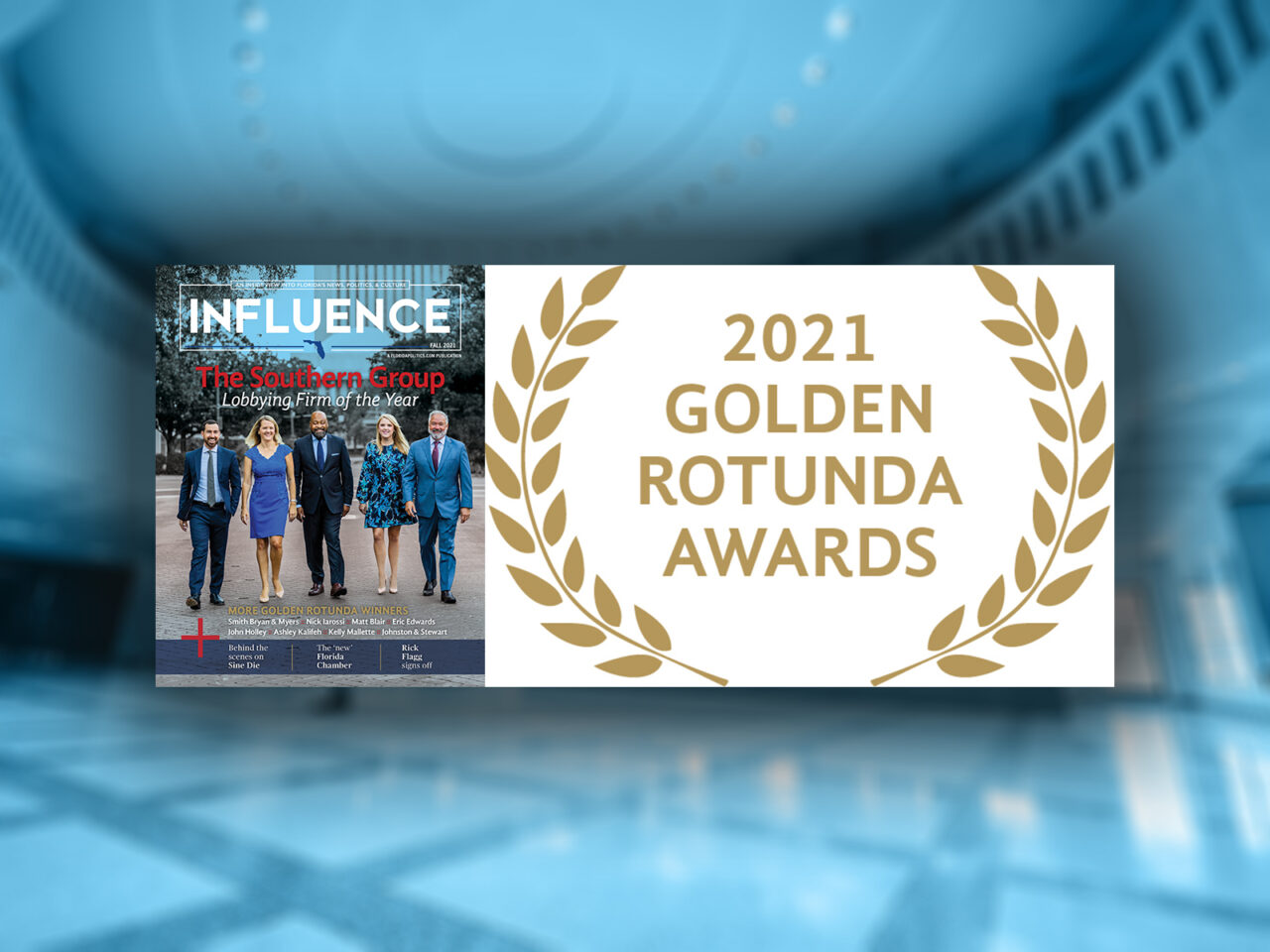 The Golden Rotundas recognize the best in the governmental affairs profession.

The Southern Group, the top-earning lobbying firm in Florida over the last year, has won the Golden Rotunda for Lobbying Firm of the Year.

Nick Iarossi, the man responsible for the rapid rise of Capital City Consulting, was named Lobbyist of the Year. And the award for Boutique Lobbying Firm of the Year went to Johnston & Stewart, the firm founded by Jeff Johnston and Amanda Stewart two years ago this month.

YOU CAN READ ABOUT ALL OF THE GOLDEN ROTUNDA AWARD WINNERS HERE.

The Golden Rotundas are awarded by INFLUENCE Magazine to recognize the best in the governmental affairs profession. Winners are determined by voting within the profession.

As in years past, we reached out to industry professionals to submit nominations for individual lobbyist awardees and firm winners. We asked each to submit three nominations, weighted the results, and viola, the 2021 Golden Rotundas are here.

The ballots placed The Southern Group in the top spot once again. In the 21 years since firm co-founder Paul Bradshaw launched the practice, it has grown to become one of the largest firms in Florida, with 32 members spread across six offices in the Sunshine State.

“We are honored to be recognized by our fellow lobbyists as firm of the year. The entire Southern team loves what we do and it’s a privilege to work day-in and day-out with each other to deliver for our amazing clients,” said Managing Partner Rachel Cone.

Smith Bryan & Myers was the runner-up for Lobbying Firm of the Year. The firm also snagged an award for the trophy case as SBM lobbyist Jeff Hartley got the nod for Lobbying Play of the Year for his work on the cruise ship preemption fight.

Johnston & Stewart was the top vote-getter among boutique firms only a year and change after they put out their shingle. After a productive 2020 Legislative Session, the young firm deftly navigated the challenges of the pandemic era, setting it up for continued success. The runner-up was another young firm, Delegal | Aubuchon, which was founded by Mark Delegal and Josh Aubuchon in mid-2020.

Iarossi, meanwhile, secured the Lobbyist of the Year Award. It would be easy to attribute the accolade to his stellar work in the gaming space — he is, after all, a past Gaming Lobbyist of the Year — but he and the team at Capital City Consulting did so much more. SBM co-founder Matt Bryan took No. 2 in voting.

Several other firms and lobbyists won Golden Rotundas across more than a dozen categories. You can read about the winners in the latest edition of INFLUENCE, available here.