Ken Welch rolls out transition team ahead of January inauguration 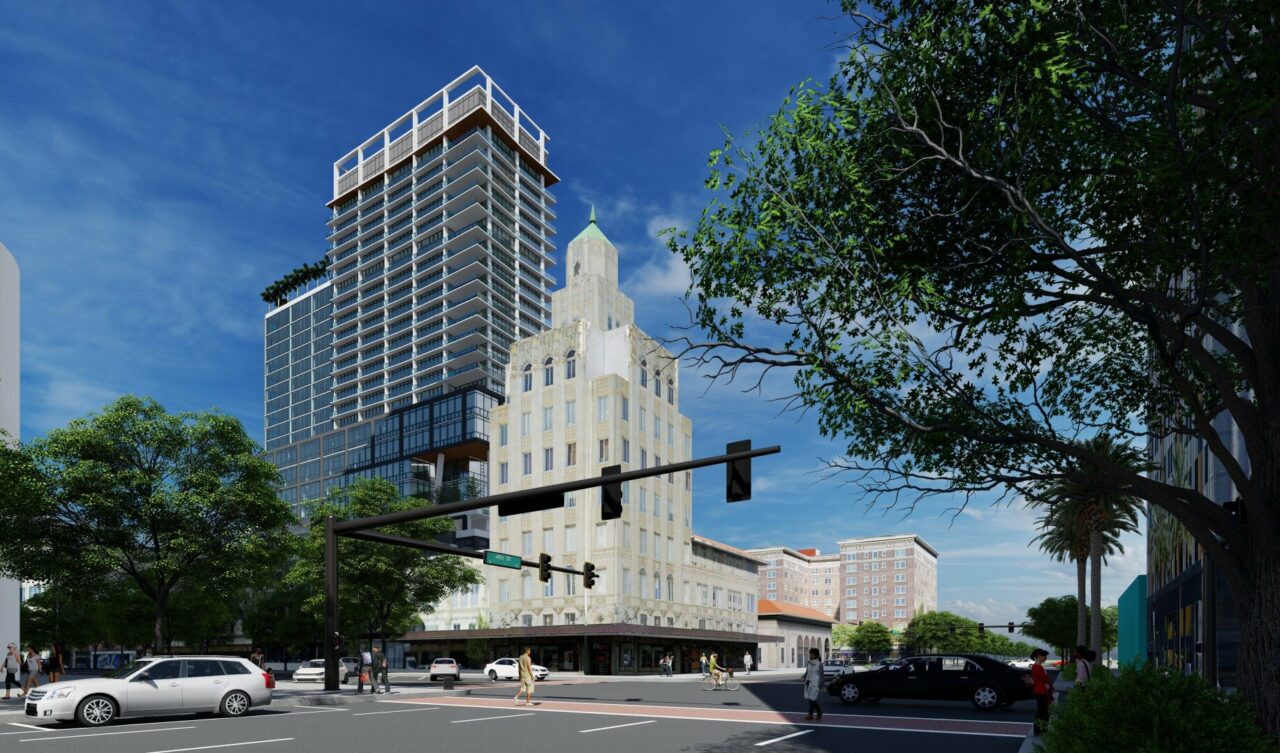 The City has committed about $8 million to the project for up to 300 parking spaces.

Dustin DeNunzio cares about the working class of St. Pete and doesn’t want to see them pushed out of the city’s downtown core.

They are, after all, the ones responsible for keeping so much of the restaurants, arts, night life and retail in the City’s cultural hub moving, he said.

The developer of one of the next luxury high-rises in the city is trying to price-in workers instead of pushing them out. The square-footage will still be priced at market rates, but some of his apartments will have less of it. The structure will feature 160 “micro-units.”

“We’re hoping it will provide the chance for workers and people around the city and bartenders and everybody else who’s been pushed out a little bit to the fringe — because of pricing — to be able to remain in the heart of the city,” DeNunzio told the City Council Thursday. “And hopefully limit their need for automobiles.”

Council unanimously approved an extension to DeNunzio’s purchase agreement with the city. His company, the DeNunzio Group, now has an extra six months to submit building permit applications and other required documents for the construction of a 29-story mixed-use high rise at 450 1st Ave. N.

The development will feature ground floor retail with a coffee shop and tapas bar; three levels of office space; restaurant; gym; salon; boutique hotel with 120 rooms; and the 160 micro-units sized between 370 and 690 square feet. There will also be a connection to the coming SunRunner bus service.

DeNunzio also said it will be a smart building, and one of the most technologically advanced in the city. He calls it “a city-within-a-city” and told council members he hopes the interaction with all of these different uses creates a synergy and buzz.

Council member Robert Blackmon wasn’t on the dais when the project began, but still felt that buzz.

“The presentation you just gave is mind blowing,” Blackmon told DeNunzio. “This is one of the most innovative, exciting projects I think I’ve ever seen. Certainly in our area.”

DeNunzio began work on the project in 2019 when he bought the now-vacant parking lot from the Christ United Methodist Church for $5.3 million.

While the sale was being negotiated, the City entered into an agreement with the DeNunzio Group to purchase between 240 and 300 parking spaces in the structure for public use. City documents show St. Pete agreed to pay $28,700 per space. That amounts to nearly $7 million for 240 spaces, but could go up to $8.6 million for a full 300.

The move comes after a 2016 parking study found that area to be in need of more parking. But it also comes at a time when luxury high rises are popping up in seemingly every vacant square of the city. Some structures are even razed for new developments, like the 400 Central project that recently broke ground.

Advocacy groups have popped up around the city demanding more access to and assistance with affordable housing. William Kilgore of the St. Petersburg Tenants Union protested the 400 Central Ground breaking. That project’s builder, John Catsimatidis, told Kilgore to “get a job” and “if you work harder, you can live here.”

Kilgore said with Tampa Bay experiencing the highest increase in rents anywhere in the country, and the ongoing COVID-19 pandemic, St. Pete has a housing state of emergency.

But council members expressed support for the project.

DeNunzio was previously given until December to submit the required documents. He now has until June. City staff said the company has met all other requirements of the purchase agreement.

nextDiagnosis for 10.23.21: Checking the pulse of Florida health care news and policy