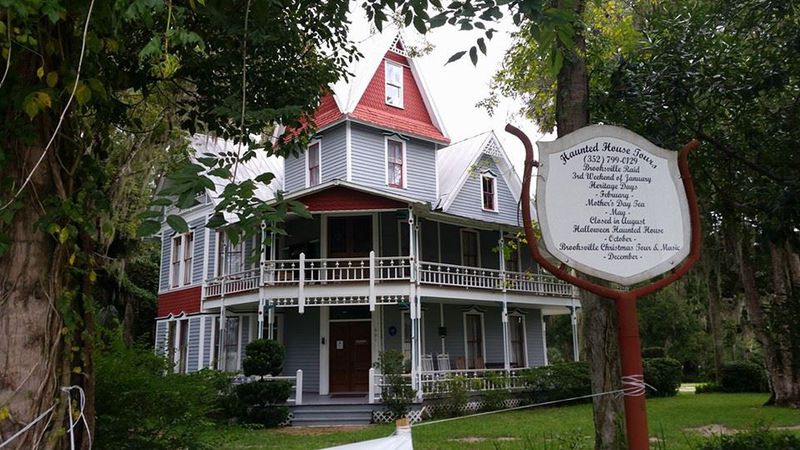 Its two-hour ghost tours are booked months in advance.

The May-Stringer House looks like a gingerbread-trimmed Victorian home overlooking the city of Brooksville. It’s reportedly one of Florida’s most haunted spots.

The back story, as in most ghost stories, lies in tragedy. With more than 160 years of history in the house, at least 11 different ghosts have been identified by dozens of searchers of the paranormal.

In 1855, John L. May built what was then a four-room home on a plantation for his wife, Marena, and their daughters, Matilda and Annie. John died of tuberculosis three years later. Marena remained in the home throughout the Civil War and eventually married Confederate soldier Frank Saxon. She died giving birth to the couple’s child, a girl named Jessie Mae, in 1869. The child died at age 3.

The house was owned later by Sheldon Stringer, whose family lived there for three generations and expanded it to 14 rooms across four stories.

In recent years, researchers have tried to find out if more than 50 enslaved people who worked the plantation might be buried on the museum grounds in Brooksville.

There are reports of Marena May walking around and some of hearing her daughter cry for her mother. Other ghosts, they believe, are linked to the story of plantation life in Florida. An angry spirit known as Mr. Nasty has been said to curse visitors.

The Atlantic Paranormal Society, better known as TAPS from the SyFy series Ghost Hunters, and the Florida Ghost Team have made several stops there. A three-ring binder at the museum documents some 80 ghost-hunting groups that have investigated the house.

“They love it because they know they are going to get evidence,” said docent Bonnie LeTourneau, who said the house was “like Grand Central Station for ghosts.”

The Hernando Historical Museum Association has used the “most haunted” crown as a fundraising tool.

Its two-hour ghost tours are booked months in advance. Visitors are brought in late at night and given some of the gadgets ghost hunters use to record a presence and are allowed to wander the house. No reservation is needed for GhostFest on Oct. 30. The museum decided to have some fun with its reputation by adding an outdoor maze and festival atmosphere from 11 a.m. to 11 p.m. It charges $8 admission.