U.S. economy shrank by 1.5% in Q1 but consumers kept spending 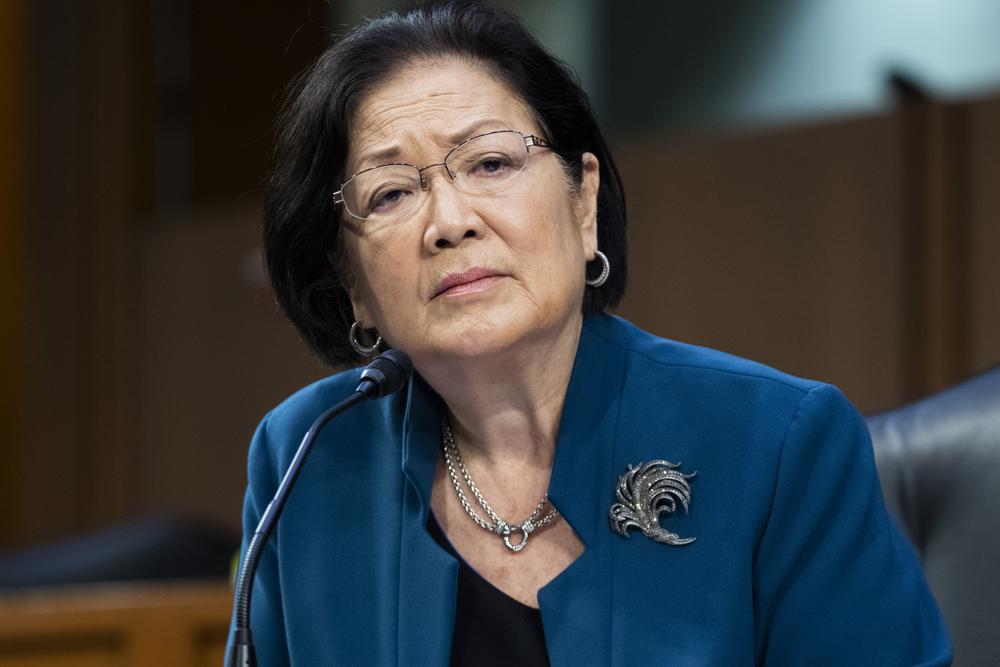 With taxing deal settled, it's now a question of which priorities to kill.

Many progressives have started lining up behind an emerging social and environment bill that’s neither as big nor as bold as they wanted, thanks to an outnumbered but potent band of party moderates who’ve enjoyed a disproportionate say in shaping the measure.

Democrats rolled past unanimous Republican opposition in August and pushed a 10-year, $3.5 trillion fiscal blueprint of the plan through Congress. With talks continuing, the actual package — it reflects President Joe Biden’s hopes for bolstering health care, family services and climate change efforts — seems likely to be around half that size. Prized initiatives like free community college and fines against utilities using carbon-spewing fuels are being jettisoned, and others are being curtailed.

Moderates’ clout flows from the fraught arithmetic of a tightly divided Congress in which Democrats need all their votes in the 50-50 Senate and near unanimity in the House. That’s made centrist Sens. Joe Manchin of West Virginia and Krysten Sinema of Arizona power brokers who colleagues fear would vote no if they’re dissatisfied, blowing up Biden’s agenda and wounding the party’s prospects in next year’s midterm elections.

With party leaders eager to cut a deal and start moving the legislation in days, progressives are grudgingly assessing whether it’s time to be pragmatic, back a compromise and declare victory.

An agreement would bring another bonus — freeing for final House approval a bipartisan, Senate-approved $1 trillion package of road, water and broadband projects that progressives have sidetracked to pressure moderates to back the larger economic bill.

“Of course I don’t like it,” said progressive Sen. Mazie Hirono, a Hawaii Democrat, of the outsize influence moderates have had in compressing the package and erasing some of its provisions. “These are all things that we’ve been fighting for. For decades.” But she said with Democratic unity needed, the party should use the bill to “open the door” to its priorities and then try extending and expanding them later.

“At the end of the day we have to accomplish something, we have to deal with the reality in which we’re living,” liberal Rep. Jim McGovern, a Massachusetts Democrat, chairman of the House Rules Committee and an ally of House leaders, said of his party’s slender congressional margins. “So the question is would we prefer not getting anything, or would we prefer something that can at least be a down payment on some of the transformational programs that we want.”

Only a handful of House and Senate moderates are expressing qualms with the social and environment bill, prompting strong feelings by colleagues.

“At some point, you have to realize that legislating requires respect for the rest of the people you’re working with,” Rep. John Yarmuth, a Kentucky Democrat, a progressive and chairman of the House Budget Committee, said of Manchin and Sinema. “And when you have forced a 50% cut essentially in a giant program, I think you’ve done a disservice to all the people you serve with.”

“I’m pissed off, man,” said freshman Rep. Jamaal Bowman, a New York Democrat and one of the party’s most progressive members, singling out Manchin. “It’s just unacceptable to me that one person from one state can have all this power and make these decisions that will crush my district and districts like mine across the country.”

Manchin has pushed to limit some of the bill’s benefits to lower-earning people. He’s also insisted on an overall price tag of $1.5 trillion, though Tuesday he told reporters he doesn’t know “where it’s going to end up.” With West Virginia heavily reliant on coal production, he’s forced Democrats to drop language fining utilities that don’t move away from heavily polluting fuels and rewarding those that do, which was a pillar of their climate change plan.

Sinema has insisted on limiting the bill’s cost. She’s also opposed Democrats’ initial plan to finance much of the measure by raising income tax rates on the wealthy and corporations, prompting them to consider alternatives such as clamping new levies on billionaires’ wealth. She did say she backs requiring large corporations to pay a minimum tax.

Though many progressives have started touting the wins the measure will carry, they’re not all finished. Many are waging late efforts to rescue or beef up teetering proposals like expanding Medicare and Medicaid coverage, providing paid family leave and letting Medicare negotiate lower drug prices from pharmaceutical companies.

“The vast majority of our priorities are in,” said Rep. Pramila Jayapal, a Washington Democrat who leads the Congressional Progressive Caucus. “But there’s a couple of areas where that’s still not the case. And so what we’ll continue to do is push as hard as we can.”

The preference to keep fighting for a more robust plan is being reinforced by progressive outside groups.

Leah Greenberg, executive director of Indivisible, the grassroots advocacy organization, said Manchin and Sinema are “enabling an agenda that’s out of step with the Democratic Party.” Ellen Sciales, spokesperson for the Sunrise Movement, a group of young environmental activists, said watering down climate change provisions would be “a death sentence for our generation.”

But Biden and top congressional Democrats are pushing to end the party’s infighting and wrap up the measure. As if reading from the same script, some are even using similar catchwords.

“We are on the verge of something major. Transformative, historic and bigger than anything else,” House Speaker Nancy Pelosi, a California, told Democrats at a closed-door meeting Tuesday, according to a person familiar with the session who would only describe it on condition of anonymity.

“I kind of think that’s transformative and historic,” Rep. Hakeem Jeffries, a New York Democrat and another member of House leadership, said of the measure’s components.