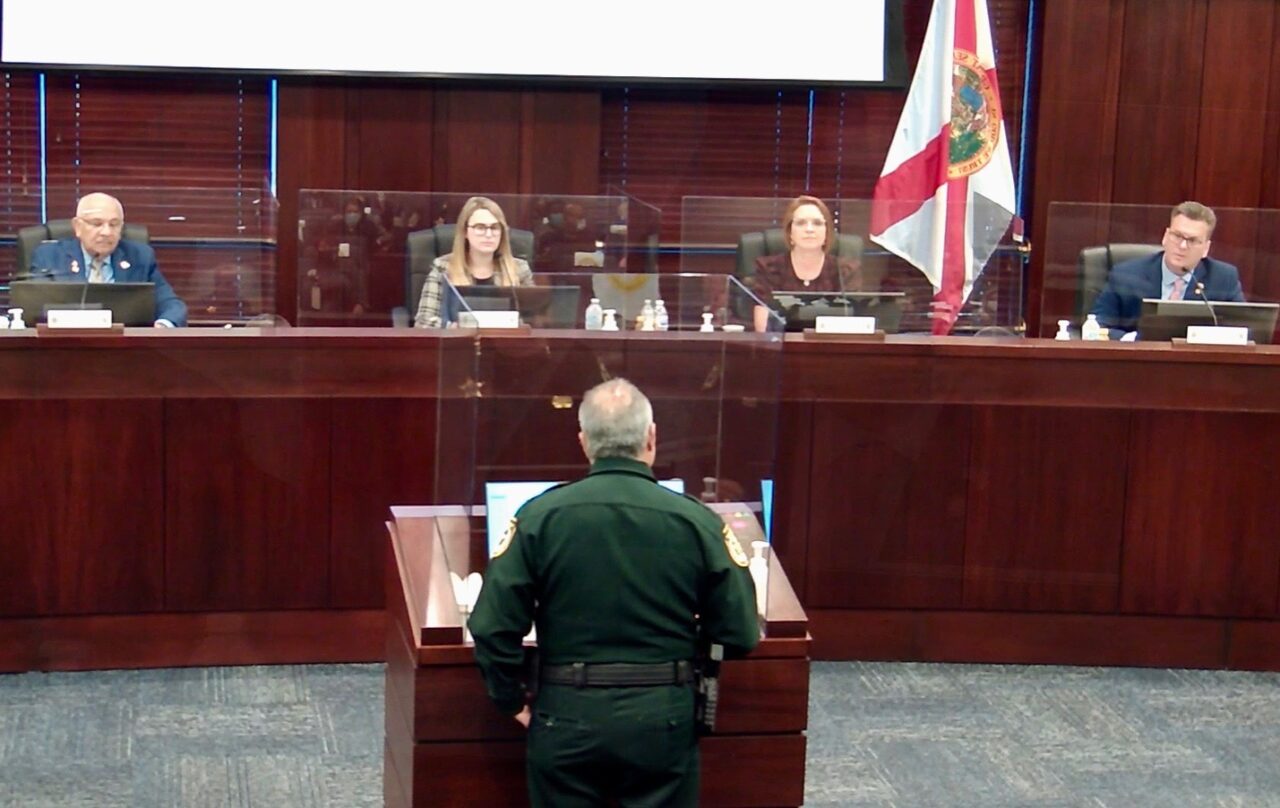 'That's your opinion. Have a good one.'

The cultural-political divide over COVID-19 vaccine mandates sparked a skirmish Wednesday morning at the Osceola County Legislative Delegation meeting between two Democrats who drew opposite views from similar backgrounds.

“That’s your opinion. Have a good one,” the Sheriff blurted, and then he turned and stormed out of the room.

Not counting occasional awkward moments when public speakers demanded such things as election audits, the exchange between Torres and Lopez provided the only testy moment Wednesday. The lawmakers heard pleas from local officials and citizens for cleanup of Lake Tohopekaliga, support for home rule, affordable housing assistance, and local projects such as 10th Avenue in Saint Cloud.

Delegation Chair Josie Tomkow, a Republican representative from Polk City, followed up the Torres-Lopez skirmish with a polite reminder for lawmakers to use their time to ask questions of speakers, not to make comments. But the divide over vaccine mandates already had been displayed.

“I was in the military 22 years. If our Constitution is to be kept and held with honor, I think it’s the choice of the people in order to get their vaccinations. I’m a Democrat. I’m vaccinated,” he continued. “However, I served in the military. I fought in Operation Iraqi Freedom for our people to have choices.”

Torres responded, “Well, I was in the Marines. We got vaccinated, whether we wanted to our not. We didn’t have a choice.”

“My point is: the safety of the public,” Torres continued. “We know first responders interact with our community, and we’d like them to first be safe, in order to perform their jobs. And also to interact in their own families, to make sure they don’t take anything back home. I encourage everyone to get vaccinated.”

“I agree with you,” Lopez interrupted. “Remember: you were in the Marines? So was I. I signed a contract … a lot of civilians don’t sign that contract. That’s something totally different. I don’t know why you’re bringing that up.”

The Sheriff angrily waved a paper at Torres, winked, and said “That’s your opinion. Have a good one.”  He then promptly turned, and left.

Tops among the local asks for the 2022 Legislative Session appeared to be funding requests, backed by Torres and Democratic Rep. Kristen Arrington, for cleanup efforts of Lake Tohopekaliga, which is getting choked by invasive species of water plants.

Primarily, he and others urged additional funding for the Florida Fish and Wildlife Commission to address invasive lake species; $400,000 for a study of the invasive species problem in the Kissimmee chain of lakes; and $375,000 to build a new boat ramp that can accommodate the commission’s boats.

“Our lakes need help. The invasive aquatic plant species here are out of control. Florida Fish and Wildlife is responsible for managing those invasive species in our lakes and each year they indicated they are limited in the funds being appropriated and how they can respond,” Commissioner Arrington said.

Among other asks to the Osceola County delegation:

— Blackwell, Kissimmee City Manager Mike Steigerwald, Commissioner Arrington, and others sought assurances that more, if not all, funding available through the Sadowski Fund will be allocated to affordable housing.

— They also urged the delegation to oppose state preemptions that reduce home rule.

— Steigerwald asked for $500,000 for a public safety training center annex, for fire, rescue, and police special forces training in Kissimmee.

— He also sought money for safety and security enhancements along the Shingle Creek Regional Trail.