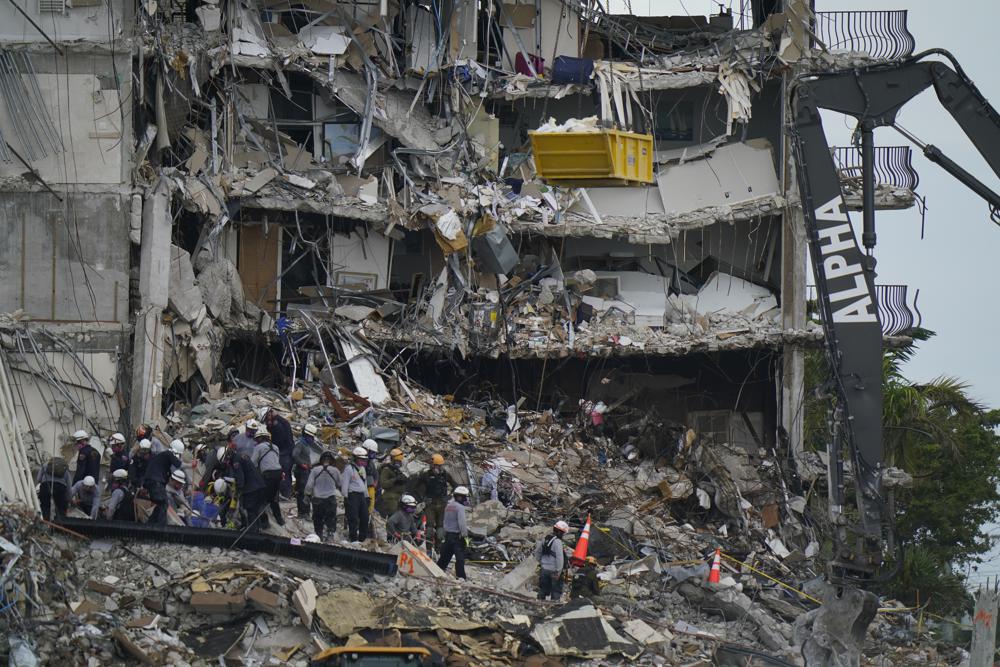 A proposed exemption would also benefit widows and widowers, and blind and disabled people.

The Broward County delegation backs two measures that would reduce property taxes collected from widows, widowers, blind people and those who have lost their abodes in a disaster.

Inspired by the Surfside condo collapse, Sen. Tina Polsky and Rep. Marie Woodson have filed companion bills (SB 568 and HB 71) that would ensure no one whose home was rendered uninhabitable in a disaster like the June 24 condo collapse would receive a full tax bill.

“It fixes that terrible inequity for people who have lost their most important possession through no fault of their own,” said Marty Kiar, Broward County’s Property Tax Appraiser, who vowed to go to Tallahassee to help get the bill passed.

Gov. Ron DeSantis signed an executive order indefinitely suspending property tax bills for Surfside victims on July 9, but he asked for a legislative solution to the problem of providing relief to those who lose their homes through no fault of their own, Kiar said.

The way things are now, people receive a tax bill in November based on what their home looked like on Jan. 1. Woodson and Polsky’s proposal provides a mechanism and a formula for reducing the tax liability based on how many days disaster victims could not live in their home during the calendar year.

The companion bills were modeled on abatements fashioned for victims of other disasters, such as Hurricane Matthew, Kiar said.

“If the Governor did not sign that executive order … think how terrible that would be next month, each one of them and their estates would be receiving a tax bill based on what the property looked like on Jan. 1,” Kiar said.

Meanwhile, Rep. Michael Gottlieb has proposed a bill (HB 13) that would increase the property tax exemption for people who are widows, widowers, blind or determined by federal agencies to be permanently disabled. The exemption would decrease the value assessed for taxation by $5,000. Currently, widows, widowers, blind and disabled people receive a $500 property tax exemption in addition to the standard homesteaded exemption. Sen. Ana Maria Rodriguez filed a companion bill (SB 154).

Gottlieb said it would amount to about $100 less in property taxes every year for those affected.

“That’s a big deal to someone and it’s a great thing,” Kiar said, also volunteering to lobby his former colleagues in Tallahassee to get the measure passed.