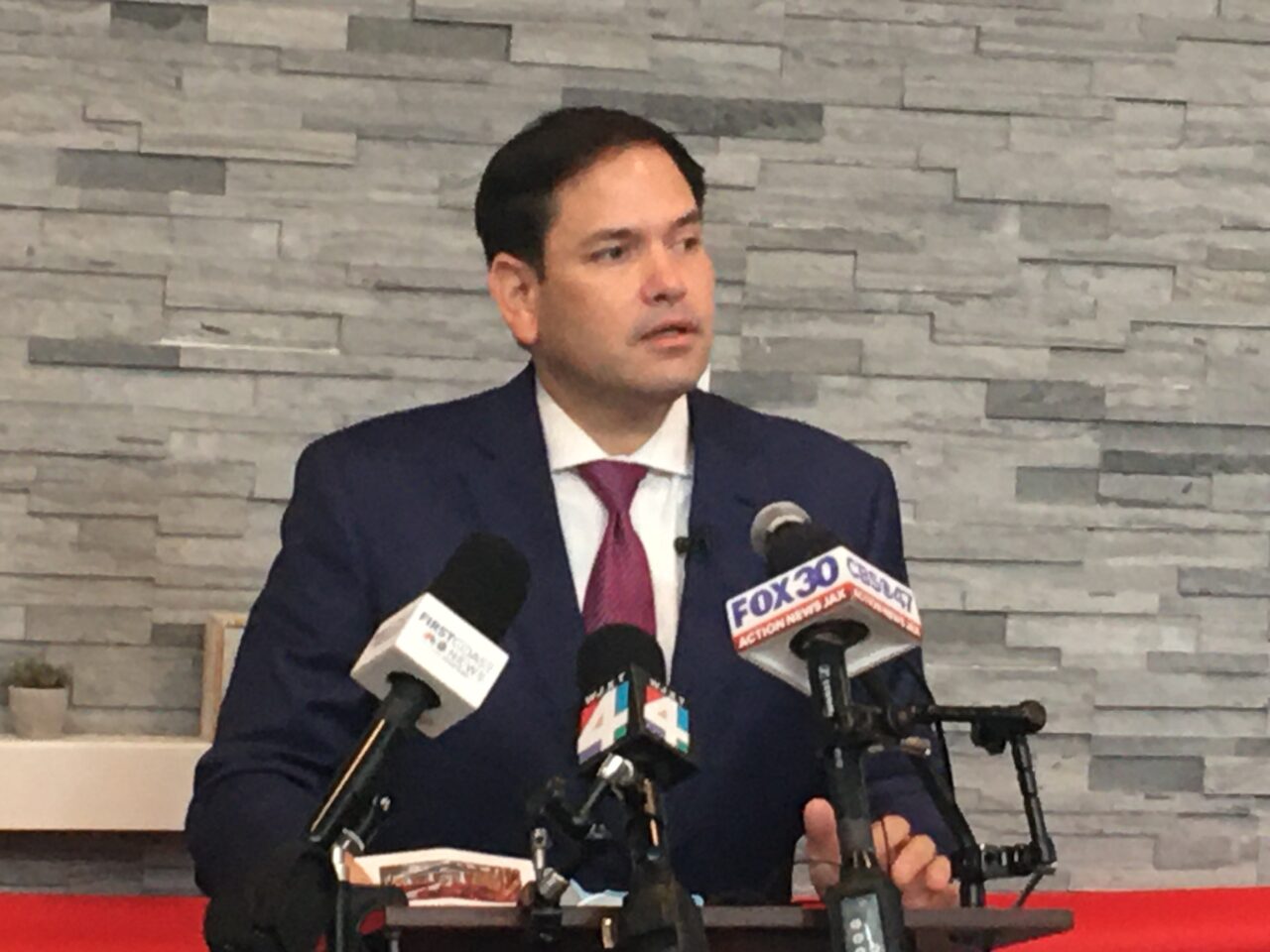 The Senator is concerned faith-based schools will have to make hires they don't like.

When President Joe Biden has an audience Friday with Pope Francis, one Republican lawmaker hopes that the right not to hire “transsexual” teachers is among the topics discussed.

U.S. Sen. Marco Rubio told a national television audience Wednesday he hopes the leader of the Roman Catholic Church tells Biden that faith-based schools are being “targeted” in a “federal takeover of Pre-K and child care.”

“So if someone shows up and they’re an atheist, you have to hire them. If someone shows up and they’re anti-Catholic and you’re a Catholic school, they can’t discriminate on the basis of that. Not to mention if they’re transsexual or lives a lifestyle that goes contrary to the teachings of the church,” Rubio said. “I hope things like that. Religious liberties in the United States are an issue that he raises.”

Rubio asserted during the interview on Newsmax that those schools shouldn’t be cut out of the funding models based on subjective criteria dealing with faith and the right to “apply the teachings” of faith to hiring practices.

Host Sean Spicer asked about the issue of abortion and while Rubio addressed that, he seemed more focused on asserting that Pope Francis should wade into the ongoing policy debate in Washington, asserting the right of schools to “discriminate” for the sake of “religious liberties here in the United States.”

“I don’t know what he will raise privately. What I can tell you that I am very concerned about however is that the church, and not just the Catholic Church but faith communities in the United States, are being targeted to not speak out about these issues here in our country. As an example, as part of this bill they’re trying to put out there, there’s going to be a federal takeover of Pre-K and child care,” Rubio said.

“And what it’s going to say, according to the House bill they’ve already passed on this, is that if you’re a faith-based organization and you want to participate in what will be a Universal Pre-K Child Care federal program. You won’t be able to teach about your faith and you cannot apply the teachings of your faith to your hiring practices,” Rubio added, before lamenting an inability to “discriminate” on the aforementioned subjective criteria.

Rubio’s use of the word “transsexual” rather than “transgender” is more significant than the Senator may have realized.

The GLAAD Media Reference Guide notes a significant difference, offering the following definition of “transsexual”: “An older term that originated in the medical and psychological communities. Still preferred by some people who have permanently changed — or seek to change — their bodies through medical interventions, including but not limited to hormones and/or surgeries.”

“Unlike transgender, transsexual is not an umbrella term. Many transgender people do not identify as transsexual and prefer the word transgender. It is best to ask which term a person prefers. If preferred, use as an adjective: transsexual woman or transsexual man,” the guide adds, in terms of preferred usage.

Beyond the rhetorical choices Rubio made, the changes that could come for certain child care vendors concern religious conservatives.

Stanley Carlson-Thies, founder and senior director of the Institutional Religious Freedom Alliance, told The Deseret News of Utah the language seems designed to “marginalize” religious organizations and block them from getting federal funding if they discriminate in hiring or admissions.

“There’s nothing in it that says faith groups per se are disqualified. It’s just that some of these requirements make it impossible for some of them to take part,” Carlson-Thies told the Utah paper.

It’s uncertain whether any of these issues will come up when the President has his papal audience at the Vatican.

White House Press Secretary Jen Psaki expects a “warm” meeting between the two, with “poverty, combating the climate crisis, ending the COVID-19 pandemic” being among the topics.

“These are all hugely important, impactful issues that will be the centerpiece of what their discussion is when they meet,” she said, according to the National Catholic Register, which devoted some space to delineating differences between the abortion stances of the President and Pope Francis.