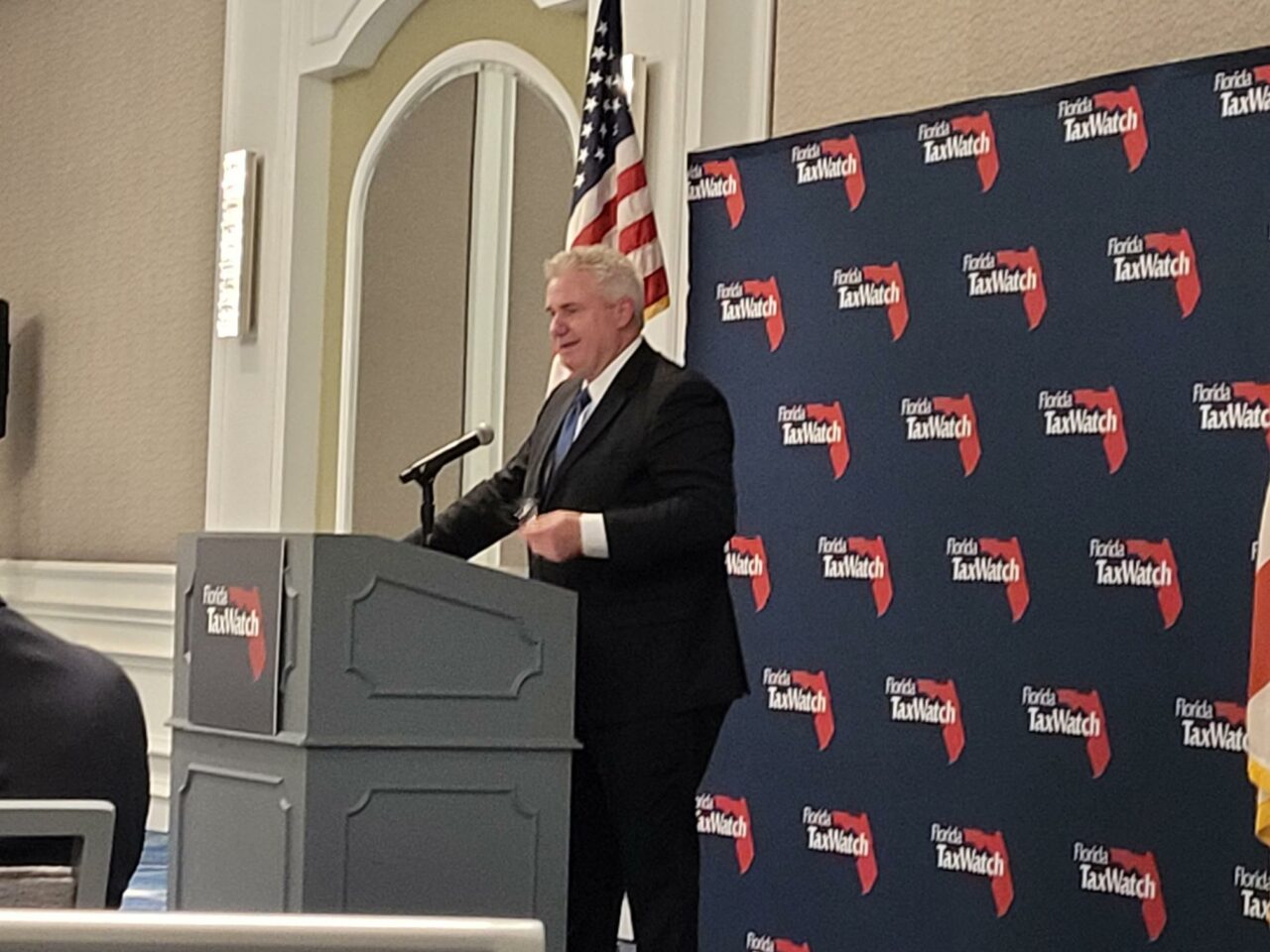 “We can create inflation,” he said.

During a question-and-answer session at the Florida TaxWatch Chairman’s Dinner in Sarasota, Inman said he’s not anxious to burn through every dollar budgeted by the federal government in economic stimulus on top of what the state already spends.

“Give us the money that we can spend the most efficiently and effectively,” he said.

The comments came at an annual event for TaxWatch held at the Ritz-Carlton Sarasota. Dignitaries including former Gov. Bob Martinez were in attendance. TaxWatch President and CEO Dominic Calabro greeted supporters a day before a series of speakers including House Speaker-designate Paul Renner and Sens. Ana Maria Rodriguez and Jim Boyd were set to speak. Chief Financial Officer Jimmy Patronis will serve as the keynote speaker on Thursday.

Also on the agenda, two major recent reports on the impacts of climate change on Florida resiliency and the cost of a data privacy bill gaining steam in the Legislature. Calabro said TaxWatch’s focus remains, as it has for more than 40 years, on Florida’s financial health.

“Let’s take proactive action to look at the long-term impacts for the taxpayers of Florida, the businesses and the economy,” Calabro said.

Before an evening speech, TaxWatch chair-elect Piyush Patel praised Inman’s work before coming to Florida to run DMS, the administrative arm of state government. He worked in the Donald Trump administration under Transportation Secretary Elaine Chao, and Patel praised the fact that, even under strict lockdowns, American goods continued to ship.

Inman credited frontline workers. But he said the chief goal of the Transportation Department at the time was to “allow the economy to work without onerous restrictions.” That stands in contrast, he said, to the supply chain problems facing the nation today.

”Now we’re seeing the true effects on the economy that can start from regulation,” he said, a clear dig at the Joe Biden administration and a threatening supply chain crisis.

As Gov. Ron DeSantis‘ Department of Management Services Secretary, Inman said it has been critical to keep government lean and efficient as the state’s economy grew. That’s all the more important based on the inflation already impacting the state budget. Whether it’s the cost of gas or steel, the value of every state dollar spent returns less value right now than it has in the past, he said.

That’s informing his concerns about the use of American Rescue Plan funds. The state appreciates much of the funding, part of an economic recovery bill Biden signed early this year. But to spend all of it immediately, Inman said, would create its own supply and demand pressures on material, labor and other costs both for the government and in the broader marketplace.

The state can’t simply pocket it and put it in a bank account either, but Inman said in many cases it would be wiser to encumber the money but not spend it right away.