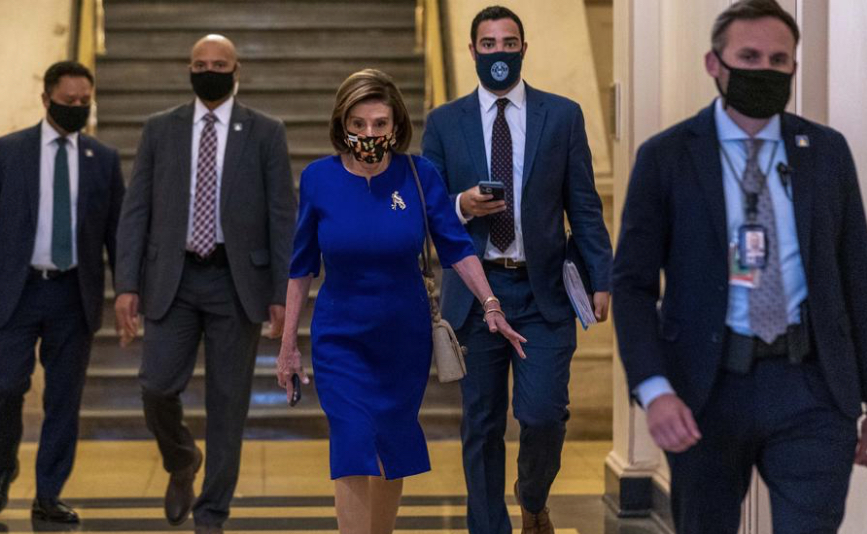 Top Democrats signaled a deal is within reach on President Joe Biden’s big domestic bill, but momentum fizzled and tempers flared as a paid family leave proposal fell out and a billionaires’ tax appeared scrapped, mostly to satisfy a pivotal member of the 50-50 Senate.

With his signature domestic initiative at stake, Biden will head to Capitol Hill on Thursday morning to urge Democratic lawmakers to bring talks on the social services and climate change bill “over the finish line” before he departs for global summits overseas.

Still in the mix: expanded health care programs, free pre-kindergarten and some $500 billion to tackle climate change remain in what’s now at least a $1.75 trillion package.

And Democrats are eyeing a new surcharge on the wealthy — 5% on incomes above $10 million and an additional 3% on those beyond $25 million — to help pay for it, according to a person who insisted on anonymity to discuss the private talks.

“They’re all within our reach. Let’s bring these bills over the finish line.” Biden tweeted late Wednesday.

To help push lawmakers toward that goal, Biden will speak Thursday morning to the House Democratic Caucus, a person familiar with the plan told The Associated Press on the condition of anonymity. Besides pressing for important party priorities, the president was hoping to show foreign leaders the U.S. was getting things done under his administration.

It was a fast-moving day on Capitol Hill that started upbeat as House Speaker Nancy Pelosi declared that Democrats were in “pretty good shape.” But hopes quickly faded as Biden’s big proposal ran into stubborn new setbacks, chief among them how to pay for it all.

A just-proposed tax on billionaires could be scrapped after Democratic Sen. Joe Manchin of West Virginia objected, according to a senior party aide, who insisted on anonymity to discuss the private talks.

The billionaires’ tax proposal had been designed to win over another Democratic holdout, Sen. Kyrsten Sinema of Arizona, but Manchin panned it as unfairly targeting the wealthy, leaving Democrats at odds.

“People in the stratosphere, rather than trying to penalize, we ought to be pleased that this country is able to produce the wealth,” Manchin told reporters.

Manchin said he prefers a minimum 15% flat “patriotic tax” to ensure the wealthiest Americans don’t skip out on paying any taxes. Nevertheless, he said: “We need to move forward.”

Next to fall was a proposed paid family leave program that was already being chiseled back from 12 to four weeks to satisfy Manchin. But with his objections, it was unlikely to be included in the bill, the person said.

nextJoseph Ladapo won't say if he's been vaccinated, but his paycheck now depends on it