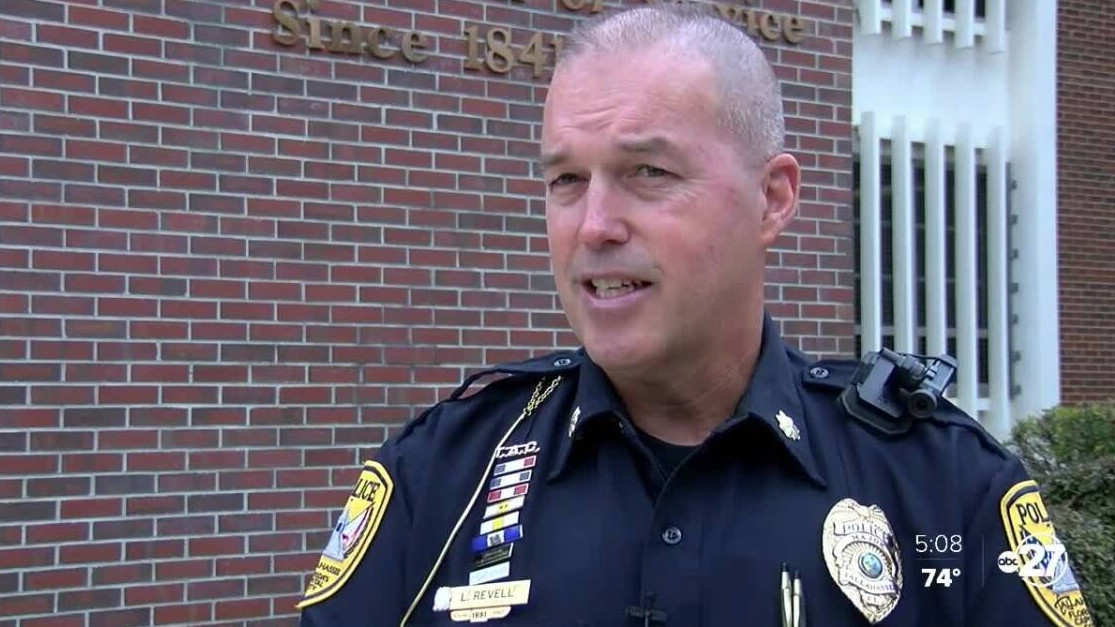 'And I don't think he cares about people.'

A group of Tallahassee community organizations held a virtual news conference calling for the removal of Police Chief Lawrence Revell for his paid attendance and comments during a controversial religious retreat last month.

The news conference was previously planned to be held outside City Hall but was moved online because of rain. It was hosted by more than 10 organizations and featured six speakers who collectively called for Mayor John Dailey and the City Commissioners to instruct City Manager Reese Goad to fire Revell.

During the retreat, Our Tallahassee reports, Revell gave a speech in which he appeared to advocate for promoting Christianity in law enforcement agencies.

“What is it that you want for the men and women that serve your community every day? Hopefully at the very top of that list is for them to know Jesus Christ as their lord and savior,” he said in the speech.

Lauren Brenzel, statewide director of organizing for Planned Parenthood of North, South and East Florida and speaker during the news conference, said it was wrong for Revell to attend an event for an anti-LGBTQ+ organization under his capacity as Police Chief.

“We cannot have a Police Chief who works with organizations that dehumanize, criminalize and promote the suffering of LGBTQ+ individuals and pretend like that is OK,” they said. “When we talk about communities feeling afraid of police, this is why.”

Barbara DeVane, a lobbyist for the Florida National Organization for Women, said Revell’s speech during the conference violated the separation of church and state.

“He does not have the right to represent a government agency using his title and talking about spreading Christianity to police officials, officers, the police force,” she said. “That is the business of preachers and missionaries, not a chief of police.”

During a City Commission meeting Wednesday, Revell said he attended the retreat on his own time and defended the Billy Graham Evangelistic Association.

“They do great and mighty things all around this world,” he said.

He said he does not discriminate against anyone and denied that he proselytizes his beliefs at work.

“How I treat the citizens of this community and how I treat members of my Police Department will never, ever include any type of discrimination. If you want to know whether that is true or not, go ask the men and women of my department,” he said.

Lakey Love, co-founder of the Florida Coalition for Transgender Liberation, said Revell’s comments were inappropriate because he was speaking at an event for chief law enforcement officers where he was recognized as the Tallahassee Police Chief.

“We’re not denying that he’s entitled to his beliefs,” they said. “When you speak publicly and openly, it’s a problem.”

Delilah Pierre, field director for the Tallahassee Community Action Committee, attended Wednesday’s City Commission meeting. She pushed back against his comments that he does not discriminate, arguing his comments during his retreat speech alluded to actions he carried out on the job.

Pierre also discussed Revell’s controversial shooting of 19-year-old George Williams in September 1996. A grand jury found Revell’s actions were justified months after the shooting, but a witness claiming the shooting did not happen as police say was not called to testify. Friends and family members of Williams protested Revell’s appointment to Police Chief in 2019.

“We have to understand that Revell has a significant power and influence over how people in neighborhoods and communities are treated,” she said. “And I don’t think he cares about people.”

“I admire and am grateful to Police Chief Lawrence Revell for sharing his experiences at one of our recent events. He is an experienced and respected civic servant, and he was a great encouragement to dozens of other officers at the retreat,” he wrote in the statement.

Graham also criticized those calling for Revell’s firing in his statement, as well as publicly on his Twitter account.

“It is a shame that certain groups are calling for his demotion or removal because he participated in this event and expressed his faith. I would ask those who are speaking against Chief Revell to respect his rights and freedoms—and give him the same consideration that they expect themselves,” he said.

An email campaign to city officials sponsored by Florida Coalition for Transgender Liberation and promoted during the news conference has resulted in 2,499 emails calling for Revell’s removal at the time of this story’s publication.