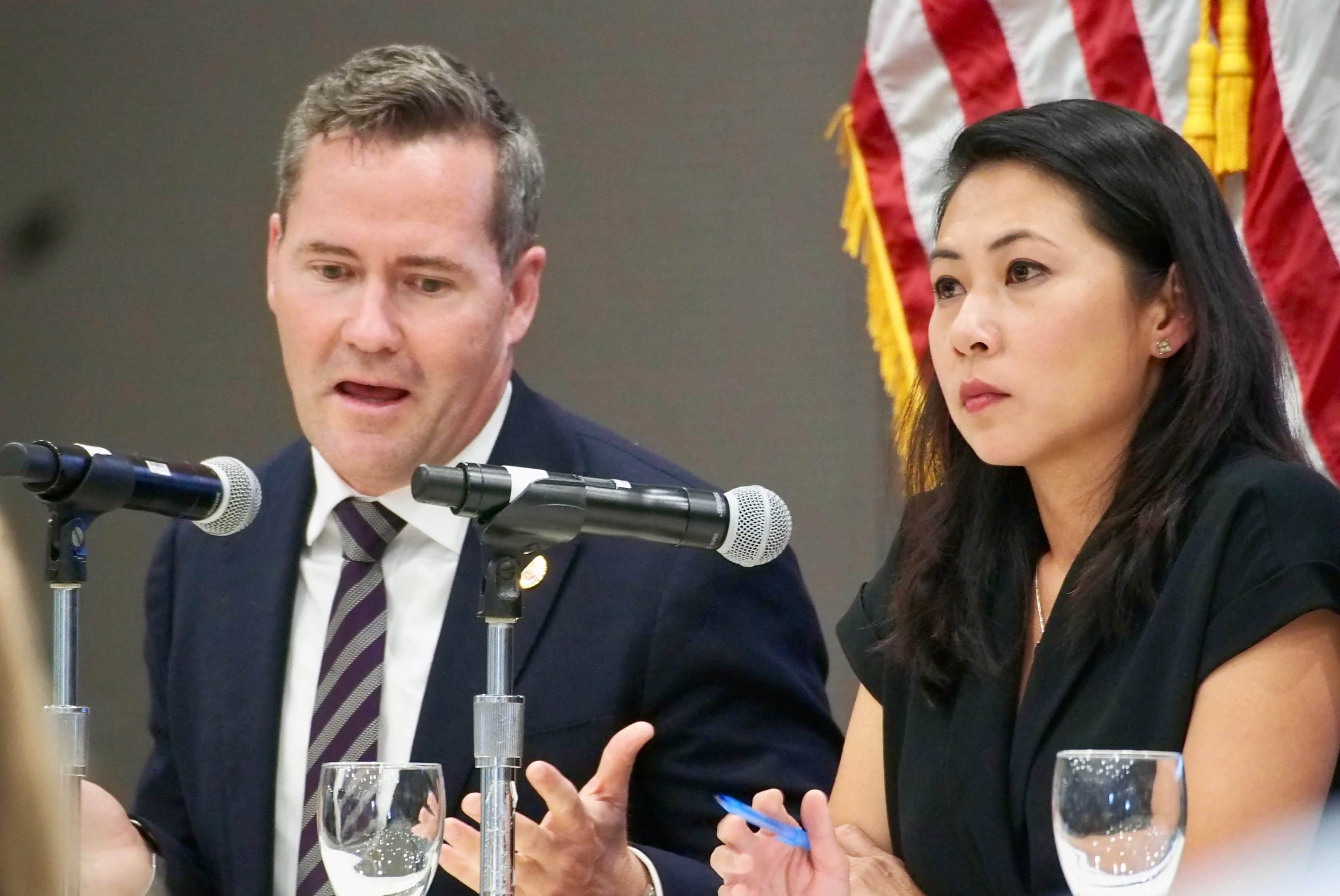 Rick Scott will introduce companion legislation in the Senate with Kyrsten Sinema.

The Coast Guard only intercepts a tenth of the criminal activity it spots in waters off Florida’s coast. U.S. Reps. Michael Waltz and Stephanie Murphy hope a change in the nautical reach of Customs and Border Patrol will provide needed support.

The Florida Congress members on Wednesday introduced bipartisan legislation that could double the contiguous zone defining law enforcement reach into U.S. waters. That would mean Customs enforcement could operate its air and marine operations 24 nautical miles from shore, instead of the 12-nautical-mile limit currently in place.

“Right now, a real issue is that through radar and other types of surveillance assets we have, we know we are intercepting just a fraction of what we see coming in,” said Waltz, a St. Augustine Beach Republican. “With this bill, we wouldn’t spend another dime, but we would create efficiencies.”

Already the Coast Guard can operate 24 nautical miles out, but Customs enforcement cannot. The hope is that CBP could help fill in gaps in Florida’s water border.

“This bipartisan, bicameral bill will enhance the ability of federal law enforcement agencies to conduct their critical missions in the waters around Florida,” said Murphy, a Winter Park Democrat. “By giving these agencies the authority they need to deter or punish drug traffickers and human traffickers, we will strengthen the safety of our communities.”

Based on aerial intelligence available to authorities, the Coast Guard’s Southern Command says its forces only intercept approximately 10% of suspicious boating activity. That means 9 out of 10 criminals won’t even be pursued if they keep far enough from the shoreline.

“Our shores are vulnerable in many ways, whether it’s drugs, fentanyl or human trafficking,” Waltz said. “We need to give our law enforcement the maximum authority we can.”

Waltz said it made sense to work with Murphy because this issue impacts all Florida communities. Outside of Alaska, Florida has the most coastline of any state in the union.

Occasionally, Customs officials’ reach has been extended to be the same as the Coast Guard’s, but only for limited times by executive order. Waltz said this will codify the authority into law permanently if the legislation becomes law.

nextGov. DeSantis goes on the offensive: 'I've only begun to fight'