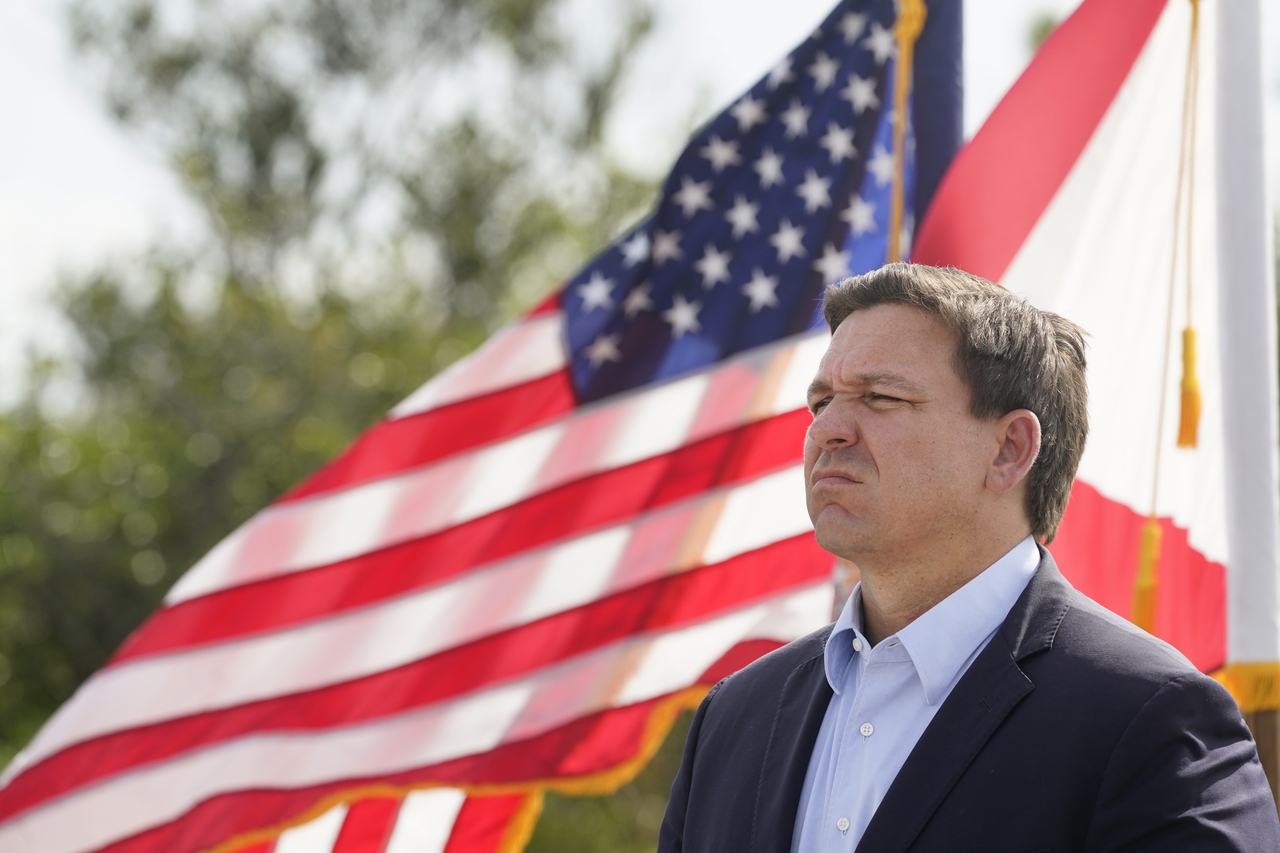 The news conference showed all the hallmarks of a campaign rally.

“I’ve only begun to fight in the State of Florida!” DeSantis exclaimed to a cheering West Palm Beach crowd.

The Republican Governor — a 2024 presidential prospect — blasted Fauci and Silicon Valley’s handling of the COVID-19 pandemic. Big Tech, he argued, is censoring the truth about the Wuhan Institute of Virology.

DeSantis also bashed Fauci over reports detailing the mistreatment of puppies during experiments funded by the infectious disease doctor. In one instance, a Fauci-led agency funded research allowing scientists to force-feed experimental drugs into 44 beagle puppies before killing and dissecting them.

He highlighted Florida’s growing job market and the migration of Americans to Florida amid the pandemic. Many newcomers, DeSantis said, are fleeing high crime. He further criticized calls for heavy-handed public health measures and efforts to defund the police.

“People are voting with their feet,” DeSantis said. “They’re leaving failed states, and they’re trying to come to a state that’s going to be well managed and well-governed.”

Attendees at the news conference cheered and waved signs throughout the event. At one point, spectators began chanting, “Let’s go, Brandon.” DeSantis leaned into the moment, seizing the opportunity to criticize news media.

Birthed out of a misrepresentation by an NBC news reporter, the phrase translates to “F**k Joe Biden.”

“They said way worse about Trump for four years,” said DeSantis, adding: “This chant, I think, is taking on a life of its own because it exposes the dishonesty of these corporate reporters and what they do every day.”

Florida will soon pursue measures to bolster election security, DeSantis announced at the event. DeSantis called on lawmakers to create a state office to “investigate” and “prosecute” election fraud.