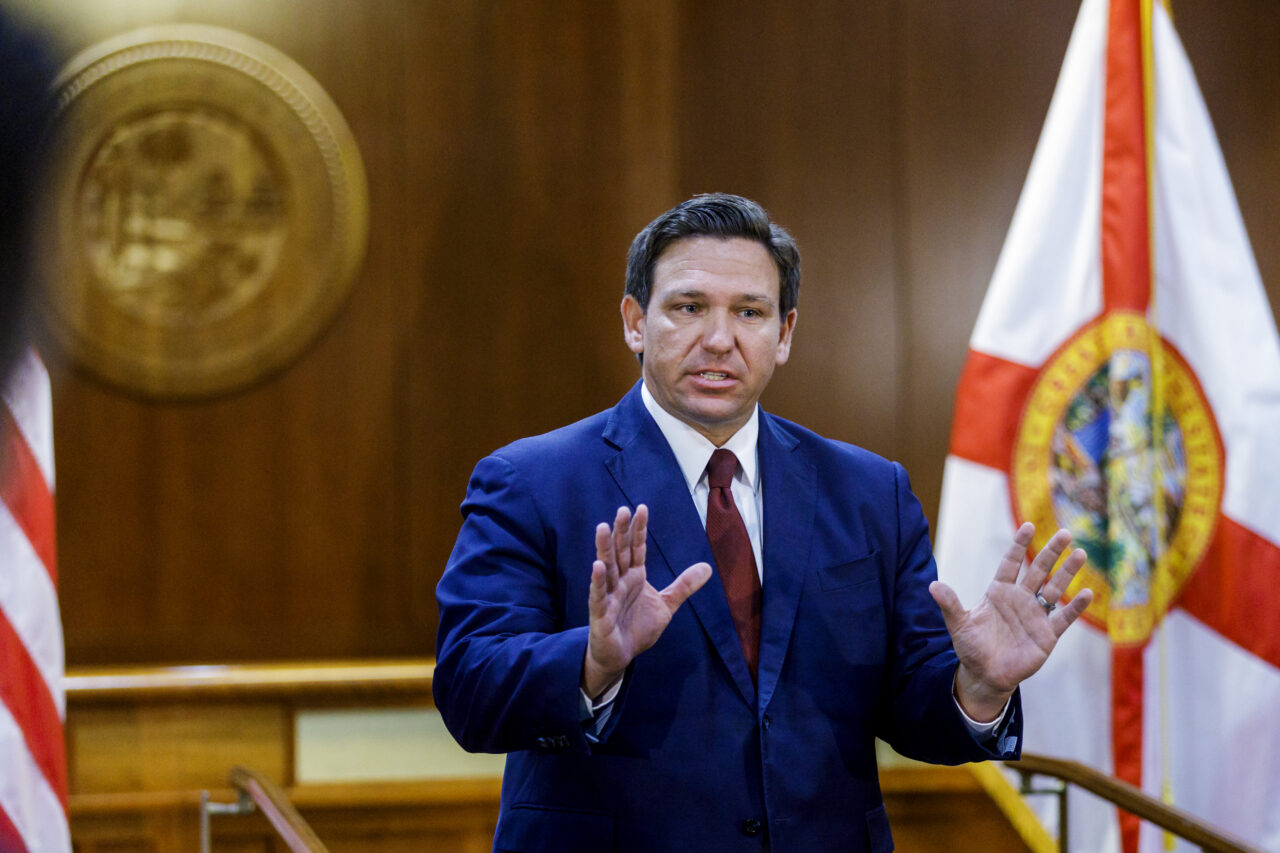 DeSantis is among the latest to cry foul over tax-funded research on live puppies.

According to documents acquired by a government watchdog group, the National Institute of Allergy and Infectious Diseases — led by Fauci — funded research in 2018 allowing scientists to force-feed experimental drugs into 44 beagle puppies before killing and dissecting them.

The dogs — between six and eight months old — were also “devocalized,” according to the report. The procedure involves the slitting of a dog’s vocal cords as a means to stop barking.

In another instance, live-puppies in Tunisia were held in cages and exposed to sandflies. DeSantis lambasted the research while speaking to reporters in North Venice.

“They’re doing cruel experiments on puppies,” DeSantis said. “What they were doing with those puppies is flat out disgusting. It’s despicable. I cannot believe American tax dollars would go to treat those dogs the way those dogs are being treated.”

The remarks rank DeSantis among the latest lawmakers to cry foul over the research. In a letter to the National Institutes of Health, a bipartisan group of lawmakers chastised the tax-funded research as “cruel” and “unnecessary.” Several members of Florida’s congressional delegation signed onto the letter including Carlos Gimenez, Brian Mast, Scott Franklin and Daniel Webster.

“This is a reprehensible misuse of taxpayer funds,” the lawmakers wrote.

The revelations — unearthed by the White Coat Waste Project — are among a trove of NIH documents coming to light amid the COVID-19 pandemic.

“We’ve got to shut that down,” DeSantis said. “You can’t have mad scientists running around playing God like this.”

Though Fauci dismisses aspects of the research, the revelations give fuel to the ongoing “lab leak” origination theory of COVID-19. They also revive calls among Republican leaders for the termination of Fauci, who has served as NIAID Director since 1984.

“I really think Fauci needs to be held accountable,” DeSantis said. “These people, these bureaucrats, they don’t get to just run wild and do whatever the hell they want to with our tax dollars.”