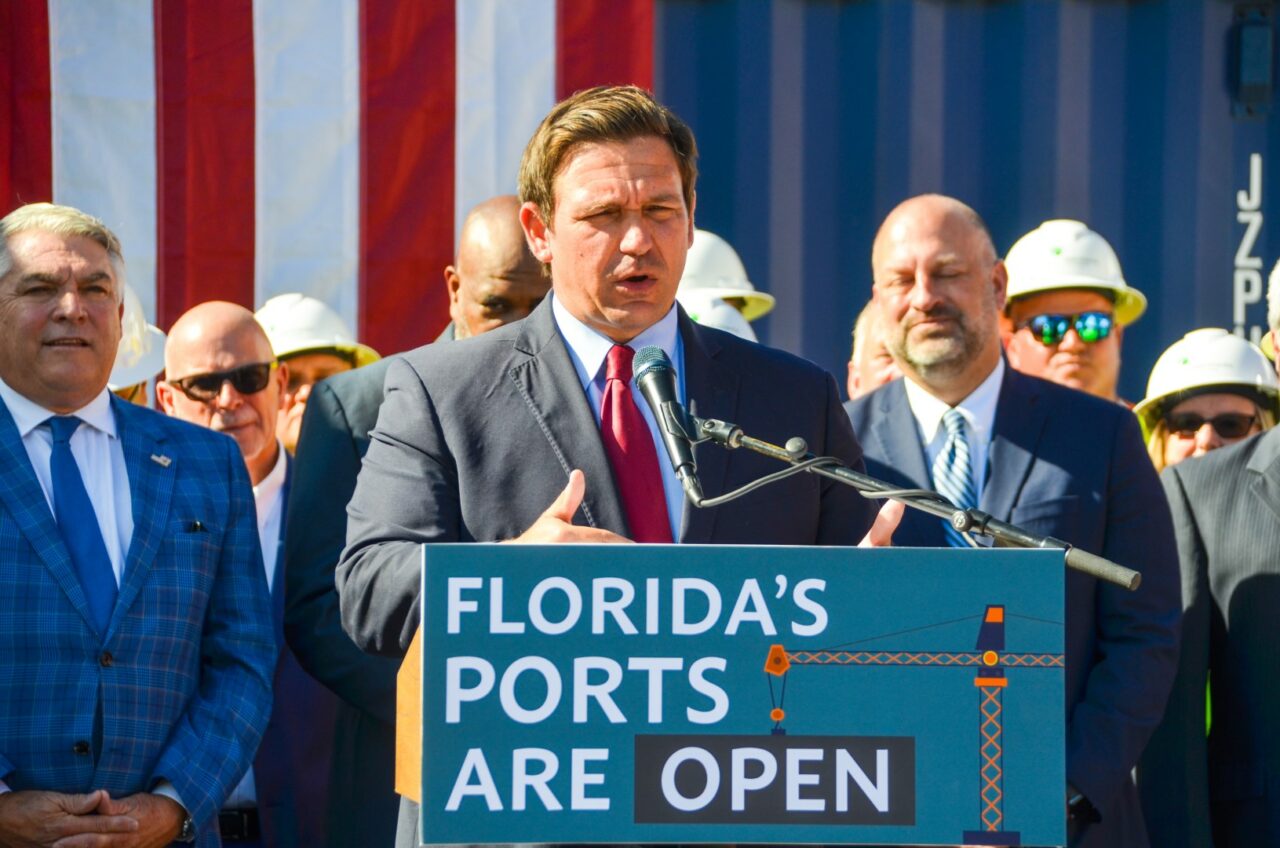 'We have the capacity to alleviate those backlogs.'

Gov. Ron DeSantis says Florida can help reduce nationwide inflation because of infrastructure investments made during his term.

During a press conference Monday highlighting the Sunshine State’s economic growth since he took office, the Governor again railed against inflation, which he blamed on Washington and President Joe Biden.

Inflation rates have reached a 13-year high. Meanwhile, cargo ships are stuck waiting to be emptied at major hubs, such as the Port of Los Angeles, caused by the pandemic-era climb in consumer sales and worker shortages.

“I think we have offered part of the solutions to that with our logistical know-how and ability to help process some of these goods,” DeSantis said. “But at the end of the day, I think this is something you’re seeing across the board, and it is absolutely harming families.”

Under the DeSantis administration, Florida has invested nearly $1 billion in roads, bridges and seaports, the Governor said. He credited that with putting Florida in a position to respond to the shipping logjam derailing the national supply chain.

“You see all those ships off the west and east coasts of the United States that are backlogged. We have the capacity to alleviate those backlogs,” DeSantis said. “People can reroute ships to Florida. All our different ports have incentive packages. It’s something that’s really, really exciting, but it’s something that we’ve put a lot of emphasis on.”

The more goods available, the more supply should be able to meet demand.

Florida Department of Transportation Secretary Kevin Thibault was on hand in North Venice to tout job growth and infrastructure investment, including $2.5 million in new cargo cranes in Port Manatee, $5 million on warehouse improvements, and more.

The Governor’s comments follow a series of claims this month on inflation and supply chain problems, including last week when he said his team would make sure people get their Christmas gifts this holiday season.

If the state could help solve some inflationary problems, others are definitely beyond the state’s control. Unlike President Donald Trump‘s administration, the Biden administration has “choked off,” in DeSantis’ words, domestic gas supply. Instead, Biden has turned to OPEC to lower gas prices.

Many experts have downplayed inflation as transitory, calling it a product of the supply chain problems. However, DeSantis and some economists tie inflation to the federal government’s COVID-19 pandemic response, particularly under Biden.

The Governor says the state has emphasized workforce development under his watch, including through one of his priorities, the Job Growth Grant Fund. But Florida’s pro-business response to the pandemic has also helped businesses stay open even during the rise and fall of COVID-19 cases.

Florida accounted for 84,500 of the 194,000 jobs added in September, and the job growth rate of nearly 1% was higher than that of any other state. According to the Census Bureau, the number of businesses forming in Florida increased 34%.

Businesses have been hoping to get back to 2019 pre-pandemic business levels, DeSantis said. That was the year the Governor took office.

“I can tell you, they’re past 2019,” he continued. “That was kind of the Golden Age. Everyone wished they’d get back. We’re already past that. And really we’re not stopping.”