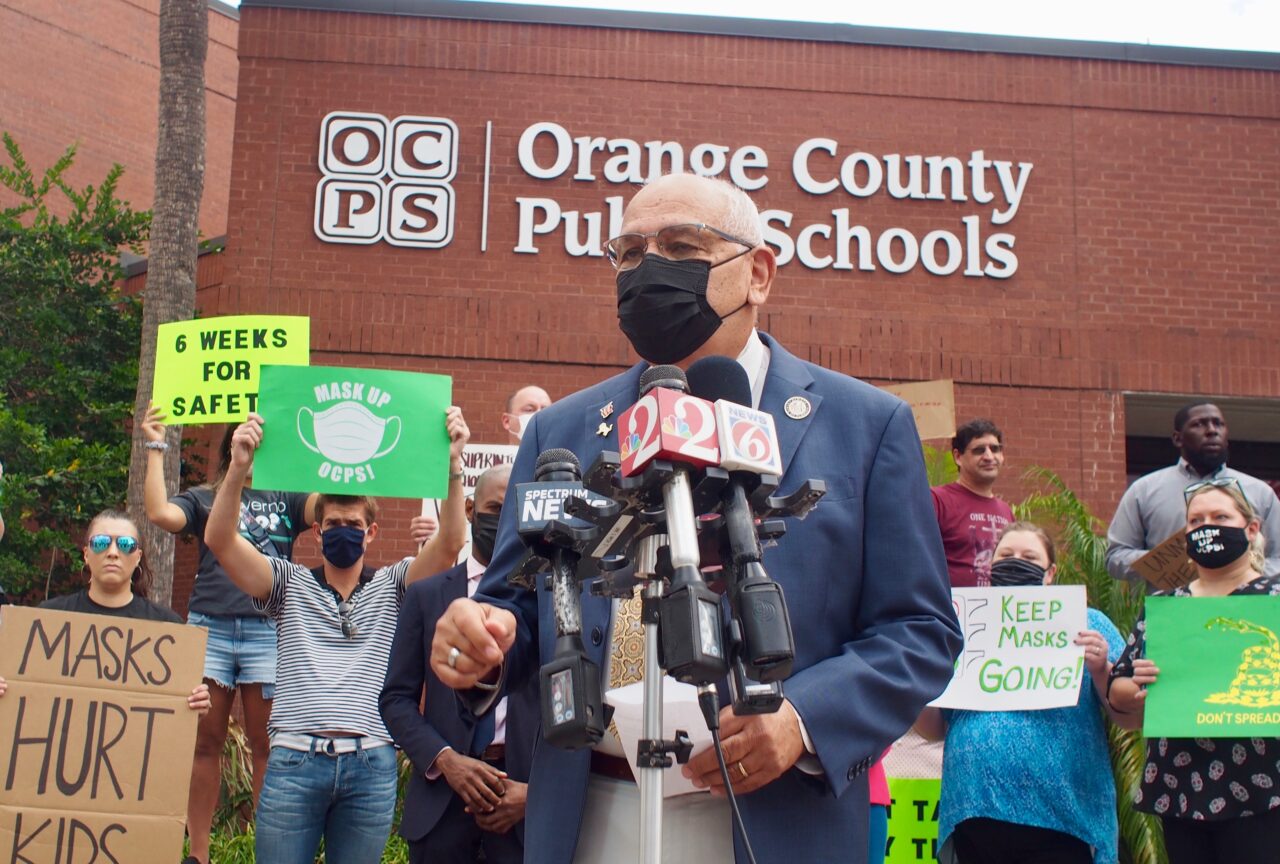 'There is a lot of concern of our Surgeon General's ability to give advice that isn't partisan.'

The trio of Orlando lawmakers may be a small subset, yet they may reflect a hardening rejection by Democrats of Gov. Ron DeSantis‘ recent pick for Florida’s top public health officer. Ladapo’s controversial views on COVID-19 protections preceded him, and now his mask-refusal encounter with Democratic Sen. Tina Polsky last week shocked many lawmakers, including Republicans.

At a news conference Monday about mask policies for school children in Orlando, a question about Ladapo’s citation of research suggesting masks don’t help drew laughter — and then stinging rebukes of the Surgeon General’s and Governor’s positions.

Torres, who would be in position to weigh in on Ladapo’s confirmation should the Senate consider it next Legislative Session, Eskamani, and McCurdy suggested DeSantis brought Ladapo in from California to sell the Governor’s aggressively minimalist COVID-19 policies, not to protect public health.

“Obviously the Surgeon General is under a lot of scrutiny right now,” Eskamani said. “This is someone that came into Florida who already had a history of expressing vaccine hesitancy and standing next to some pretty unqualified individuals with rhetoric that was totally misleading since the beginning of the pandemic.

“I think there is a lot of concern of our Surgeon General’s questionable track record on these issues and his ability to give advice that isn’t partisan,” she added. “And so we look toward other sources of information rather than him at this point.”

The lawmakers’ opinions seemed formed before Ladapo entered Polsky’s office without a mask last week, then denied her request to put one on in her presence indoors. Polsky, recently diagnosed with breast cancer, asked him to leave. Senate President Wilton Simpson quickly responded by blasting Ladapo for “unprofessional actions.”

“You go to the second floor of the Democratic Caucus in our office you’ll see: ‘Wear a Mask’ — required to speak to any Senator up there,” Torres said. “Second of all, the Surgeon General, to me, appeared to be a very, very pro-DeSantis thinking. No masks. No vaccines. This is the problem: You’re not a rubber stamp for the Governor. You’re not a rubber stamp for anyone but for protection of the community.”

Someone in the crowd watching the press conference shouted in Ladapo’s defense, noting he’s a doctor, and he’s from UCLA.

“You talk about doctors coming from UCLA? Yeah, we have a Governor who came from Harvard. Hey, he’s not making the best decisions for our children,” McCurdy said. “Where you went to school, it matters not. And now our Surgeon General is trying to play big bad wolf. He’s doing the Governor’s bidding. But he’s doing it at the expense of our children.”