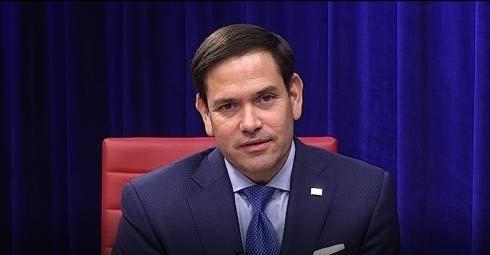 U.S. Sen. Marco Rubio is tired of turning back the clock, year after year. And with Daylight Saving Time set to kick-in, Florida’s senior Senator is blasting the stupidity of time changes.

“We’re about to once again do this annual craziness of changing the clock, falling back, springing forward. We need to stop doing it. There is no justification for it. Let’s go to permanent Daylight Saving Time,” Rubio insists. “The overwhelming majority of members of Congress approve and support it. Let’s get it done. Let’s get it passed, so that we never have to do this stupid change again.”

Indeed, the Sunshine Protection Act, which would make Daylight Saving Time (DST) permanent across the country, was filed again in March. But thus far, it has not been a priority in Washington.

The bill has been introduced only to die every year since 2018, despite Florida being one of 20 states to have passed a resolution urging the end of DST.

“The call to end the antiquated practice of clock changing is gaining momentum throughout the nation,” Rubio said upon introducing the legislation. “Studies have shown many benefits of a year-round Daylight Saving Time, which is why the Florida legislature voted to make it permanent in 2018.”

“The bill would simply negate the need for Americans to change their clocks twice a year,” his Senate office contends.

Rubio has made creative pitches to break the American addiction to clock changing, including invoking the extraordinary circumstances of the COVID-19 pandemic to that end last year.

“Our government has asked a lot of the American people over the past seven months, and keeping the nation on Daylight Saving Time is just one small step we can take to help ease the burden,” Rubio said. “More daylight in the after school hours is critical to helping families and children endure this challenging school year.”

Polling is with the concept: a 2019 survey shows that people dislike time changes.

However, even if this legislation were to finally pass, the mood in the White House is different than when Rubio first brought it forth. Though former President Donald Trump is a fan of permanent Daylight Saving Time, tweeting that “no one likes changing the clock,” President Joe Biden seems agnostic on the matter of clock changes.