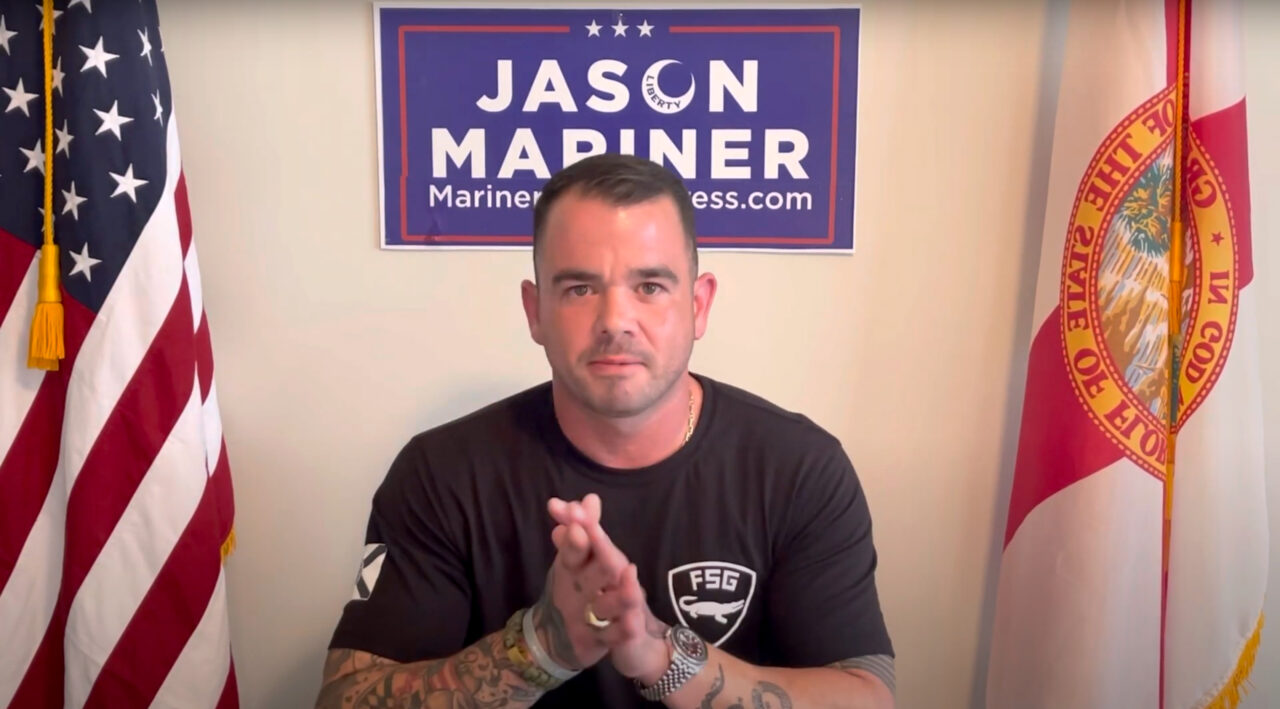 'I guess I trusted the system a little too much.'

The winning Republican in this week’s congressional Primary in South Florida is a former felon who did not go through the state’s process to restore his civil rights after imprisonment, interviews and records show.

That step is required under Florida law for a candidate to hold political office.

It wasn’t immediately clear whether the election’s outcome would be challenged. The General Election will be on Jan. 11. Democrats have held the seat — one of the most Democratic districts in Florida — for more than two decades.

Mariner had served roughly two years total in the Palm Beach County Jail over 2007 and 2012 on charges that included felony theft, burglary, cocaine possession, obstruction and violently resisting arrest, records show. He was open during his campaign about his criminal background, telling voters, “Before running for Congress, I ran from the law.” He also promised he will be tough on crime.

Under new clemency rules Gov. Ron DeSantis announced earlier this year, ex-felons are automatically entitled to have their rights restored — including the right to hold political office — but must submit to a formal process administered by the Florida Commission on Offender Review and Office of Executive Clemency. Under a constitutional amendment that Florida voters approved in 2020, ex-felons can register to vote once they serve their prison terms and pay any court fines.

Mariner confirmed Thursday in an interview he did not go through the process to restore his right to hold office. “No, nothing,” he said. He said later he was confident he was a lawful candidate. “No, it’s not going to be an issue,” he said.

Mariner said he followed the same process as other candidates and noted he was a registered voter.

“As I am not an attorney or official in state government, it is not really my place to answer your legal or procedural questions about Florida law, applicable scenarios, etc., or advise you legally,” he said in an email.

Florida records this week did not include any evidence that Mariner’s rights had been restored. Mariner signed a sworn statement in August he sent to the Florida Division of Elections attesting that he was qualified to run for Congress in Florida.

“All forms of clemency, should they be granted, would be searchable in that database,” said Angela Meredith, a spokeswoman for the Florida Commission on Offender Review. She said privacy rules prohibited her from discussing Mariner’s case specifically.

The new clemency rules describe restoring the civil rights of ex-felons — including the right to hold public office and serve on juries — “automatically upon processing and without a hearing,” but also specify that, “A clemency application is required for the restoration of civil rights.”

It wasn’t clear whether Mariner could retroactively apply to restore his rights after he already won this week’s congressional primary — as long as his right to hold political office was restored before Jan. 3, 2023, when the 118th Congress would convene in Washington.

DeSantis’ press secretary, Christina Pushaw, said Thursday that, in response to questions from a reporter, lawyers in the Governor’s Office were trying quickly to determine whether the state’s rules requiring restoration of civil rights would apply to a Florida candidate for federal office.

A spokesman for the Florida Secretary of State Office, which is responsible for ensuring candidates are eligible to run, did not return phone calls or emails over two days this week.

Mariner on Tuesday night defeated Republican Greg Musselwhite, a former pipe-fitter and welding inspector who also lost the election in 2020 to incumbent Democratic Rep. Alcee Hastings, who died earlier this year. Over two months, Mariner’s campaign committee raised $22,553 and spent $18,310 ahead of the two-person primary, including only modest support from the Republican Party.

Musselwhite laughed Thursday when asked about Mariner’s eligibility. He said he was unsure whether he will contest the outcome. He said he trusted Florida’s officials to confirm his opponent was qualified to run for office.

“I guess I trusted the system a little too much,” he said. He later added: “Best case, they call another special election. Worst case, there will be no Republican on the ballot.”

On the Democrats’ side, election officials were recounting ballots Thursday after Dale V.C. Holness led Sheila Cherfilus-McCormick by only 12 votes, or one-fifth of a percentage point, out of more than 49,000 votes cast.

The deputy director of the Florida Rights Restoration Coalition, Neil Volz, which supported passage of the constitutional amendment and pushed for the new clemency reforms earlier this year, acknowledged that ex-felons under the new rules must submit to a process before they can legally hold political office.

“The nightmare scenario is, someone is eligible but the government bureaucracy is holding hostage the ability for them to move forward with their lives,” said Volz, who had been monitoring Mariner’s political campaign because of his criminal past.

It wasn’t clear why no one raised questions about Mariner’s eligibility as a candidate until after he won the primary. The Supervisor of Elections for Palm Beach County, where Mariner first registered to vote in March 2020, said the state Division of Elections in Tallahassee — under the Secretary of State — was supposed to determine whether federal candidates are eligible.

The South Florida Sun-Sentinel in Fort Lauderdale endorsed Mariner in the Republican Primary and noted that he had regained his right to vote through the constitutional amendment, but its endorsement did not specify whether it had confirmed that Mariner could hold office if elected.

Mariner is the manager of Adskinz LLC, a small advertising firm in West Palm Beach he started in 2017 and pays drivers to affix logos and slogans to their vehicles on behalf of paying advertisers. The U.S. government in April forgave a $24,700 loan it provided to Adskinz under a program to help small businesses during the pandemic.

In his email Thursday, Mariner described himself as “a father, businessman, someone who has turned their life around, and now as a U.S. congressional primary race winner,” and said he understands those who try to overcome past struggles.

Police in Delray Beach said they watched Mariner buy crack cocaine at a home in April 2012, and he tried to swallow it when an officer pulled over his car for speeding moments later, according to court records. He pleaded guilty and was sentenced to 14 months in prison and fined $2,792.

In December 2011, Delray Beach police said Mariner stole a Greyhound Bus sign they found in his apartment and accused him of stealing four brass urns from a cemetery and selling them for $30 worth of scrap metal.

In May 2014, police in Riviera Beach said Mariner spit at and tried to punch another driver and damaged the other driver’s pickup, during a road rage incident in front of a Dunkin’ Donuts.

Mariner also has a history of traffic violations, including tickets accusing him of speeding 93 mph on Interstate 95 last year and careless driving earlier this year. His license was suspended during the summer until August, just before he began campaigning for Congress.

Corbin Bolies reporting; produced by Fresh Take Florida, a news service of the University of Florida College of Journalism and Communications. Boiles can be reached at [email protected].

Corbin Bolies is a reporter with Fresh Take Florida. A rising senior at the University of Florida, he currently serves as a breaking news intern for The Daily Beast. He has also worked as an investigative reporter for the student-run newspaper, The Independent Florida Alligator, and a reporter for Gainesville's local NPR affiliate, WUFT. You can reach Corbin at [email protected]

nextSunburn — The morning read of what’s hot in Florida politics — 11.5.21