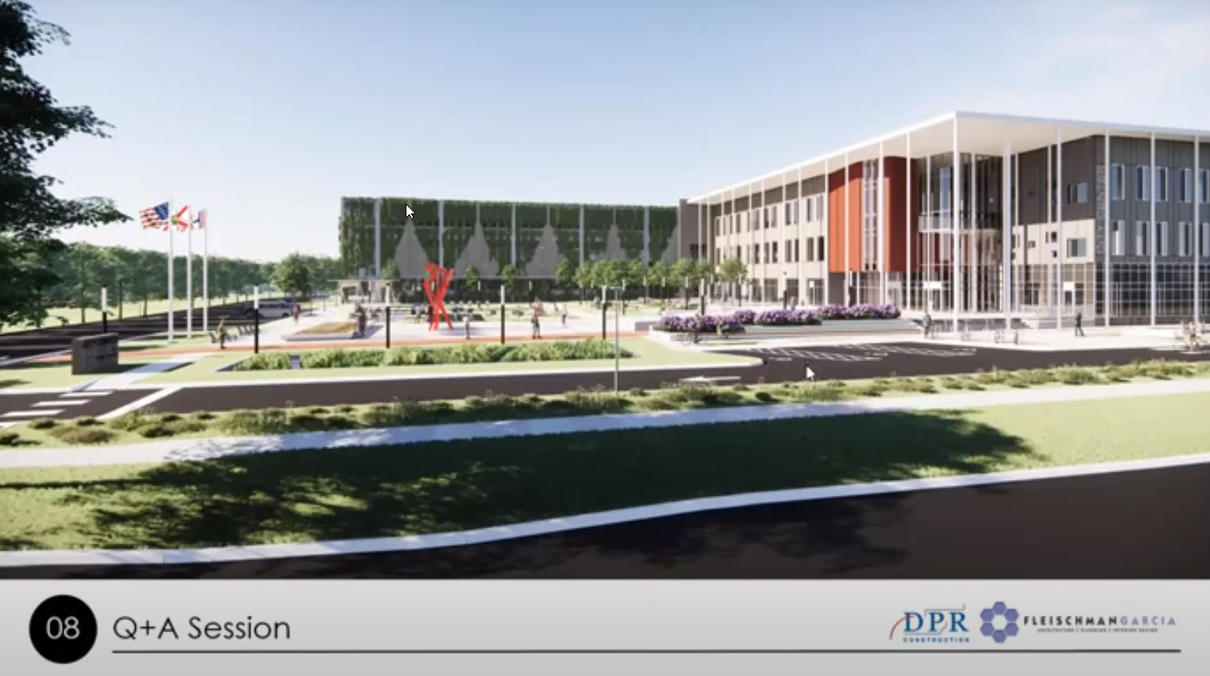 The city hopes the project will streamline agencies and help revitalize East Tampa.

Tampa Mayor Jane Castor pledged in her campaign to “bring government to communities.”

And that, Deputy Administrator of Infrastructure Sal Ruggiero said, is exactly what the City Center at Hanna Avenue will do.

“We wanted to be a government leader,” he told City Council members Thursday. “That’s why we chose East Tampa. Because we think we can put a spark in East Tampa that’ll change the lifestyle of some folks.”

City Council Thursday unanimously funded the $108 million project at 2515 E. Hanna Ave. Council member Joe Citro was absent from the vote, but indicated it had his full support.

The City Center is expected to begin construction in January and be completed by the following spring. As Council Member John Dingfelder pointed out, the city doesn’t look at it as a monolithic “Taj Mahal” for city employees, but a gathering place for the community and an opportunity for community members to easily access frequently used city departments in a single location.

The main building of the complex will be a 161,000 square-foot, three-story building set to house more than seven city departments including, water permitting, workforce development, neighborhood and community affairs and more. There will also be an area for fleet management and a wellness center.

Inside, lounges replace waiting rooms while wide staircases and ample seating are meant to encourage gathering and socialization.

The complex will also feature a Greek Agora-influenced community square filled with vegetation native to Florida, a rain garden and centerpiece sculpture from a yet-to-be-determined local artist.

“This is a multifunctional building that’s for the public,” Ruggiero said. “And we really encourage the use of it.”

The main building will also be topped with more than million dollars worth of solar panels to increase energy efficiency, environmental stewardship and reduce energy costs.

“When we talk about the aesthetics of the building we talked about the solar, the green. All these other buzz words,” Council Member Guido Maniscalco said. “But it’s a 21st Century building with the technology needed where it’s sustainable. It makes sense. And it saves money.”

Many of the departments that will be housed in the City Center are currently spread across the city in buildings needing repair and being rented by the city. Consolidating them in one place could save the city $516,000, according to the finance department. It will also free up some city-owned buildings and properties that can be used to pay down the City Center’s cost. City staff said it looked at renting or purchasing existing facilities, but the cost would’ve evened out with having to renovate and retrofit.

Vic Bhide, director of transportation and stormwater in Tampa, said traffic was closely studied. The city is looking at making sidewalk improvements around the 11-acre site and is in talks with local transportation authorities to provide more bus services and even rail eventually. The city said it will also make improvements to a large stretch of Hanna Avenue.

The East Tampa neighborhood where the city is putting its new center is a majority-minority community and lower income. The City Council and the Mayor’s administration are often criticized for ignoring that part of town and favoring more affluent or up-and-coming areas.

Council members said they hope this project and the improvements being made in the surrounding community will spur development and show East Tampa that it matters to the city.

“This is a big idea that brings government to a part of Tampa that is often historically ignored,” Council Member Luis Viera said. “And it’s being done with great respect for the citizens who deserve that respect.”

Initial plans for the project also included the relocation of Tampa Police headquarters to the campus. But that portion of the project was scrapped after protests and community backlash.