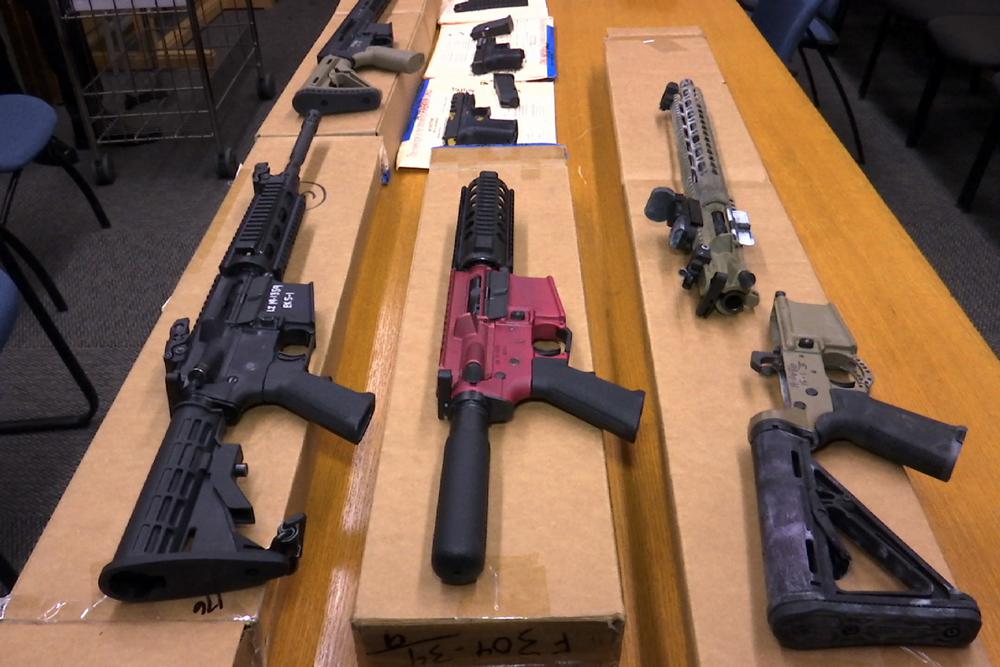 'These guns weren’t contemplated in the current laws.'

Legislation aimed at banning so-called “ghost guns” has landed in Tallahassee. Proponents say it’s a necessary update to the state’s firearm laws, but they acknowledge they face an “uphill battle” passing the proposed law.

Democratic Rep. Christine Hunschofsky of Parkland and Democratic Sen. Tina Polsky of Boca Raton filed twin bills (HB 527 and SB 872) Monday to prohibit the sale of undetectable or untraceable firearms known as “ghost guns.” Such guns are built — sometimes using 3D printers — with unfinished frames or receivers, the serialized piece of a pistol or rifle containing the operating parts of the firing mechanism regulated under federal law.

The receiver or frame portion of a gun, if unfinished even by a small fraction, is unregulated. The Bureau of Alcohol, Tobacco, Firearms and Explosives doesn’t consider unfinished frames for handguns and receivers for long guns, including rifles, technically firearms because they cannot fire a projectile on their own.

Florida has no law restricting untraceable firearms, according to the Giffords Law Center to Prevent Gun Violence.

Hunschofsky told Florida Politics the legislation originated in her office, and she was glad Polsky agreed to carry it in the Senate.

“This was the language we came up with, seeing what was working in other states,” she said. “We tried to work along the lines of what would help move the legislation along and conform it to what was going on in the other states.”

“With little support from the other side of the aisle, it’s incredibly hard” to pass any gun legislation, Polsky said.

“The Republican refrain is, ‘Let’s just enforce the laws that we have and we wouldn’t have problems,’” she said. “Ten, 20 years ago, there was no such thing as ghost guns that were assembled, purchased on the internet or … at a gun show or something with no background checks. These guns weren’t contemplated in the current laws.”

Ghost guns can be bought online, often through “ghost gun kits” that include all the parts and equipment necessary to build at home. They are “widely available” and can be purchased without a background check by anyone, including people barred from buying firearms such as domestic abusers and gun traffickers, according to Brady United Against Gun Violence.

Gun rights organizations, like the Firearm Industry Trade Association, point out that manufacturing firearms without a federal license is already illegal and call the issue of ghost guns a “gun control boogeyman,” arguing Americans “have always had the ability to legally make firearms on their own.”

Better laws that include contemplation of ghost guns is “sorely needed” and would not infringe on any law-abiding person’s ability to buy, possess and use guns, Broward State Attorney Harold Pryor said.

“What this bill does is put accountability on gun training and ownership,” he said.

The bills, if passed, would prohibit after Jan. 1, 2023, the possession, purchase, transport, transfer and receipt of any forging, casting, printing, extrusion, machine body or similar piece of firearm equipment that has reached a stage in its manufacture where it can readily be completed or converted into a functioning frame or receiver.

Exceptions would be made for law enforcement agencies, licensed firearms importers and manufacturers, or if the unfinished frame or receiver is imprinted with a serial number. Antique firearms, relics, federally recognized collector items, guns manufactured before 1969 and guns rendered permanently inoperable would also get a pass.

Subsequent offenders would be charged with a third-degree felony, punishable by up to five years in prison.

Past legislation aimed at banning ghost guns in Florida has failed, including a bill by Democratic Sen. Linda Stewart filed in 2019 that would have banned the manufacture, possession, sale, transfer, importation or distribution of 3D-printed firearms made with strong plastic capable of firing projectiles but undetectable by metal detectors. The bill died without a vote.

A 2015 federal lawsuit had blocked the availability of 3D gun blueprints, which have long been available online. Former President Donald Trump‘s administration settled the suit three years later, allowing the blueprints to again be posted. Another lawsuit resulted in a federal judge in Washington state to issue an injunction blocking their release. In April, a panel of the 9th U.S. Circuit Court of Appeals reinstated the Trump administration order permitting removal of the guns from the State Department’s Munitions List denoting weapons requiring federal approval for export.

“Technology changes at a pace that the law doesn’t always keep up with,” said Fred Guttenberg, whose daughter, Jaime Guttenberg, was among those killed in the Feb. 14, 2018, shooting in Parkland. “Prohibited purchasers of firearms, people who can’t pass background checks, can sit at home, order the components, make a weapon, commit a crime and, because the weapon isn’t serialized, it makes it more likely that law enforcement won’t be able to solve the crime. This is not a world I want to live in.”

But it’s the one Americans are increasingly facing today. In 2019, law enforcement recovered about 10,000 ghost guns. Last year, police recovered 250 ghost guns in Philadelphia and 126 in Baltimore — up from 99 and 29, respectively, the year prior.

On Nov. 14, 2019, Muehlberger’s 15-year-old daughter, Gracie Anne Muehlberger, was shot and killed during a mass shooting at Saugus High School in Santa Clarita, California. Police later identified the semiautomatic firearm the 16-year-old shooter used as a ghost gun assembled from a kit.

Muehlberger has since joined a federal lawsuit calling for the ATF to change its definition of a firearm and demanding that making and selling ghost guns be made illegal.

“Until that, it’s going to take state legislation such as (SB 872 and HB 527) to help make a change,” he said. “I want to make it very clear that I do not feel that this is a partisan issue. I do not think this infringes on the Second Amendment rights in America. I’m not even against gun ownership. I own guns myself. However, they’re way too easy to obtain.”

Having just been filed, Hunschofsky said the bills haven’t yet attracted any Republican support.

“I have had multiple discussions with people and will continue to have those discussions,” she said. “This is about education. There are many people who do not know about ghost guns. They’re not aware of how easy they are to access and what a public safety threat they are.”

“There’s no doubt it’s an uphill battle in this Legislature in an election year, in a redistricting year, when there’s so much going on,” she said, adding that she plans to reach out to state attorneys and law enforcement agencies throughout Florida to build a coalition for the cause. “There’s obviously a big movement to back the blue and support the police by the Republicans, so if we can get the police to help us spread the word and give their support for this bill, maybe we have a chance.”