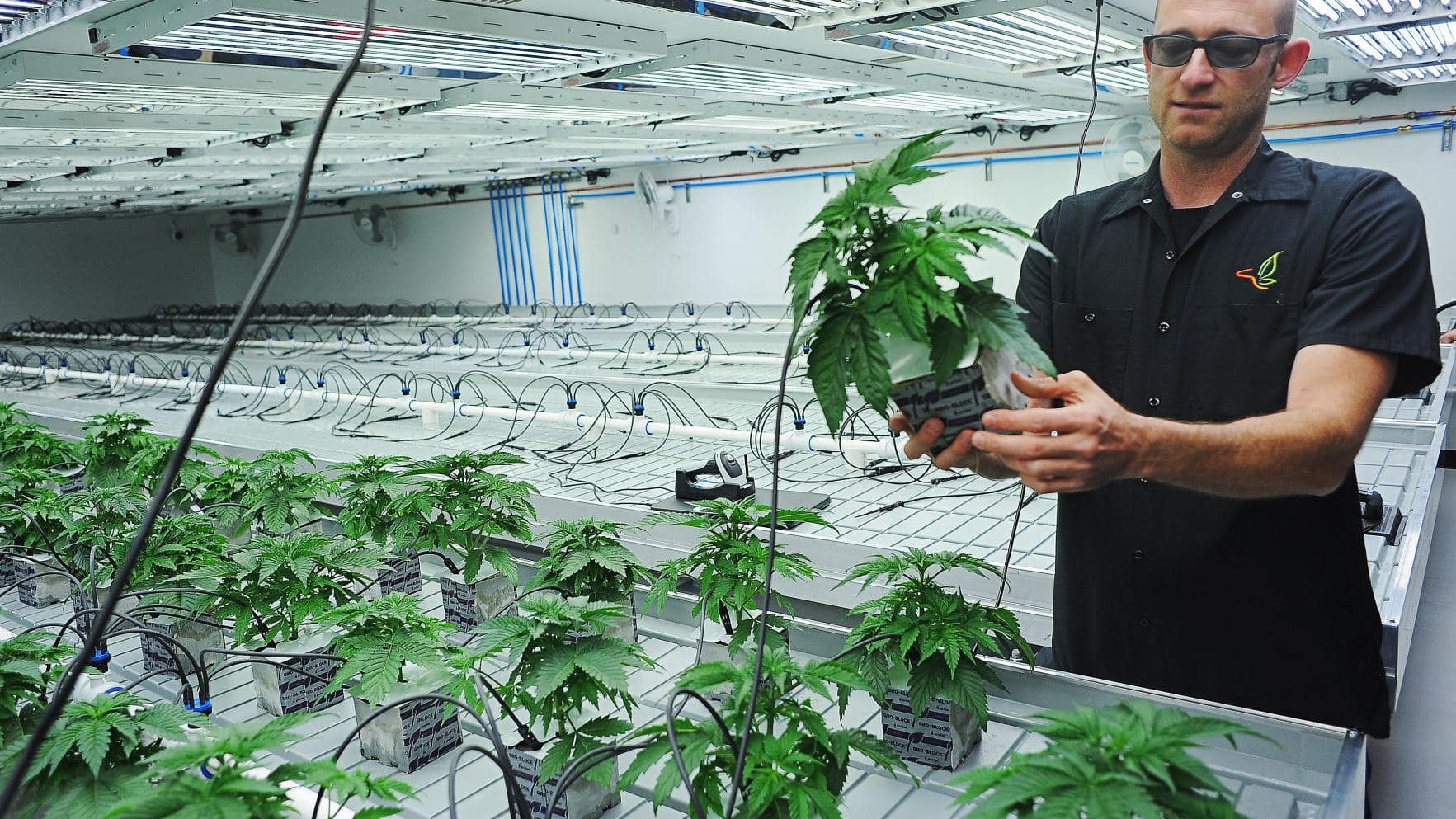 A website makes it easier for supporters email or call their congressional representatives and push for making marijuana legal. State-licensed pot companies also plan to email their customers, put up posters in shops, add information to their apps and otherwise encourage consumers to get involved.

“Legalizing cannabis is long past due, and if we make enough noise, we can make it happen,” actor Seth Rogen, co-founder of a cannabis company and enthusiastic user of the drug, says in a kickoff video. Comedian Sarah Silverman voices another, animated promo.

Eighteen states and Washington, D.C., have legalized recreational adult use of marijuana and a voter-approved measure in a 19th state, South Dakota, is undergoing a court challenge. More than two-thirds of states allow medical marijuana.

But pot remains illegal under federal law to possess, use or sell, so many banks don’t want anything to do with money from the cannabis industry, fearing it could expose them to federal legal trouble.

That conflict has left many legal growers and sellers in a dilemma, shutting them out of everyday financial services like opening a bank account or obtaining a credit card. It also has forced many businesses to operate only in cash, making them ripe targets for crime.

Pro-legalization groups have mounted state and federal campaigns for years, and advocates are split about “Cannabis in Common,” which isn’t focused on any particular piece of legislation. Organizers say it breaks ground by extensively involving major industry players and mobilizing their customers.

“We just feel there’s a larger, untapped group of individuals that we would love to see weigh in,” said Steve Hawkins, CEO of the U.S. Cannabis Council, an industry-led coalition organizing the campaign with HeadCount, a voter registration group. The council declined to disclose the cost.

While cannabis companies have done individual lobbying, this new effort “reaches across all the peccadilloes that every weed interest brings to the table” in hopes of getting past the patchwork of state legislation, said Jeremy Unruh, a senior vice president of PharmCann Inc., which has dispensaries in six states.

More than two dozen companies have signed on, including the vaping brand Pax and such publicly traded corporations as Canopy Growth, Curaleaf Holdings and Cronos Group.

Some nonprofit, pro-legalization groups are joining the effort. But at least one, the Drug Policy Alliance, sees the campaign as overly corporate and not dedicated enough to expunging past marijuana convictions and helping communities and people who have borne the brunt of pot arrests.

“For us, it’s not just about getting federal legalization over the finish line,” says Maritza Perez of the alliance, which convened the nonprofit-focused Marijuana Justice Coalition in 2018 to push for legalization coupled with other reforms. “We have a very specific constituency that we are fighting for, and that’s people who have been impacted by prohibition.”

A proposal to decriminalize marijuana, expunge federal pot convictions and direct pot tax money to communities beleaguered by the “war on drugs” passed the House last year. The measure was reintroduced in this year’s new Congress and recently passed a key committee again.

President Joe Biden has said he supports decriminalizing marijuana and expunging past pot use convictions, but he hasn’t embraced federally legalizing the drug.

A Gallup poll released last week found 68% of Americans favor legalization, including 83% of Democrats, 71% of independents and 50% of Republicans. The survey of 823 adults had a margin of sampling error of plus or minus 4 percentage points.

Pointing to such polls, the new campaign casts legalization as an issue that crosses political divides and has new potential in the Democrat-led Congress.

Senate Majority Leader Chuck Schumer in July became the chamber’s first leader to back legalizing marijuana, pledging to “make this a priority in the Senate.”

And legalization advocates hope to have a champion in Vice President Kamala Harris, who said before her election that making pot legal at the federal level is the “smart thing to do.”

But legalization opponents also think congressional politics are on their side. “It’s still a nonstarter,” says Kevin Sabet, a former Obama administration official who now leads a group called Smart Approaches to Marijuana.

It’s not clear that all Senate Democrats would vote for marijuana legalization, let alone find enough Republican supporters to avoid a filibuster. Congress is otherwise occupied with massive legislation on social services and climate change ahead of next year’s midterm elections.

previousSunburn — The morning read of what’s hot in Florida politics — 11.9.21