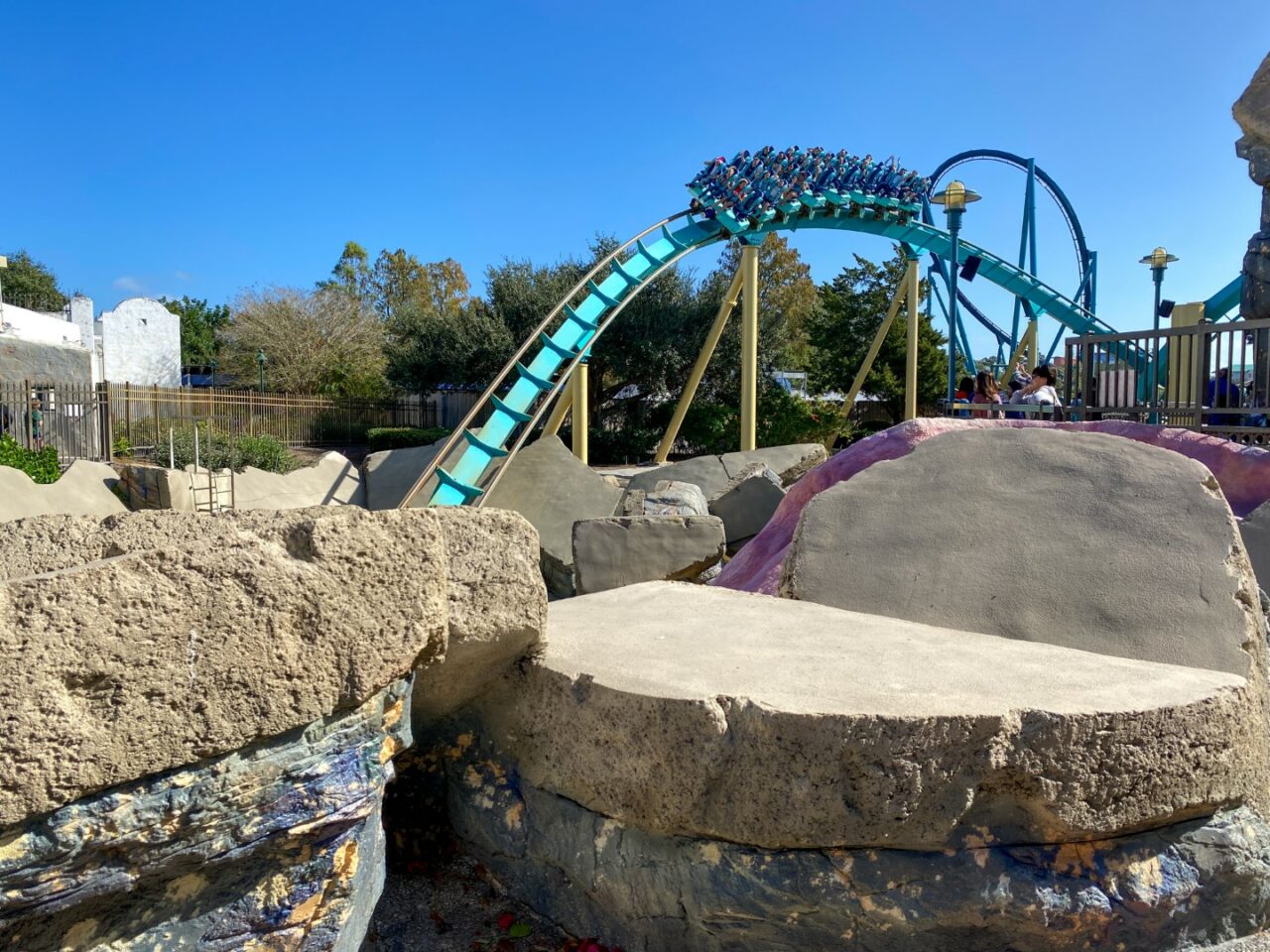 SeaWorld is in growth mode.

SeaWorld Entertainment bought back about $83 million worth of its stock this quarter and spent money on capital projects at its parks, the company’s CEO said Tuesday, as the theme park industry continues to rebound from the costly pandemic crisis.

Fueled by 7.2 million visitors for the third quarter, the parks generated about $521 million in total revenue — a 10% jump compared to a pre-pandemic 2019 third quarter.

Bad weather and no international tourists, who normally make up 10% of the annual attendance, hurt the parks for the quarter, CEO Marc Swanson said.

But overall, Swanson told analysts, “I’m pleased to report another quarter of strong financial results while continuing to operate in a highly challenging and COVID-19 impacted environment. In the third quarter, we generated among our highest revenue and net income ever reported.”

SeaWorld is in growth mode. Swanson has previously said the Orlando-headquartered company is interested in going into the hotel business, naming the Orlando or Tampa parks as possible sites.

“We’re also making progress on our hotel strategy, and we will have more to share about this in the coming quarters,” Swanson said in an update Tuesday.

Swanson also gave promising signs for the parks, which were hit hard by the pandemic. Like Disney and Universal, SeaWorld Orlando shut down for nearly three months last year. The company laid off thousands of employees and was stuck with bills to care for its animals and construction projects while the turnstiles were empty. SeaWorld Orlando reopened last summer with limited attendance but has since been crowded and recently concluded its Halloween festivities that helped bring back more guests through the parks. With Halloween behind them, the company moves swiftly into the Christmas holiday season this week.

Season pass sales are booming, Swanson said, saying the pass base rose by 25% this October compared to October 2019.

SeaWorld Entertainment, which operates 12 theme parks across the country, is also opening a slew of new rides next year.

“Looking ahead to 2022, we have announced what we believe is our most significant and exciting lineup of new rides, attractions, events and upgrades including something new and meaningful in every one of our parks,” Swanson said. “This includes the Ice Breaker roller coaster at SeaWorld Orlando, the Iron Gwazi roller coaster at Busch Gardens Tampa Bay.”

No official opening date has been announced for those pair of Florida thrill rides delayed from the pandemic.

An airplane from the United Kingdom touched down Monday at the Orlando International Airport — the first flight back to the theme park capital of the world since the United States lifted pandemic travel restrictions on foreign passengers.

Those flights are bringing a sense of relief to theme park leaders, like Swanson, who hope the return of international tourists will only help their attendance grow faster.

An analyst asked Swanson how much foreign tourism returning will help SeaWorld parks.

“I don’t think it’s all going to come back at once,” Swanson said. “It may take some time, obviously, but certainly I think we’re pleased that things are moving in a better direction.”