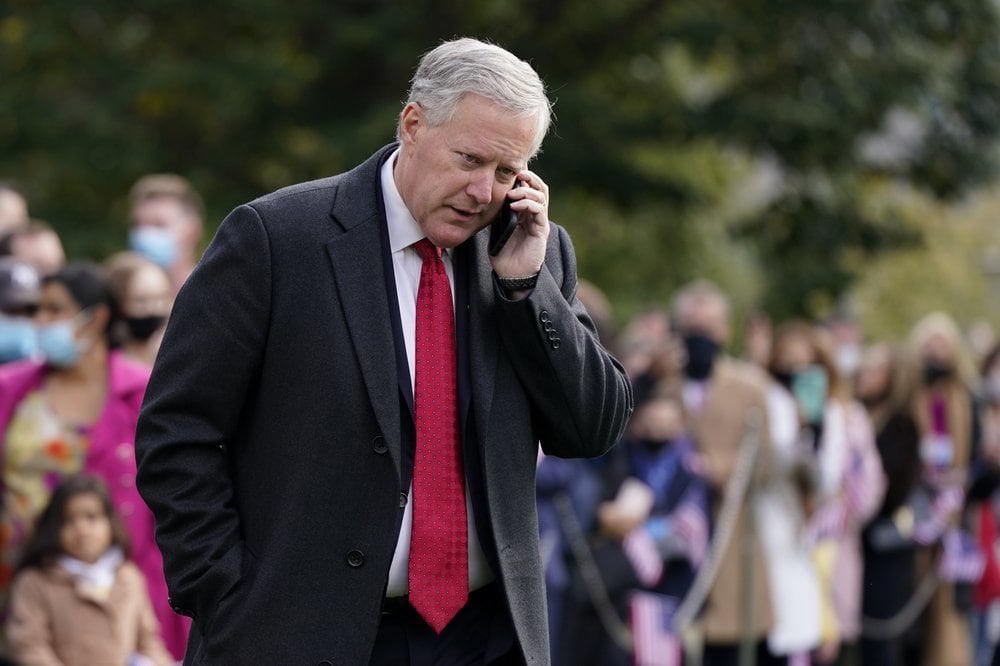 Mark Meadows is considered a key witness in the Capitol Insurrection.

A lawyer for former White House Chief of Staff Mark Meadows says his client will defy a subpoena from a House committee that is investigating the Jan. 6 Capitol insurrection, a move that is likely to trigger a contempt vote against the former Republican congressman.

The Jan. 6 panel had given Meadows until Friday to comply with the September subpoena and appear for a deposition, but his lawyer said that his client has a “sharp legal dispute” with the committee as former President Donald Trump has claimed executive privilege over the testimony.

“Legal disputes are appropriately resolved by courts,” said Meadows’ lawyer, George Terwilliger, in a statement Friday morning. “It would be irresponsible for Mr. Meadows to prematurely resolve that dispute by voluntarily waiving privileges that are at the heart of those legal issues.”

Meadows’ refusal to comply comes amid escalating legal battles between the committee and Trump, who has claimed privilege over documents and interviews the lawmakers are demanding.

As the sitting president, Joe Biden has so far waived most of Trump’s assertions of privilege over documents, and the White House said in a letter on Thursday that Biden would also waive any privilege that would prevent Meadows from cooperating with the committee. U.S. District Judge Tanya Chutkan has also rejected Trump’s arguments, noting in one ruling this week that “Presidents are not kings, and Plaintiff is not President.”

The panel’s proceedings and attempts to gather information have been delayed as Trump appealed Chutkan’s rulings and the House fights for the information in court. On Thursday, a federal appeals court temporarily blocked the release of some of the White House records the panel is seeking, giving that court time to consider Trump’s arguments.

Still, the House panel is continuing its work, and lawmakers have already interviewed more than 150 witnesses so far as they attempt to build the most comprehensive record yet of how a violent mob of Trump’s supporters broke into the Capitol that day and temporarily halted the certification of Biden’s victory.

The committee has subpoenaed almost three dozen people, including former White House staffers, Trump allies who strategized about how to overturn his defeat and people who organized the giant rally on the National Mall the morning of Jan. 6. While some, like Meadows and former White House aide Steve Bannon, have balked, others have spoken to the panel and provided documents.

Meadows, a former GOP congressman from North Carolina, is a key witness for the panel. He was Trump’s top aide in the time between Trump’s loss in the November election and the insurrection, and was one of several people who pressured state officials to try and overturn the results. He was also by Trump’s side during much of the time, and he could provide information about what the former president was saying and doing during the attack.

“You were the president’s chief of staff and have critical information regarding many elements of our inquiry,” the committee’s chairman, Rep. Bennie Thompson, D-Miss., wrote in a letter accompanying the Sept. 23 subpoena to Meadows. “It appears you were with or in the vicinity of President Trump on Jan. 6, had communications with the president and others on January 6 regarding events at the Capitol and are a witness regarding activities of that day.”

In a letter to Meadows’ lawyer on Thursday, Thompson wrote that failure to appear at a deposition on Friday and produce documents would be viewed by the committee as “willful non-compliance” and that the panel will consider contempt charges. Meadows would be the second of the committee’s witnesses to be held in contempt after the House voted to hold Bannon in contempt last month.

Whether either of them would face consequences will be up to the Justice Department, which has so far not said whether it will prosecute Bannon’s case. The panel has been been pushing the department to do so, but Attorney General Merrick Garland has made clear that his lawyers will make an independent decision.

The appeals court will hear arguments Nov. 30 in Trump’s separate case against the committee and the National Archives, an attempt to withhold documents from the panel. The arguments will take place before three judges nominated by Democratic presidents: Patricia Millett and Robert Wilkins, nominated by former President Barack Obama, and Ketanji Brown Jackson, an appointee of Biden.

Given the case’s magnitude, whichever side loses before the circuit court is likely to eventually appeal to the U.S. Supreme Court.

This was republished with permission from The Associated Press.

nextPhilip Suderman: Tampa Bay Rays can — and should — finance their own new stadium