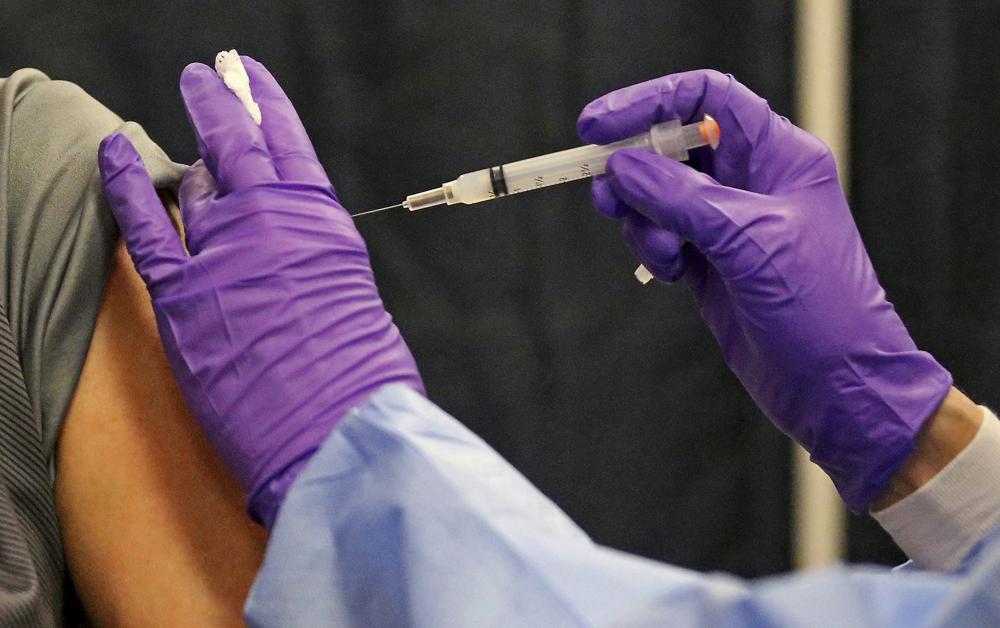 'It has to be a personal choice.'

Florida lawmakers are considering legislation to provide disability or death payments for first responders infected during the pandemic — but not before rewriting the bill to avoid limiting payments to ones who were vaccinated if employers required it.

The changes to the legislation — eliminating an entire section dealing with mandatory vaccinations — reflect the national debate over whether governments can require vaccinations for first responders.

The close-contact nature of policing leaves little room for social distancing, and Gov. Ron DeSantis has worked to prevent local departments from instituting vaccine mandates. Lawmakers have scheduled a special legislative session later this month at the Governor’s request to respond to local governments and private businesses mandating COVID-19 vaccines for employees.

Republican Rep. Elizabeth Fetterhoff of DeLand originally proposed HB 53 to provide workers’ benefits for first responders who contract coronavirus. The measure said they “shall be presumed to have a disability suffered in the line of duty, unless the contrary is shown by competent evidence.”

The bill originally included language saying that for approved vaccines, “an emergency rescue or public safety worker may be required by his or her employer to receive the vaccine,” and said under some circumstances, failure to be vaccinated “disqualifies the worker from the benefits.”

Fetterhoff said in an interview she opposes vaccine mandates for first responders because they could cause mass resignations that threaten public safety. She withdrew her bill just over two weeks after introducing it, and two days later replaced it with HB 117 without references to vaccinations. Both versions were co-sponsored with Rep. Anika Omphroy, a Sunrise Democrat.

“It’s a complicated issue,” Fetterhoff said. “It’s not a fun issue because you’re literally having to look at numbers of people that have passed away. And it’s sad that we have to do something like this to make sure that their families are taken care of.”

Sgt. Justin White, 39, died in August after 15 years with the Port Orange Police Department. His widow, Carlyn White, filed for death benefits through the city’s insurer, which denied the claim because it said there was no evidence he contracted COVID-19 on the job. Fetterhoff said White suffered a concussion during an incident with a criminal suspect and was exposed at the hospital waiting for treatment. Mrs. White’s appeal is pending.

“His wife and four children are being denied the death benefits that he is entitled to, and that they’re entitled to,” she said.

The Whites had already filed for bankruptcy protection in federal court the summer before the pandemic hit, saying they owed $344,581 to creditors they couldn’t pay, including more than $81,000 in student loans. The bankruptcy case was closed earlier this year, with the family allowed to write off most of its credit card debts after giving up their vehicles.

Fetterhoff said some insurance companies oppose the bill, but she is working to win support from DeSantis and Florida Attorney General Ashley Moody.

Ruby Whisenant, a registered nurse at Palms West Hospital, said she can’t go one day without mourning the loss of her husband, Lt. Adam Whisenant, who she said died from COVID-19 complications at just 48 in April. Whisenant served in law enforcement for 30 years and spent eight years working for the Florida Division of Alcoholic Beverages and Tobacco in West Palm Beach.

Before Whisenant contracted COVID-19, he and Ruby discussed bereavement packets, which he never liked filling out, she said. They even discussed potential burial places should he lose his life in the line of duty.

Whisenant did not meet the requirements to receive a vaccine during the initial Florida rollout in early 2020, and his wife said he caught it while at work twice; the second infection proved fatal.

“He caught it six months apart, so he never really healed from the first time completely before he caught it the second time,” Ruby Whisenant said. “It is real, it hits hard, it hits home.”

The Jacksonville Sheriff’s Office lost two officers to COVID-19: Lt. Christopher Cunningham, 48, and Auxiliary Sgt. Louis Livatino, 71. The sheriff’s office recognized their deaths as being in the line of duty, said Tami Rush, a spokeswoman for the sheriff.

“Every one of them was a friend, co-worker, etc.,” she wrote in an email.

The Jacksonville and Palm Beach County sheriff’s offices, like all others in Florida, do not require deputies to receive vaccines or wear masks.

Fetterhoff said she was worried requiring vaccines could cause officers and deputies to quit when departments were already short-staffed.

“It has to be a personal choice,” she said. “We have enough law enforcement officers or firefighters walking off the job because you’re requiring there to be a vaccine mandate, and they don’t feel comfortable putting it into their body.”

In New York City, where vaccines are required for all city employees, 91% of staff are now vaccinated. Union representatives said 9,000 workers out of 370,000 were placed on unpaid leave for their refusal to be vaccinated.

DeSantis also has said he wants to offer law enforcement officers who relocate to Florida, and who never worked previously in the state, a $5,000 bonus to work here — whether or not they were vaccinated. So far, no bill authorizing such payments has been formally proposed for the next Legislature to consider.

Fetterhoff said she hopes her bill would ensure employers care for first responders and their families when COVID-19 infections lead to a prolonged illness, loss of income and death.

Six months have passed since Adam Whisenant passed away, and for Ruby Whisenant, his legacy lives on as she continues to miss and love him every day.

“You have a husband who fought so much for the community,” she said. “Yet, he’s fighting for his life and you’re fighting for him too. He was loyal to his job, and unfortunately, that’s what took his life.”

Kristin Bausch reporting; produced by Fresh Take Florida, a news service of the University of Florida College of Journalism and Communications. The reporter can be reached at [email protected].