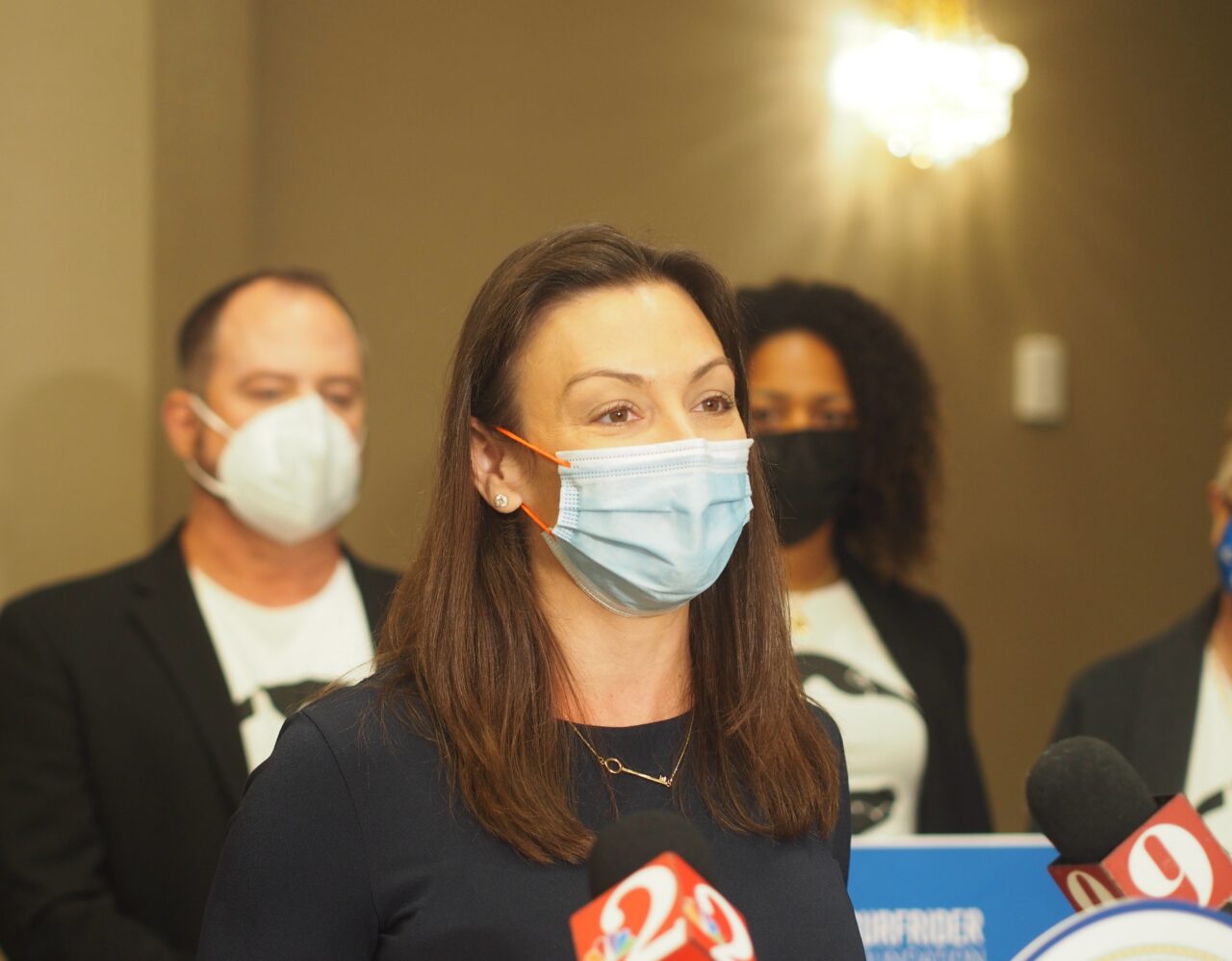 The proposal would have food retailers report polystyrene use, and then meet reduction goals.

Agriculture Commissioner Nikki Fried has begun pursuing a new rule-making process to mandate a phase-out of plastic foam packaging by thousands of businesses regulated by the Department of Agriculture and Consumer Services.

Fried, a Democratic candidate for Governor, on Monday joined business and environmental leaders after the departments held a rule-making workshop in Orlando on a proposal to force stepped reductions in polystyrene plastic packaging used at grocery stores, food markets, gas station convenience stores and other businesses regulated by her department.

The rule, should it be adopted — not if, but “when; we are doing this,” Fried insisted Monday — would target the foam packaging that has been at the forefront of environmental and public health concerns for decades, as it is not biodegradable and is made up of chemicals that are poisonous to humans and to animals.

“Everyone at some point has their food or drink from a Styrofoam (a brand name often used colloquially to refer to polystyrene) cup, bowl, plate or to-go boxes like this,” Fried said, holding up a clamshell-style to-go box made of polystyrene. “They might be convenient. But there is a hidden danger to public health from these disposable consumer products.

“Studies have shown that chemicals in polystyrene foam may be linked to cancer, vision and hearing lost, birth defects, respiratory irritation, and damage to the liver, kidneys, among other public health impacts,” she said.

Fried is proposing a rule that would require businesses regulated by her department — and she said there are 40,000 — to submit reports on how much foam packaging is used each year. She said that would give the department baseline data. The proposal then would mandate the businesses reduce that amount incrementally each year by switching to biodegradable, safer alternative packaging materials like bamboo and hemp.

Details would evolve through the public workshop and hearing process, she said.

Her department has only so much reach. Many more stores, restaurants and other businesses in Florida are regulated by the Department of Business and Professional Regulation. That department is controlled by the Governor.

“This is a monumental change for consumers, public health, and the environment,” she said. “But it is not one that we are doing alone. Six states have begun fully phasing out polystyrene, joined by local governments in ten other states.”

That includes local ordinances and programs in Gainesville and Orlando, though Gainesville City Commissioner David Arreola said his city’s law got preempted by the Legislature and Gov. Ron DeSantis. Orlando’s program bans polystyrene in city-owned venues, including Camping World Stadium.

Fried also said she will be promoting Florida agriculture to produce the crops to provide resources to Florida businesses to market natural packaging materials.

“As Floridians, we have an obligation and a responsibility to take on sustainable business opportunities to remove single-use plastics such as polystyrene from our grocery stores and convenience stores and to replace them with ecologically friendly substitutions through this rule,” said Nicole DeVenoge, Florida policy manager of the Surfrider Foundation.