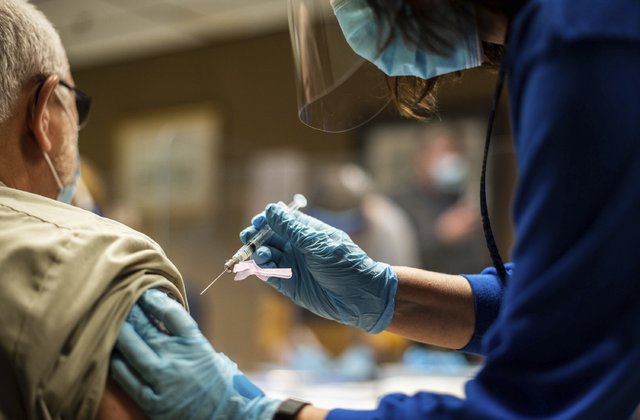 Lawmakers empowered the state Surgeon General to mandate vaccinations in the aftermath of Sept. 11.

A Senate bill that would strip the state Surgeon General of authority to mandate vaccinations during a public health emergency cleared its final committee stop on Tuesday.

The Senate Appropriations Committee advanced the bill (SB 8) along a party-line vote. The measure now awaits the Senate’s full consideration.

Under a Republican bill passed in 2002, lawmakers granted the Surgeon General emergency powers, including the authority to mandate vaccinations or quarantine “by any means necessary.” A staff analysis noted the measure was passed amid ongoing national security concerns after the Sept. 11th attack.

Notably, those concerns included a separate bioterrorism threat. At the time, letters containing anthrax — a deadly bacterium — were mailed nationwide, resulting in the deaths of five Americans, including a Florida journalist.

If passed, the Surgeon General would still retain a slew of emergency powers, including the authority to forcefully examine, test, treat and quarantine an individual during a public health emergency “by any means necessary.”

Bean characterized the measure as an opportunity to prevent abuses of power and respect individual freedom.

“What I think about is a police officer or some law enforcement, holding somebody down against [their] will,” Bean said. “That picture is coming … of somebody being held down against their will and having a vaccine or whatever it is injected into their person.”

Though the measure passed along a party-line vote, at least one fellow lawmaker wished the effort went further. Republican Sen. Jeff Brandes questioned why the bill wouldn’t instead limit the Surgeon General’s powers to recommendations.

“Don’t we still have the force in there because we’re allowing them to force treatment?” Brandes asked after describing a situation in which a law enforcement officer may restrain a civilian while medical staff administers COVID-19 antibodies. “Without dealing with the word treatment, we’re only going halfway where we need to go.”

Bean’s proposal is among a handful on the agenda during a five-day Special Session dubbed “Keep Florida Free.” The Session, ordered by Gov. Ron DeSantis, aims to thwart COVID-19 vaccine mandates in Florida.

Try as they might, outnumbered Democrats have accomplished little to slow or stop any Special Session proposal.

Democratic Sen. Jason Pizzo made a historical argument, noting that George Washington once ordered the vaccinations of troops in 1777 and described it as a necessity against the deadly smallpox virus.

Pizzo also lamented that lawmakers did not reconvene the last time a police officer forcefully held a civilian.

“That happened in May of 2020,” Pizzo said of George Floyd, a Black man murdered by a now-former Minneapolis police officer. “We didn’t come for a Special Session even though millions marched for it.”

If signed into law, the measure would take effect immediately.

Meanwhile, a companion bill (HB 7) awaits the consideration of the full House. Republican Rep. Alex Andrade is the sponsor.