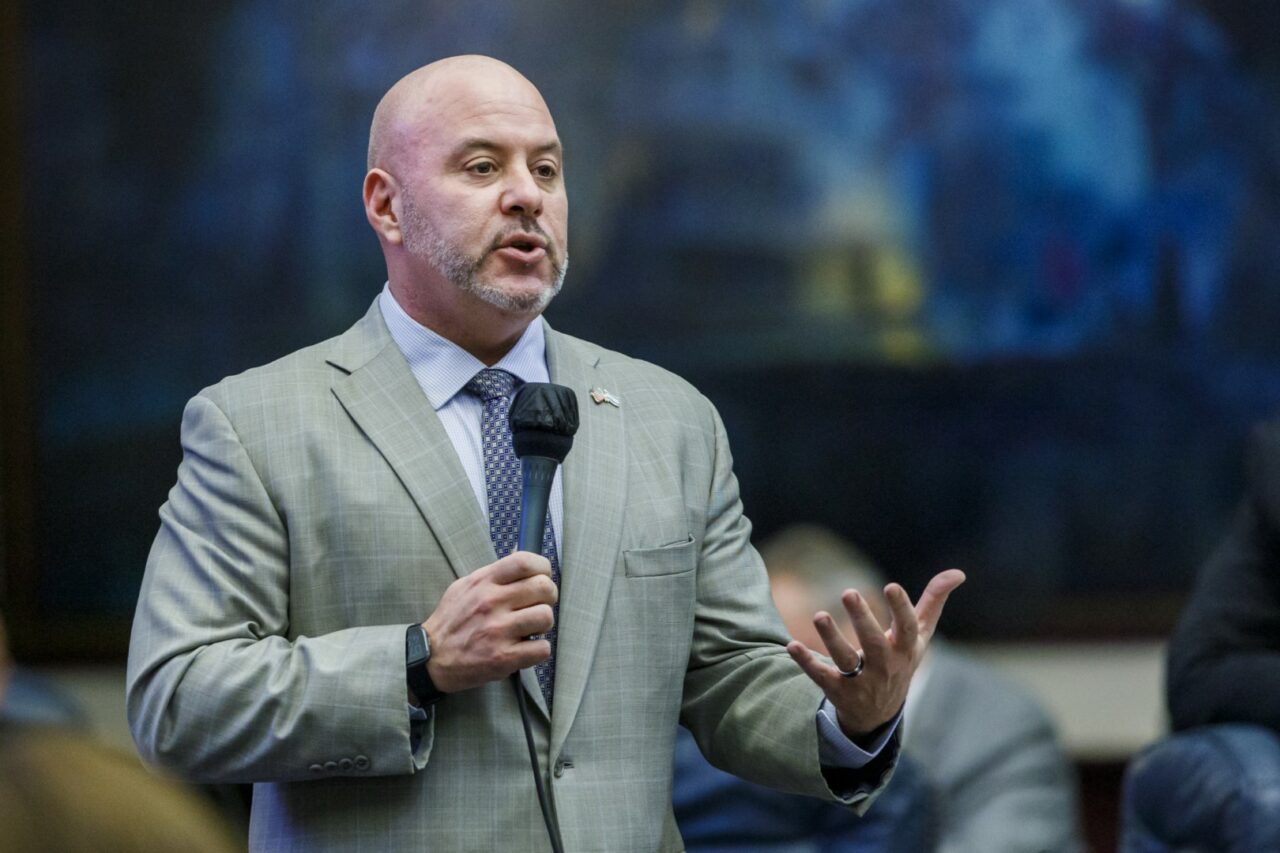 All proposed Senate maps would place the two Republicans in the same district.

Maps of proposed state Senate districts create a potential 2022 Republican Primary showdown between two current House members who are hoping to move up.

All four redistricting maps from the Senate Committee on Reappointment show a Senate District 10 that would include all of Citrus and Marion counties, a small section of northwest Pasco County, plus a shift east to include Sumter County and The Villages.

That places Reps. Ralph Massullo of Lecanto and Blaise Ingoglia of Spring Hill on a collision course for next year’s election. Both have opened campaign accounts — Ingoglia for Senate and Massullo for re-election in House 34.

Both legislators, in Tallahassee for the Special Session, declined to talk about the maps or a potential matchup.

Ingoglia issued a statement: “I’m paying close attention to the redistricting process. However it ends up, I remain committed to running for the Florida Senate in 2022 and serving as a true conservative voice for the people of Florida’s Nature Coast.”

Both Massullo and Ingoglia represent House districts that encompass nearly their entire home counties and little more. Massullo’s HD 34 includes all of Citrus and a small portion of northwest Hernando County to Weeki Wachee.

HD 35, where Ingoglia has served for eight years and faces term limits in 2022, covers the remainder of Hernando County that is not part of HD 34.

The current SD 10, held by Senate President Wilton Simpson, includes all of Citrus and Hernando counties, plus north and central Pasco County. Simpson is running for Agriculture Commissioner.

Maps of proposed districts exclude most of Pasco and add Sumter to SD 10.

From a campaign cash standpoint, Ingoglia has a huge advantage over Massullo.

Between his campaign account and two political action committees – Friends of Blaise Ingoglia and Government Gone Wild – Ingoglia had $1.8 million cash on hand as of the end of October. That includes $500,000 he loaned his campaign.

Massullo, completing his third term, started November with $228,149 on hand between his campaign and political committee, Better Lives for Floridians PAC.

Unlike Ingoglia, Massullo can seek another term in the House and he has not ruled that out. In a September interview, Massullo said he “wouldn’t have any qualms” about running against Ingoglia, but that going for re-election is an option. He clarified that he would not run against a current House colleague in a Senate race unless he had support from Senate leadership beforehand.

Simpson and Senate President-designate Kathleen Passidomo have weighed in on other GOP primaries, such as the race to succeed Sen. Aaron Bean in Senate District 4. Their public support for Rep. Clay Yarborough nipped a potentially competitive Primary between three House Republicans in the bud.

In addition to Ingoglia, Republican former Sen. John Legg has had a campaign account open for SD 10 since 2012, though he has no collections since 2016. He lives in New Port Richey, which is outside both the current and proposed SD 10.

Additionally, Legg has been clear that he will not run for Senate in 2022. As it stands, the account is merely a placeholder for a future run, if the opportunity presents itself.