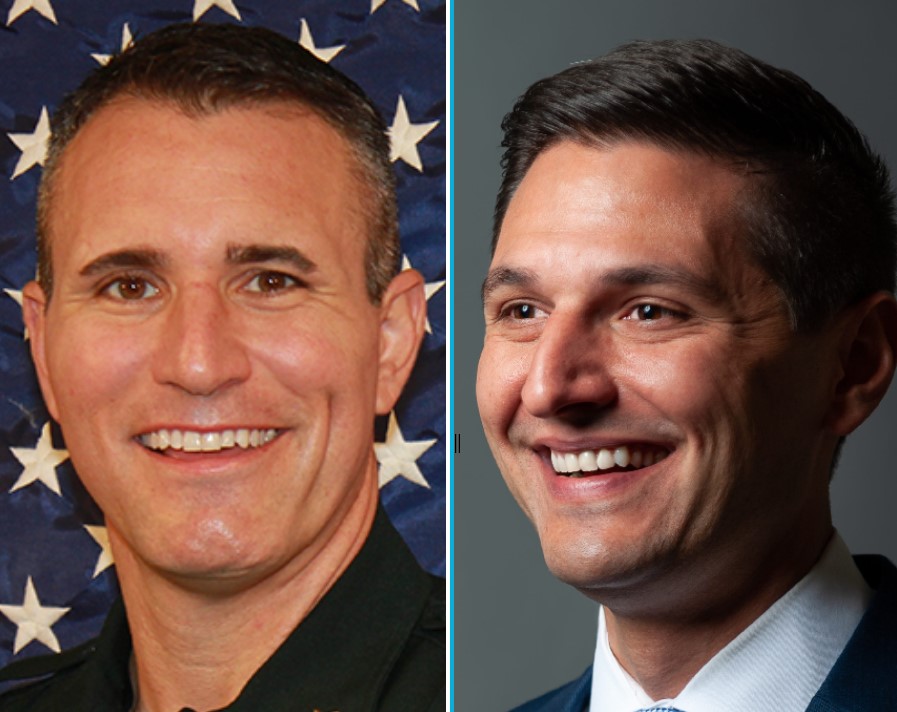 The two Pasco Republicans have been allies. But could this map turn them into rivals?

Zephyrhills and Land O’ Lakes both sit within Senate District 20 on all four drafts of Florida’s 40 Senate districts. Those are the respective home bases of both Burgess and Nocco.

Nocco was first appointed to office by then-Gov. Rick Scott in 2011 and has won election to three full terms since; he ran unopposed in 2020. While most Florida sheriffs hold significant sway in politics, Nocco has long held an outward interest in policy and state politics.

He served as Chief of Staff for U.S. Sen. Marco Rubio when the Miami politician served as Florida Speaker of the House. Nocco’s wife, Bridget, is a well-connected Republican fundraiser.

Many expect Nocco to run for legislative office if the right opportunity arises.

“I do know Sheriff Nocco has put an interest out there, which I’m very much aware of, in running for Senate in a couple years,” said Pasco Tax Collector Mike Fasano, a former state Senator. “He was waiting for districts to be drawn.”

But if this is the map, is a challenge to Burgess in SD 20 in the cards?

As luck would have it, Burgess chairs the Senate Legislative Reapportionment Subcommittee, which gives him tremendous power influencing the shape of Senate jurisdictions.

That said, a Fair Districts amendment passed by voters in 2010 explicitly forbids drawing districts in a way that helps or hurts an incumbent’s political fortunes. Should Burgess exert influence in a way that benefits himself as a candidate, that could lay the groundwork for a court challenge to the entire Florida Senate map. And the Fair Districts Coalition has been fairly critical of the process so far, a sign the watchdog group is on guard for missteps that prompt litigation.

Of note, the courts found the last Senate maps produced by the Legislature did violate the amendment in part by drawing districts that protected some incumbents politically. That resulted in a redraw of the map mid-decade, a fate lawmakers this year have tried consciously to avoid.

Fasano said both Burgess and Nocco are well-regarded in Pasco.

“It would be an interesting Republican Primary, with the Sheriff and Sen. Burgess unfortunately running against each other,” he said. “Of course, I think (Sheriff Nocco) has done an excellent job, and Sen. Burgess has done a fine job.”

Still, other local politicos express some skepticism at a Burgess-Nocco race next year. The biggest issue? The two men are friends.

While Burgess still served in the Florida House, he took a civilian job as Nocco’s manager of future operations. The two have maintained a long personal and professional relationship.

And there’s also hope in Pasco that Burgess, who just won his Senate seat in November, could be in line for Senate President. That’s something a lot of Pasco politicians don’t want to ruin.

Nocco’s name has most often come up as a potential candidate in SD 10, the seat currently held by Senate President Wilton Simpson. The current SD 10 covers all of Citrus and Hernando counties as well as central and northern Pasco.