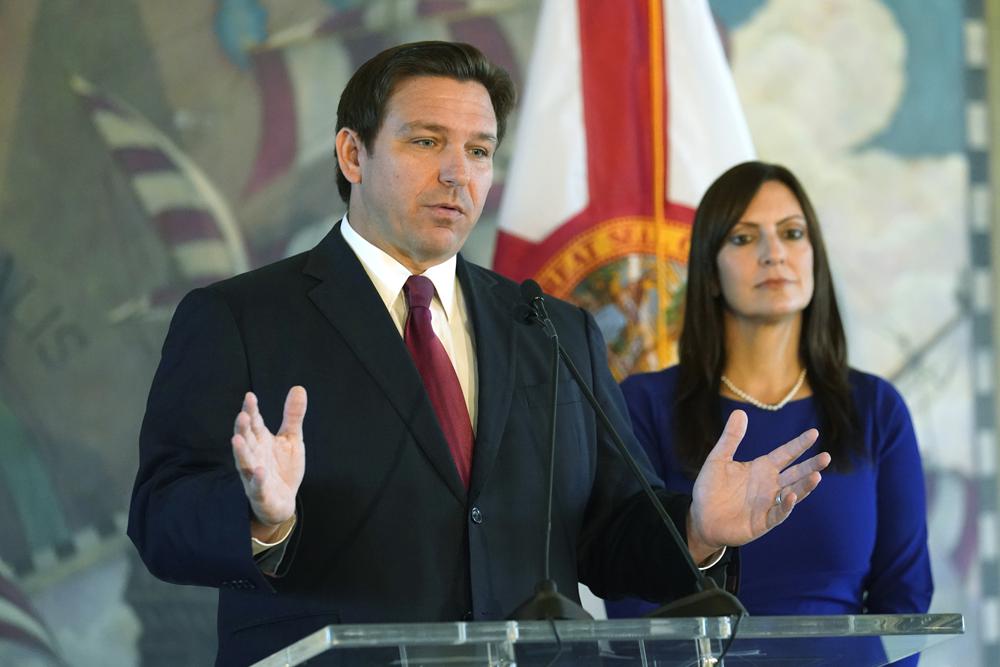 Vaccine mandates in Florida took a hit, but DeSantis gets a win.

The Florida Legislature on Wednesday handed Gov. Ron DeSantis a victory in his campaign against the Joe Biden administration, passing a bill meant to blunt federal vaccine mandates by creating a new state vaccine policy.

It also provided $5 million to the Florida Attorney General’s office to help fund the state’s legal challenge against the federal rules.

The Senate voted 24-14 Wednesday night to pass HB 1B, which had passed the House 78-39 hours earlier.

The vote was the climax to a three-day Special Session pushed by DeSantis, who at the start of the year championed the use of vaccines to battle COVID-19, but over the last few months has battled with the cruise industry and federal authorities over vaccine mandates and vaccine passports.

“Today we are sending a clear message that Florida stands for freedom. To our health care workers, law enforcement, first responders, farmers, truckers, and every other worker who never got a day off and couldn’t work from home during the pandemic – thank you for getting us through this crisis. Thank you for putting your family at risk. You stood with us when we needed you most, and we are proud to stand with you now. The Florida Legislature and Governor DeSantis are fighting for you,” Senate President Wilton Simspon said in a prepared statement. “We will not allow the Biden Administration to make political pawns of the very people who put their lives on the line to keep our economy running while everyone else was safe at home, and we certainly will never cede the responsibility of parenting to the school system or bureaucrats in the federal government. Florida respects the dignity of work, the responsibility to parent, and the right to live in freedom.”

“We are proud to stand alongside businesses and provide some sanity and options to treat their employees as the individuals they are instead of succumbing to a one-size-fits-all federal mandate,” Sprowls said in the statement. “The result of this week’s work is simple: No one who is subject to Florida law will be forced to get a vaccine who does not want one. I look forward to seeing the Governor sign these bills to make this the law of the land in our state.”

While Democrats said Republicans were giving voice to those opposed to vaccines, including those who espoused conspiracy theories about them, Republicans contended the legislation was intended to protect workers from losing their jobs over a personal health care decision.

“The problem that we seek to address was not caused by us, it was caused by Washington; the first federally mandated vaccine in our nation’s history,” said Sen. Danny Burgess, who sponsored the Senate’s version of the proposal that prohibits private employers from mandating COVID-19 vaccination without providing employees five different avenues to opt out of the mandate.

“It wasn’t Florida that stepped out of line,” he continued.

Exemptions are made for medical, pregnancy, or anticipated pregnancy reasons, religious reasons, COVID-19 immunity, periodic testing or use of employer-provided personal protective equipment.

As of Monday, there were an average 1,564 new COVID-19 cases over a seven day period. Since the onset of the virus in early 2020, there have been 3,673,033 cases of COVID-19 in in the state, according to data posted on the Centers for Disease Control and Prevention. Data shows 60,846 Florida residents have died of COVID-19.

“What are we doing here today?” asked Jones, a Democrat from Miami Gardens. “We are doing the same exact thing that we are saying the President is doing. We are doing that same thing today with businesses. It is hypocritical.”

But Sen. Ben Albritton, a Republican from Bartow, said people are pushing back against a mandated vaccine adding, “I am proud we’re choosing to fight for individual rights.”

Sen. Jason Pizzo said leadership agreed to include $5 million in the bill for the Attorney General’s office, but included in the legislation no direction as to how the funding should be spent. Pizzo joked that funding with no legislative direction is the thing for which “Democrats get made fun of.”

Before passing the bill, Senate Democrats tried unsuccessfully to amend the bill but the amendments either were ruled out of order or rejected.

“They are having trouble meeting payroll. How are they going to meet this fee?” Taddeo said. “It’s awful taxation.”

But Burgess said removing the financial penalties removes protections for those who work at small firms, and the goal of the bill was to ensure, “no Floridians, no matter where they work, are subject to a vaccine mandate,” Burgess said.

The federal Occupational Safety and Health Administration rules DeSantis and the Republican-led Florida Legislature are trying to blunt don’t impact businesses with fewer than 100 employees.

A small business owner, Taddeo said she preferred the federal OSHA rules to the policy Florida was passing.

Sen.Tina Polksy also pressed Burgess on why Florida is including small companies in the new law.

”If the federal rule doesn’t affect employers with less than 100 employees, then aren’t we going a lot further than countering the federal law?” she asked.

Burgess answered: “We are going further than countering federal rule. We are standing on principle.”