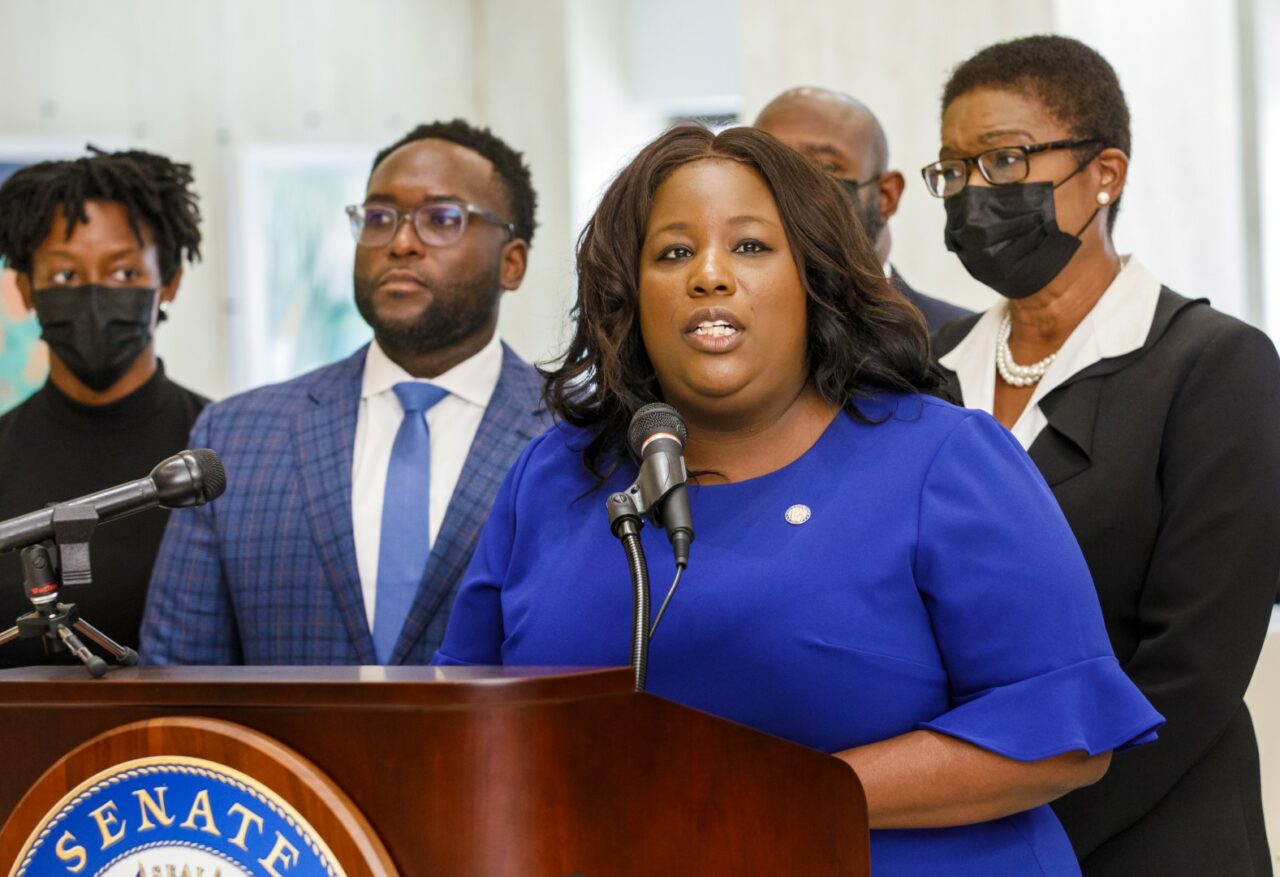 'I have been no stranger to the difficulties of being a woman, especially a Black woman.'

Rep. Michele Rayner-Goolsby has earned an endorsement from HER Time, a political action committee founded by former Congresswoman Katie Hill that supports progressive women candidates. Rayner-Goolsby is one of three candidates running in the Democratic Primary for Florida’s 13th Congressional District.

Hill, a California Democrat who made headlines in 2018 after flipping a Republican House district blue, resigned soon after taking office in 2019. Previously considered a rising star in Democratic politics, Hill resigned in response to nude photos of her published to conservative news outlets.

The photos, which Hill accuses her ex-husband of leaking, showed she had been engaging in a relationship with a young member of her campaign staff. An ethics investigation was opened into her conduct, but never moved forward, because of her resignation.

Now, Hill is using her platform to support young women running for office and advocate for legislation to address cyber exploitation and other issues that disproportionately affect young women.

“Throughout her life, Michele Rayner has shown that she is willing to do what it takes to stand up for the most vulnerable among us. From ensuring an equitable recovery from COVID to protecting voting rights and demanding real justice for underserved communities, Rayner is ready to fight for the community she was born, raised, and worked for in Washington,” Hill said in a statement. “I know what it takes to break barriers — that’s one of the many reasons HER Time is proud to support Michele for Congress.”

“I have been no stranger to the difficulties of being a woman, especially a Black woman, who is advocating to preserve and expand our lawfully recognized rights,” Rayner-Goolsby said in a statement. “That is why I am proud and honored to announce HER Time has endorsed our campaign. I’m grateful to have the support of HER Time and for the efforts made to elect more women focused on advocating for our society’s most vulnerable.”

Rayner-Goolsby is vying for the Pinellas County seat being vacated by incumbent Charlie Crist, who jumped into the 2022 gubernatorial contest.

The candidates will face off in a fairly purple district in what is expected to be one of the most competitive congressional races statewide.