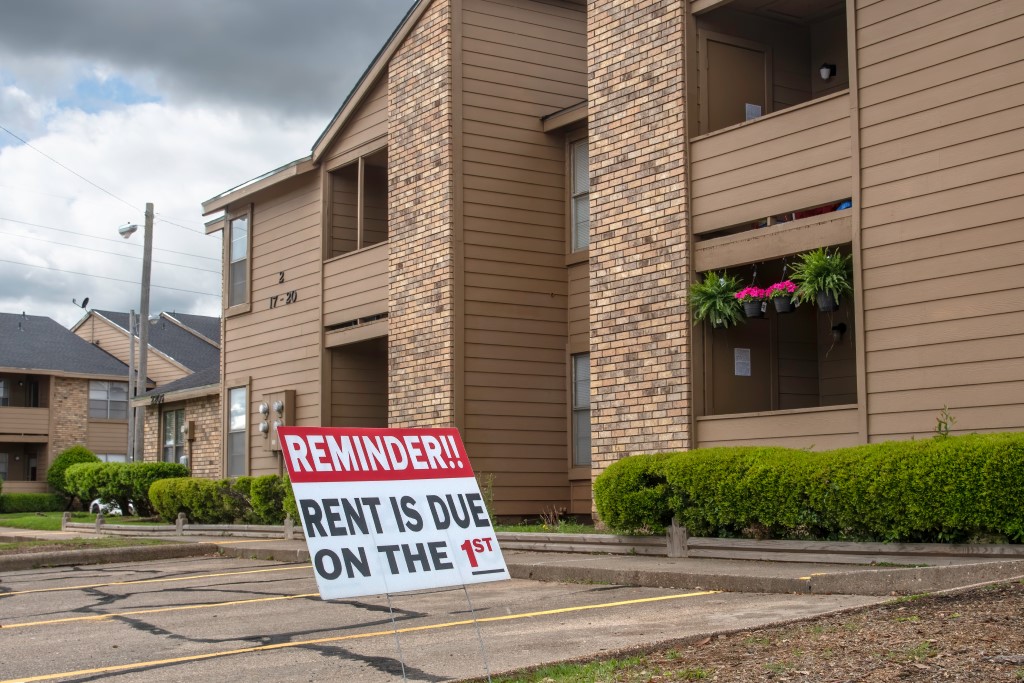 DCF was supposed to submit a plan to the U.S. Treasury by Nov. 15, but won't say what's up.

The Florida Department of Children and Families won’t say what it’s doing with more than $660 million in unused Emergency Rental Assistance Program Funds.

The agency was supposed to submit a plan to the U.S. Department of the Treasury on Nov. 15, but it has not confirmed a plan’s details or even if one exists. The Treasury could now recapture the funds.

Florida Politics reached out to DCF multiple times since Nov. 10 to learn the status of its ERAP funds. DCF has said only it’s “diligently processing the request.”

However, data available from the Treasury shows both what Florida was awarded and how much of it has been spent.

ERAP is a $25 billion federal program that began in January after the passage of the Consolidated Appropriations Act of 2021. The funds are meant to help families pay rent and utility bills as the nation still reels from the effects of the COVID-19 pandemic.

“We’re still feeling pandemic in public health and the economy,” said End Rental Arrears to Stop Evictions (ERASE) Senior Project Director Sarah Gallagher. “People will need help to get on their feet and stabilize. We need to make sure they get it and get on their feet as quickly and as equitably as possible.”

ERASE is a part of the National Low Income Housing Coalition. It and the NLIHC have been monitoring ERAP’s implementation.

Each state or territory awarded funds was tasked with developing programs to distribute the money. Representatives from the Treasury said the program was designed to be incredibly flexible to help states get funds out as quickly as possible.

Some states have done better than others. Florida hasn’t fared well, according to NLIHC and Treasury data.

In Florida, DCF was tasked with handling ERAP funds for the state. DCF received $871.2 million dollars in ERAP funds.

Some larger city and county governments in Florida were able to request directly through the Treasury and received an additional $570 million.

The most recent Treasury data shows that as of Sept. 30, Florida’s DCF-run program had expended only 24% of the funds, or a little more than $200 million, to households.

That means more than $660 million in rental assistance funding has been untapped in state coffers since DCF started distributing funds in May.

“While Gov. (Ron) DeSantis and his Republican cohorts spend time organizing Special Legislative Sessions to open new fronts in their culture war and engage in performative political theater, countless Floridian families are being evicted or under threat of eviction in the midst of an ongoing deadly pandemic,” William Kilgore, with the St. Petersburg Tenant’s Union, said. “The failure of Florida to distribute these desperately needed funds to tenants and lack of urgency from the DeSantis administration shows just how little our elected officials care about some of their most vulnerable constituents.”

“This uneven performance, nine months after Treasury allocated ERAP funds to state and local grantees, will require action by both Treasury and ERA(P) program administrators to ensure low-income renters have access to much-needed assistance to remain stably housed,” NLIHC President and CEO Diane Yentel said. “There are proven ways for ERA(P) programs to expedite assistance. States, cities and counties must do more, better and faster to get rental assistance to tenants in need and to otherwise protect tenants from the long-term harm of eviction.”

Yentel and Gallagher said states with successful programs worked well with the Treasury and poured adequate resources into programs. But not all have.

“Several programs started slow, but then improved their infrastructure and hired staff,” Gallagher said. “That allows them to get the money out the door. There are several states with high need that are 100% obligated that gives us hope that if states and localities can adopt programs they can do it well. Florida is one of those places that have a higher need and we hoped to see higher spending statewide.”

Now, Florida is at risk of losing that money. An Oct. 4 memo from the Treasury warned that recipients with less than 30% of funds expended needed to submit a plan for the funds to the Treasury by Nov. 15, or the funds could be recaptured.

DCF still hasn’t said whether it submitted the plan.

Alachua and Miami-Dade counties have expended all of their ERAP funds. And cities like Tampa, St. Petersburg and Miami are all above 80%.

“When we think about reallocation, there is ability for states to voluntarily reallocate (to local governments),” Gallagher said. “It’s probably time to have conversations with jurisdictions who are doing well.”

The Treasury Department said allowing funds to be moved between state and local programs is one of the flexibilities built into ERAP.

“Allowing these funds to be recaptured by the Treasury is utter negligence on the part of the DeSantis administration,” Kilgore said. “At worst, it’s a calculated attempt to sabotage relief in order to advance the narrative of government inefficiency, giving state political leadership more ammo in their ongoing quest to dismantle essential public services here in Florida.”

previousLast Call for 11.29.21 — A prime-time read of what’s going down in Florida politics