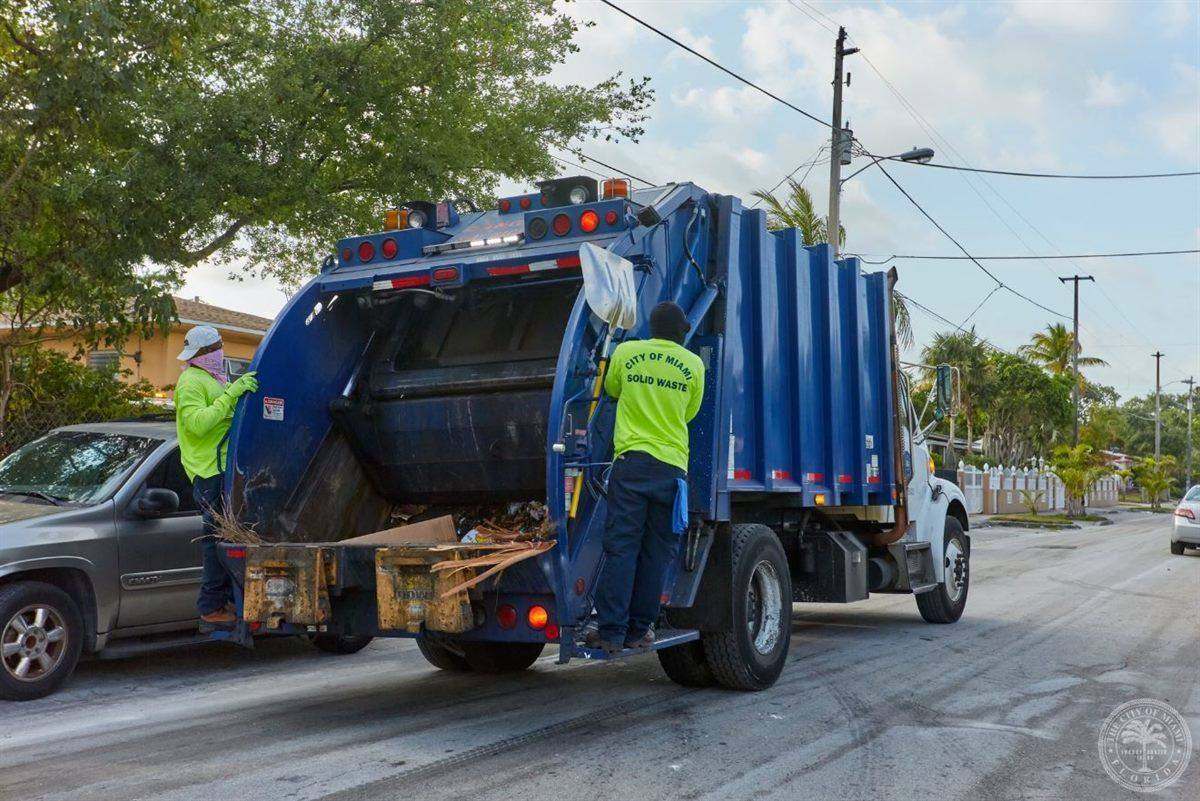 American Rescue Plan Act funding with pay for the bonuses.

Front-line workers in Miami whose contributions during the COVID-19 pandemic went unrewarded will soon see that oversight addressed in the form of roughly $1,000 per-person bonuses paid by the end of the year.

Miami Commissioners on Nov. 18 unanimously approved a resolution Ken Russell proposed to allocate up to $1.1 million of funds set aside for his district through the American Rescue Plan Act to provide one-time, 1.7% bonus payments to nearly 1,000 city employees, including garbage collectors, human services workers and emergency dispatchers.

Payments are expected to reach workers by Dec. 31.

Those employees, who make up about 20% of the city’s workforce spanning more than 80 job classifications, helped keep residents safe with food deliveries, vaccine distribution, waste removal and more, and they deserve to be rewarded for their service too, Russell said.

But they couldn’t with funds from the federal CARES Act, which did not provide funding directly to cities with populations of fewer than 500,000 residents. That left out every municipality in Miami-Dade County, including Miami, which had to fight for the money.

“Beyond that … the only people you could provide hazard pay to (with CARES Act dollars) were the direct first responders, police and fire rescue,” he said. “The police and fire dispatchers did not qualify even though they were all clustered in a room together throughout that entire lockdown period, still having to do their job without vaccines at the time.

“There were a lot of folks who were exposed, and they weren’t just police and fire. I’m glad police and fire got taken care of, because they were the most exposed and it shows in the infection rates and disruption, (but) for many of the departments — parks, code, solid waste and anyone who is either enclosed with each other in a significant way or out working with the public on the front lines — I wanted to make sure we took care of them.”

The payments are part of a $137.6 million spending plan from ARPA funds the City Commission OK’d in September, which included expedited programs split among Miami’s five commissioners.

Russell said he especially wants to fast-track the overdue hazard pay bonuses to Miami front-line workers, which required negotiating with a pair of labor unions — Local 871, which represents workers in the city’s Department of Solid Waste, and Local 1907, which represents the city’s general employees — because the hazard bonuses were technically pay changes that needed contract amendments.

In a last-minute move, Russell amended his item to also include some 40 employees in the city’s Neighborhood Enhancement Team, which helps residents with food distribution and other hyperlocal aid.

“This gives us a great sense of appreciation and pride. We feel that we’ve been restored and treated with equity,” Miami General Employees Local 1907 President Sean Moy said in a statement. “We are very thankful that Commissioner Russell has recognized our service and gone the extra mile to secure this bonus for us.”

The Interim Final Rule of the ARPA specifies its funds may be used to provide premium pay to eligible workers providing essential work during the COVID-19 pandemic, particularly for eligible lower-income workers.

By approving the allocation last week, commissioners made Miami the first city in Florida to direct ARPA funds to essential city workers, said Russell, who is running to unseat U.S. Sen. Marco Rubio next year.

“I haven’t heard from any other cities that have done this,” he said. “And I haven’t in my own searches.”