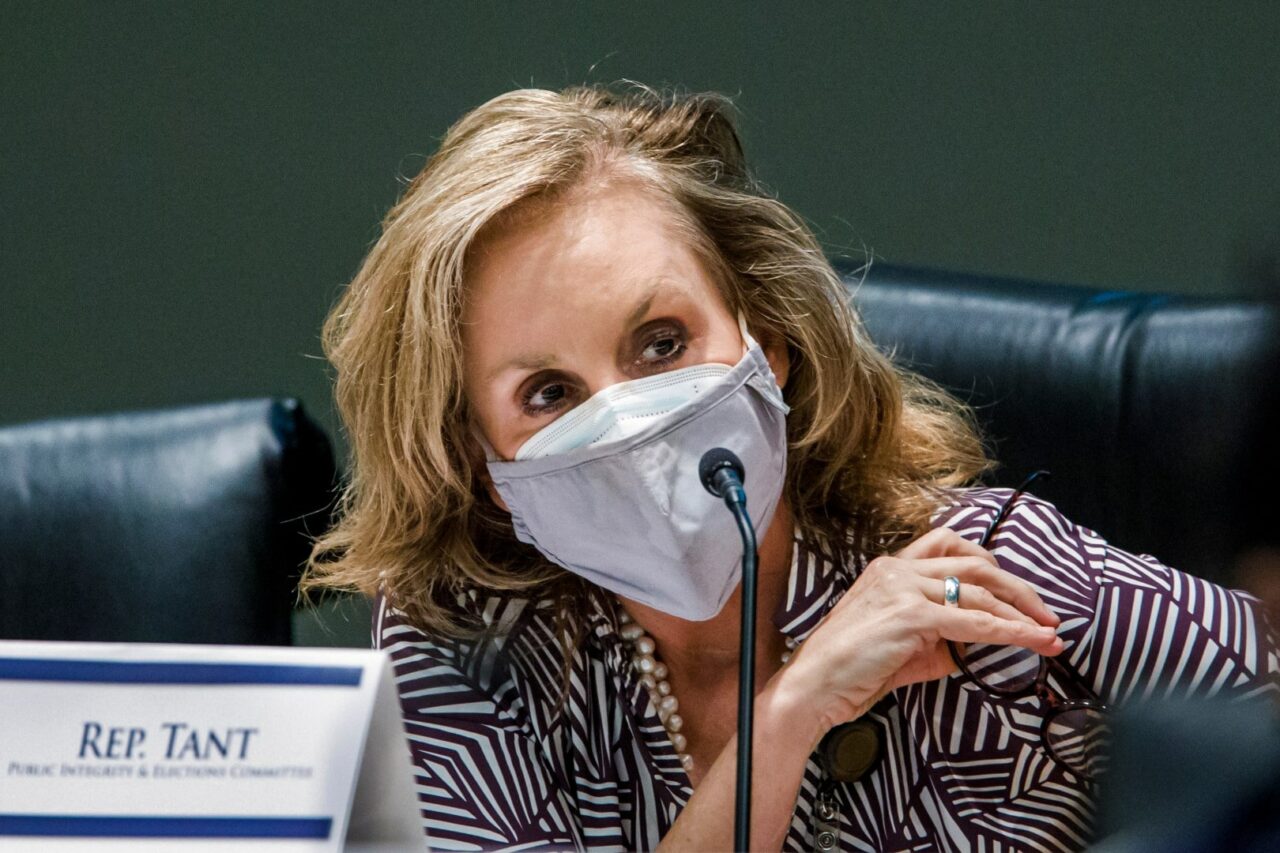 'I just want to make sure that we are not cannibalizing my community unnecessarily.'

However, the plan in question would instead put downtown Tallahassee and the Florida State University campus in Shoaf’s district. Additionally, it would group Tant and northeast Tallahassee into a reimagined House District 9 stretching as far south as Dixie County, creating a safe Republican district.

Tant, Dailey, and Minor all expressed their support for the second proposal, each levying criticism against the first map.

During the meeting, Tant said splitting the city of Tallahassee into three seats could disenfranchise its residents, a thought that has her and the city’s local leaders concerned.

“I don’t have to worry about what my constituents think because my Mayor and my Commission chair is here,” she said. “That is something we are gravely concerned about in our community,”

Despite living in the proposed Republican-safe district, Tant told Florida Politics the partisan lean is not her current concern.

“I just want to make sure that we are not cannibalizing my community unnecessarily,” Tant said. “It’s not supposed to be that way with our maps.”

Minor also voiced concerns about the three-way split, arguing a section of Tallahassee’s poorer urban population, particularly those in zip code 32304, could get lumped into a district with different interests.

“District 7 has a rural focus, and rural issues are a lot different than urban area issues,” he said.

Minor told Florida Politics that during his time as CEO of the Second Harvest food bank, local legislators would volunteer to get more connected with issues impacting their constituents. He said that connection could be lacking if the district’s power is seated outside the area.

“I’m not saying anything to undermine the the abilities of the the current and future members of District seven,” he said. “I think for us to be able to solve together, cohesively, the issues of poverty facing Leon County and Tallahassee, we need to have that type of cohesion.”

Dailey is less concerned about splitting the city three ways, but is worried that map proposal H8005 splits a large chunk of the city’s university areas into a district focused outside of the city. He said he favors H8007 because it keeps representation for the universities in the area, but also focuses District 7 on the coastal, rural communities in Florida’s Panhandle.

“We are a university town. We have Town and Gown issues that we work on each and every day,” he said “We should design our house districts so that the representatives, no matter who they may be, can truly represent their constituency to the best of their ability.”

An analysis by Democratic consultant Matt Isbell shows former President Donald Trump would have won the proposed HD 7 by a 1.5-point margin and the proposed HD 9 by more than 32 points under the boundaries in proposal H8005.

“This feels entirely like them trying to gerrymander out Allison Tant and create these two Republican seats, with just Ramon Alexander’s remaining as the only Democratic seat in the region,” Isbell said. “There’s no other way for me to look at it. I don’t understand this otherwise.”

During the meeting, Committee Chair Cord Byrd pushed back on calls that the proposal was unconstitutional. He said how representatives would be affected should not be a factor in redistricting.

“I understand how things can impact members individually, but that will not be impacting our decision-making,” Byrd said.

District 8, Alexander’s seat, is a reserved minority-majority district, map-makers staff had to balance protecting its demographics while drafting nearby district lines. Poreda declined to speak with Florida Politics about the redistricting process.

Dailey said he was grateful for the committees’ work on the process.

“I appreciate the chairman and the committee and all the hard work that they’re putting into this. This is not an easy … task at hand.”

Decisions on the district maps will not be made until the 2022 Legislative Session.

previousOmicron-stricken South Africa may be glimpse into the future