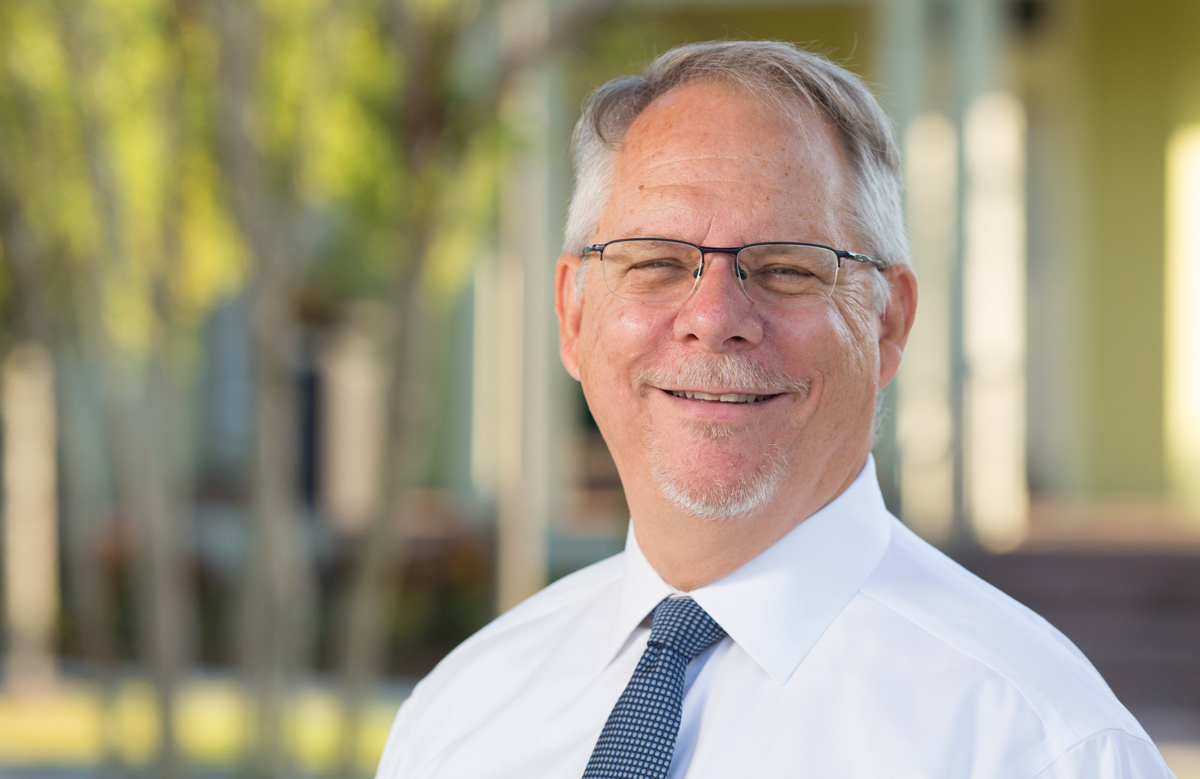 Keen is running in HD 50 but redistricting could put him in a new south Orlando district.

“I want to be seen as somebody whose values reflect what the district is all about,” Keen said. “So the values that I learned in the Navy — honor, courage, commitment, those kinds of values — I want to bring those to the job. And then take those ideals and apply them to schools, and health, and education, as examples.”

Keen grew up in Ohio and joined the Navy, serving for 21 years, much of it as a flight officer on aircraft carriers. He got into technology acquisitions for the Navy, and that, after his retirement, led to his career in private business, involving aerospace simulation, a big industry in Orlando.

Keen has been around Orlando civics and politics for a while, active in the Democratic Party, and serving on multiple veteran service groups and councils, and as a member of the city of Orlando Citizens’ Police Review Board.

“That’s been interesting, especially the last couple of years I’ve been on,” he said of the citizens’ review board. “That’s been a lot of goods and bads. You see a lot of things the Orlando Police Department is doing very well, and I think Chief (Orlando) Rolón is doing a bang-up job. He’s got the department moving in the correct direction, along with the Mayor. That’s a hard task. We ask a lot of our law enforcement officers, and I think for the most part they come through with flying colors.”

He ran for the Orlando City Council in 2017, losing the District 1 race to incumbent Commissioner Jim Gray, who just won his third term a few weeks ago. Keen called the campaign “a good experience.”

Keen is the first Democrat to enter the HD 50 contest, which has drawn five Republicans because Republican Rep. Rene Plasencia decided to run for the Senate instead of re-election. The Republicans are Richard Furman, Robyn Hattaway, Angel Perry, Chris Wright, and Yukong Zhao.

Keen may wind up running in another district, as both proposed redistricting maps released Monday by the House Redistricting Committee move Keen’s Lake Nona neighborhood into a new House District 44, which would stretch across southern Orange County to Hunter’s Creek.

“I live in District 50 today; that’s why I filed in District 50. I would be interested in running in whatever district ends up being,” he said.

He expects a lot of new candidates to enter once the new districts are established. The current proposals for the district include areas with Puerto Rican communities and presumably a strong base of Democratic voters.

His campaign website describes him as “a committed progressive,” though Keen calls himself a moderate Democrat. He decried “tribal” politics.

“I think I’ve got a good message for Democrats and for all the folks in whatever district I end up in,” he said.

“Our coastal communities want more access to technology and careers in tech, along with protections for our world-famous coastlines,” Keen said in a news release. “These efforts will boost everyone’s bottom line and quality of life.”

His early campaign emphasizes issues like keeping children safe in school and allowing local governments to take their own safety precautions, rather than have the Governor or Legislature ban local health precautions.

“No one benefits from anti-science rhetoric, and no child is protected by punishing local schools,” Keen said in the release. “We can allow parents to make decisions for their children without rejecting the advice of medical professionals.”