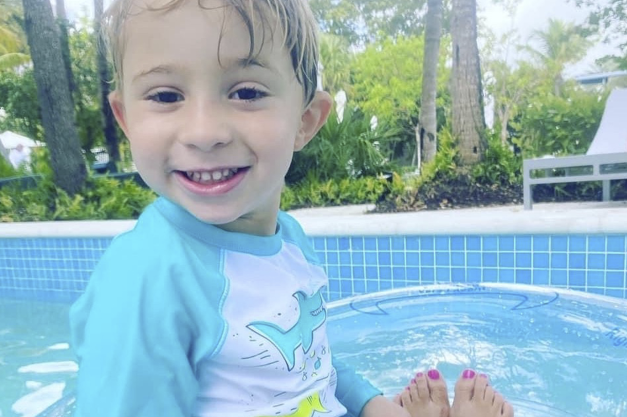 A mother's nightmare inspired a new bill to help parents safeguard their children from domestic abusers.

Inspired by the tragic murder-suicide involving a young South Florida boy, Rep. Michael Grieco of Miami Beach filed a bill Tuesday to make it harder for a parent to gain — or maintain — custody of a child if they have threatened, abused or stalked the other parent.

The bill is called “Greyson’s Law,” after 4-year-old Greyson Kessler, whose father, John Stacey, shot and killed him in May before turning the gun on himself.

Greyson’s mother, Alison Kessler, had previously sought a restraining order for domestic violence against Stacey, but a judge denied it, citing a lack of evidence.

In the days leading up to and after the May 20 murder-suicide, while Stacey had Greyson at his Fort Lauderdale apartment, Kessler repeatedly tried to gain exclusive custody of her son to protect him from what she knew were growing threats to his safety.

On May 18, Stacey threatened to dismember Kessler, telling her by text she deserved “to have (her) head separated from (her) body.” Court documents later revealed it was just one of hundreds of abusive, menacing text messages Stacey had sent.

The next day, Kessler went to a courthouse to file a domestic violence injunction for a restraining order against him, which would have given her exclusive custody of Greyson until a hearing could be scheduled. She was again denied.

Stacey later asked her by text why she was at the courthouse and warned her against further action. Suspecting she was being followed or tracked, Kessler went to a Firestone garage the day after and discovered a GPS tracking device on her car. She had it removed and went to the police.

Finally, after viewing evidence of the tracking device and disturbing texts, a judge approved a stalking injunction May 21 that prevented Stacey from coming near Kessler but still allowed him to have Greyson. The court denied her request for an emergency pickup of Greyson.

But by then, Stacey — who Kessler said suffered from post-traumatic stress disorder stemming from his time as a member a cult called the Moonies — had already killed Greyson and himself.

“No one believed me,” Kessler told Florida Politics. “It was three days in the works, and the hoops I had to go through to get the police officer to open (Stacey’s) door was insane. The whole time I’m in panic mode just trying to find out if my child is in that apartment or not. They just kept saying, ‘He’s with his father. Why would he need an emergency pickup? He’s with his caretaker.’ Little did they know, he was already shot.”

Grieco’s bill, to which Sen. Lori Berman of Boynton Beach filed a companion, aims to make such an avoidable event is less likely to occur in the future.

“Florida — we seem to always be a little bit behind,” Kessler said. “Family courts right now are just so archaic. I’m hoping Greyson’s Law will at least shed some light on what’s going on.”

Current law provides shared custody of a child if no threat or abuse is directed toward the child, regardless of whether threats, abuse or other dangerous behavior has been committed against a parent.

“What ended up happening with Ali, and the reason she was unable to get an emergency removal of Greyson, was essentially that there was never any threat, violence or anything directed toward the child,” Grieco said. “It was all directed toward her — threats of violence, threats of murder, stalking and all these things. There was no nexus between the threats to her and the safety of the child, and that is why the judge did not grant any sort of removal proceedings, emergency custody, termination or suspension or anything along those lines. There was no mechanism in the law to do it, and that’s the real crux of this bill.”

Under Greyson’s Law, shared custody of a child would be prevented, revoked or suspended and a child or children would be removed from the offending parent if a parent or child “has reasonable cause to believe he or she is in imminent danger of being a victim of domestic violence.”

The same would occur in the case of “clear and convincing evidence” of domestic violence, sexual violence, child abuse, child abandonment or child neglect “regardless of whether a cause of action has been brought or is currently pending in the court.”

A court could also order the change of a parenting plan or time-sharing schedule based on evidence a parent has “an improper motive for seeking shared parental responsibility.”

The accused parent would be able to fight the charge in court and have custody-sharing reinstated, under court-ordered conditions, if it is found they pose “no significant risk of harm to the child and that time-sharing is in the best interest of the child.”

Such action includes preventing a family or household member from contacting or speaking to their friends or family; controlling their access to money and how they spend it; monitoring their activities, communications or movements; engaging in conduct meant to dehumanize, degrade or embarrass them; threatening them or their child with physical harm or death; threatening to publish false information or make false reports to police about them; damaging their property or personal effects; and forcing them to participate in criminal activity.

Crucially, the bill would make it so a judge wouldn’t need a conviction — just evidence — previously recorded with a court or not, showing a parent committed acts of domestic violence, threatened or stalked the other parent.

“Judges are elected and appointed to make these types of tough decisions, and we need to give them the tools and statutory support so they can make those decisions. This whole thing is about protecting children,” Grieco said. “We know these situations are preventable. We have seen it in other states, and if this bill had been proposed last year, the year before or the year before that, there’s a distinct possibility Greyson would still be alive.”