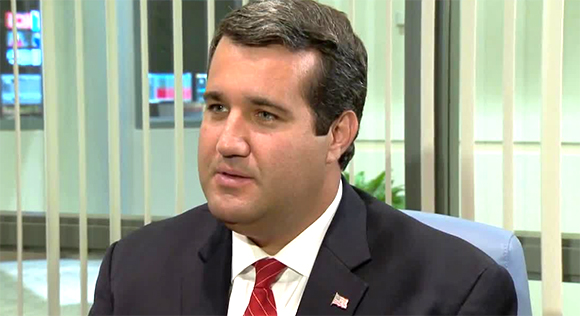 'Thirty percent of seagrass that is a success is better than no success at all.'

“If you think that this bill even moves the needle slightly in the right direction,” challenged an exhausted sounding Sirois in closing his presentation of House Bill 349 to the House Environment, Agriculture and Flooding Subcommittee, “I ask you to vote for it today.”

The members did, approving HB 349 by a 13-4 vote, though perhaps a half dozen of those who voted yes suggested in debate that they had major concerns about the bill and what it would do.

SB 349, a revised version of Sirois’ similar unsuccessful legislation in the 2021 Legislative Session, would create the prospect of seagrass mitigation banks. Then, if developers seek permits for coastal or marine development projects that would destroy seagrasses, they would have the option of buying credits in a mitigation bank to cover costs of seagrass restoration projects elsewhere. One acre destroyed, one acre planted somewhere else.

At stake is one of the most alarming environmental concerns in the Sunshine State: the dramatic die off in recent years of seagrasses, particularly in places such as the Indian River Lagoon, which runs the length of Sirois’s Brevard County plus all or parts of six other Atlantic Coast counties. Polluted water is causing algae blooms, which kills seagrass. Manatees and other aquatic life that feed on seagrasses starve to death. This year has seen the worst die off of manatees in recorded history in Florida.

Yet it’s something, they argued. And combined with other efforts to try to reduce polluted runoff and improve water quality, it should be a welcome opportunity, Sirois argued.

“Thirty percent of seagrass that is a success is better than no success at all,” Sirois offered. “I think we’ve all been horrified by the pictures — I know I have — from this past summer of the manatees’ deaths and the starvation that we’ve seen. In terms of my approach, I want to throw everything including the kitchen sink at it. If it moves the needle even slightly in the right direction, I think it’s ultimately a win for Florida and a win for the water quality of our state.”

Strong disagreement came from many, mostly Democrats, but also from Sirois’ fellow Brevard County Republican, Rep. Randy Fine. He argued that adding a seagrass mitigation option could make coastline and marine development easier, and that could mean more of it, with corresponding seagrass bed destruction.

Fine said he has seen too much seagrass destruction already, especially in Indian River Lagoon. One witness Wednesday, Florida Conservation Voters Water and Land Policy Director Lindsay Cross (who is a Democratic House candidate running in House District 68), said the lagoon has lost 58% of its seagrass since 2009.

Fine charged the failure rate of seagrass restoration projects means an acre lost would be replaced by an acre of maybe.

“Whether it’s 75% failure rate as one speaker said or a 63% failure rate as another speaker said, I don’t care if it’s a 10% failure rate,” Fine said. “Because there is a 100% chance that initial acre of seagrass is going to have been destroyed. With a certainty of destruction (balanced by) a possibility of success. My county and my area, we can’t have that.

“When you make something easier to do, you generally create more of it. And I don’t want to do anything or take any risk that might create more destruction of seagrass in the Indian River Lagoon,” Fine said.

Fine’s comments — more so perhaps than his opposition — struck a nerve with Sirois, who took strong exception to anyone suggesting he was not also fighting hard to save the Indian River Lagoon.

“To be told that I would somehow undermine efforts to heal the Indian River Lagoon I think is misleading this committee and I think it’s a reckless mischaracterization of what this bill would do,” Sirois said.