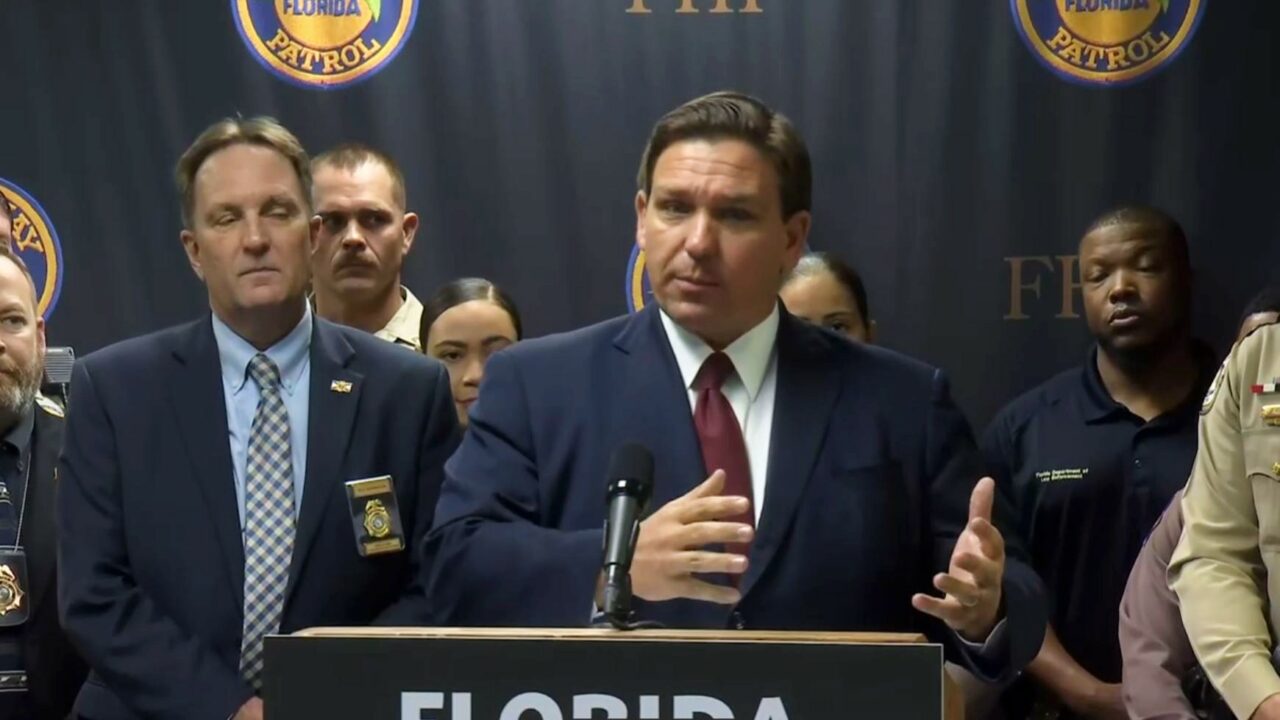 You probably remember the story from October where a 7-year-old girl with Down syndrome in Brevard County became a cause celebre for the anti-mask crowd.

The initial story said school staffers forcibly tied a mask over the girl’s face, traumatizing her. Her stepfather produced photographic evidence of the affront. He claimed the mask, tightly tied around his daughter’s head, made it hard for her to breathe.

Gov. Ron DeSantis, on his high horse, railed about the overly zealous tactics used in this case. And besides, his executive order already banned mandatory masks in schools, and, dammit, he’s the Governor!

Republican Rep. Randy Fine chimed in: “There’s a special place in hell for people who did this to that man’s daughter.”

I remember thinking at the time, “Wow, that’s bad.”

And that’s as far as it probably would have gone, but then a report from Indian Harbor police contradicted just about every point the girl’s stepfather made.

School Board policy said the family could have requested an exemption for the girl, but didn’t until after this dust-up. The stepfather said he assumed the school wouldn’t put a mask on the girl.

The stepfather also admitted to police the photo was his attempt to “recreate” the incident. According to police, the stepfather took the photo three days after the initial event.

Florida Today said the police report concluded, “There was no evidence presented which supports that (the student) received a physical or emotional injury.”

DeSantis and Fine wouldn’t be the first politicians to shoot first and aim later. As I said, it repulsed me at first, too. And the new information might have quickly evaporated into the social media ecosystem while people looked for some new outrage.

DeSantis doubled down on his original points because he is never afraid to push a bad position.

“She was not treated right,” DeSantis said this week in Orlando. “That school district was not following state policy. That’s just a fact.”

Translation: The Governor is saying he doesn’t give a flip about any police report, he will stick with his talking points. Oh, and we love the police, except when they don’t agree with us.

DeSantis knows he never faces consequences for things like this. With every dial-a-quote, red meat served bloody rare, his popularity and campaign accounts tick up a few notches.

Meanwhile, it’s open season on members of the Brevard School Board.

In a commentary for the Washington Post, Board member Jennifer D. Jenkins explained what it’s like for her to serve these days.

“As a progressive in a red county, I expected to be a target of conservatives,” she wrote. “I did not expect to be called a Nazi and a pedophile and to be subjected to months of threats, harassment, and intimidation.”

And now, a defiant Governor who won’t stomach defiance on any level (unless he’s the one doing the defying, of course) says it doesn’t matter that a comprehensive police report contradicted the original story.

Then again, I suppose he gets bigger cheers at rallies for saying that instead of, “Sorry, I was wrong.”