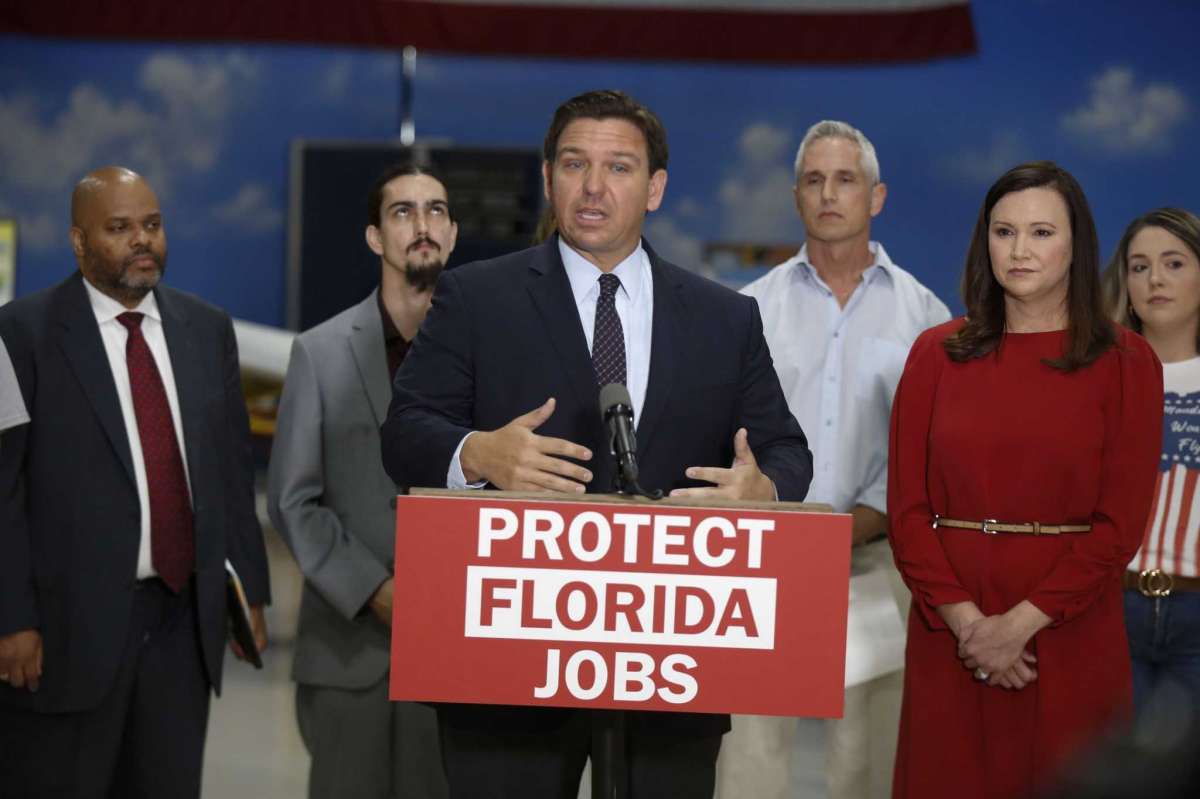 'I think we're going to be in a much better position as a result of providing protections for these folks.'

Gov. Ron DeSantis says Florida’s health care system will be better off for not mandating health care workers be vaccinated.

A federal judge in Louisiana on Tuesday blocked President Joe Biden‘s administration from enforcing a nationwide vaccine mandate on health care workers. Florida was one of several Republican-led states to sue the federal government and the Centers for Medicare and Medicaid Services over the mandate.

Last month, DeSantis signed legislation banning governments, schools and employers — including health care providers — from enforcing vaccine mandates. In addition to his legal arguments against the mandates, the Governor has raised moral arguments against firing first responders and health care workers for choosing not to get vaccinated. Most of them already have natural immunity from being infected, he said.

Now more than a year and a half into the pandemic, health care providers already face chronic staffing shortages.

“I think we’re going to be in a much better position as a result of providing protections for these folks, particularly in an age where a lot of these hospitals and providers are short handed,” DeSantis said. “Why would you want to discard people when that’s going on?”

“You look at some of these states that have done the opposite of Florida, that have imposed their own mandates, and you’re seeing the capacity to deliver health care diminish, even as they’re now facing the beginning of winter COVID waves,” DeSantis said.

With increased virus transmission and the arrival of the omicron variant, the Biden administration in the past week has added travel restrictions, as well as testing and mask mandates on air travel. For inbound international flights, travelers must now receive a negative diagnostic test within 24 hours of departure.

That contradicts the Biden administration’s immigration policy of letting migrants across the southern border without getting tested, according to DeSantis, who has repeatedly railed against Biden’s immigration policies. The U.S. Department of Homeland Security says all non-citizens are tested before entering the country. However, there are known cases of untested migrants being released.

“He’s now going to say that if you go to the Bahamas, as an American citizen, and you come back, you’ve got to do a test, a COVID test. But if you just come right across the border illegally, then somehow that’s fine and we don’t care about the test or vaccination,” DeSantis said. “I just don’t understand it. I think all it’s gonna do is cause a lot of problems.”