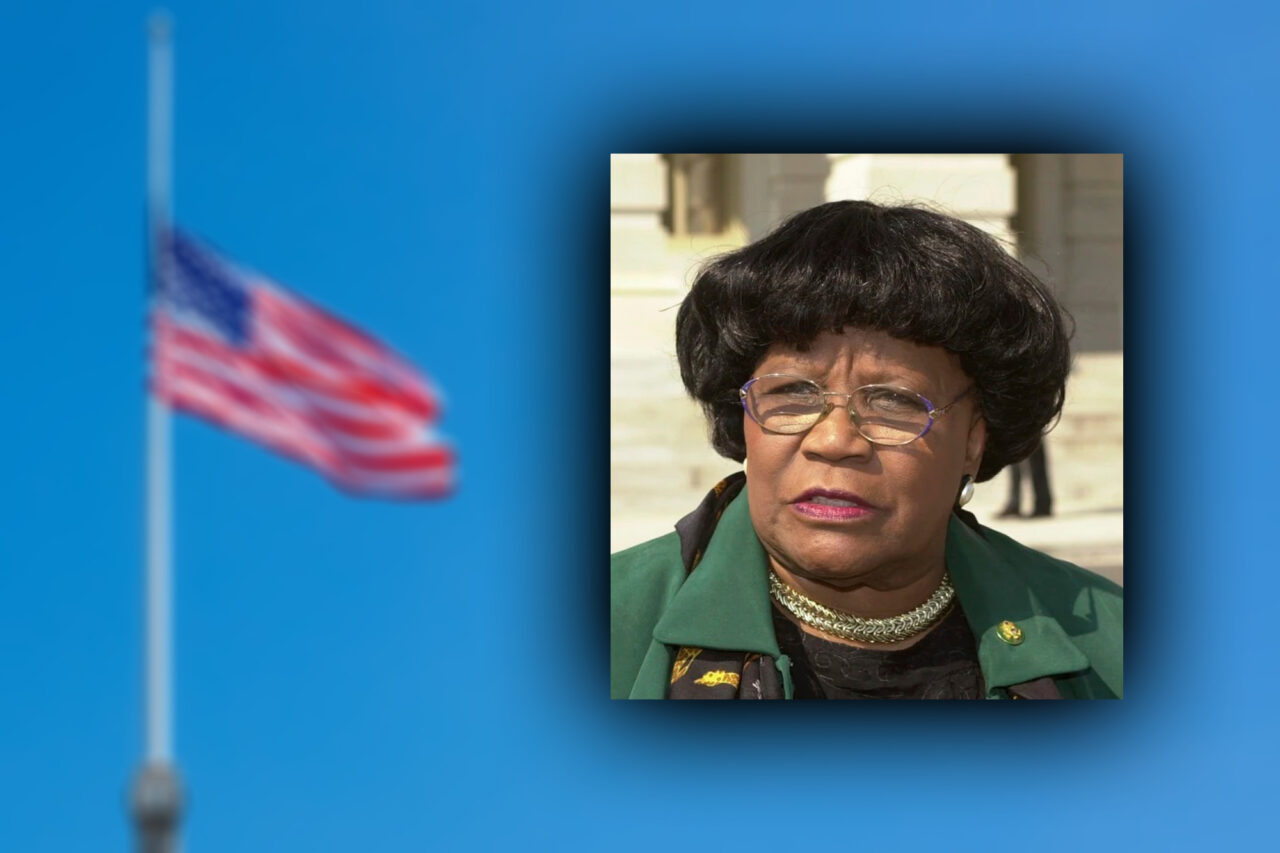 'Meek will be remembered for her devotion to the communities she served.'

Gov. Ron DeSantis has ordered flags in Miami, Miami-Dade County and Tallahassee to be flown at half-staff Sunday in honor of former U.S. Rep. Carrie Meek, who died Nov. 28 at the age of 95.

DeSantis made the order — which will affect U.S. and Florida flags at the Miami-Dade Courthouse in Miami, Miami City Hall and the State Capitol — in a Friday memo to state Director or Real Estate Development and Management Tom Berger, Miami-Dade Commission Chairman Jose “Pepe” Diaz and Miami Mayor Francis Saurez.

The memo included a short overview of Meek’s political career and impact as a trailblazer, including her becoming the first African American woman elected to the Florida Senate in 1982 and, 10 years later, becoming the first Black Floridian to serve in Congress since 1876.

“She spent 10 years in Congress, most notably advocating for her Haitian constituents and securing aid for recovery after Hurricane Andrew,” the memo said. “Meek will be remembered for her devotion to the communities she served.”

The order came one day after Sen. Shevrin Jones of West Park asked DeSantis to have the flags at all public buildings across Florida lowered as a show of respect for Meek. Jones requested that it take place on Tuesday, the day of her funeral and homecoming.

“She broke many racial, gender, and educational barriers,” Jones wrote in a public letter.

While DeSantis’ memo was addressed to Chairman Diaz, Miami-Dade Mayor Daniella Levine Cava told the County Commission on Wednesday her administration had “already directed that the flags be placed at half-mast” at county buildings.

Meek was indeed a trailblazer. She spent 30 years as an educator before entering politics, during which she — among many other firsts — was the first Black professor, associate dean and assistant to the vice president at what is now Miami Dade College, according to Miami-Dade County records. The school’s Entrepreneurial Education Center is named in her honor.

She was elected to the Florida House in 1979. Three years later, she won a Florida Senate seat at age 56. In 1992, she joined Corrine Brown and the late Alcee Hastings as the first Black Floridians to serve in Congress since post-Civil War Reconstruction.

Meek was the only freshman Democrat on the House Appropriations Committee, where she helped steer $100 million in federal aid to rebuild Miami-Dade County after its decimation by Hurricane Andrew.

She championed many causes over the next decade, including affirmative action, boosting economic mobility for the poor and easing immigration restrictions on Haiti, the birthplace of many of her constituents.

Notably, she successfully sued to end at-large districts in Miami-Dade. The resultant single-member districts allowed for proportionate Latino and Black representation in county politics, including on the powerful County Commission. A federal judge ruled that the previous system unlawfully benefited white politicians.

Meek left office in 2003. Her son, Kendrick Meek, successfully ran to succeed her to represent Florida’s 17th Congressional District. At the time, the district covered many of South Florida’s Black neighborhoods, including portions of Pembroke Pines, Hollywood, Miramar and North Miami.

Upon returning to Miami, she ran the Carrie Meek Foundation, which provides grants, civic engagement and community development services to marginalized, low-wealth Miami-Dade communities. She stepped down from leading the organization in 2015 due to declining health.

previousTakeaways from Tallahassee — Helping out