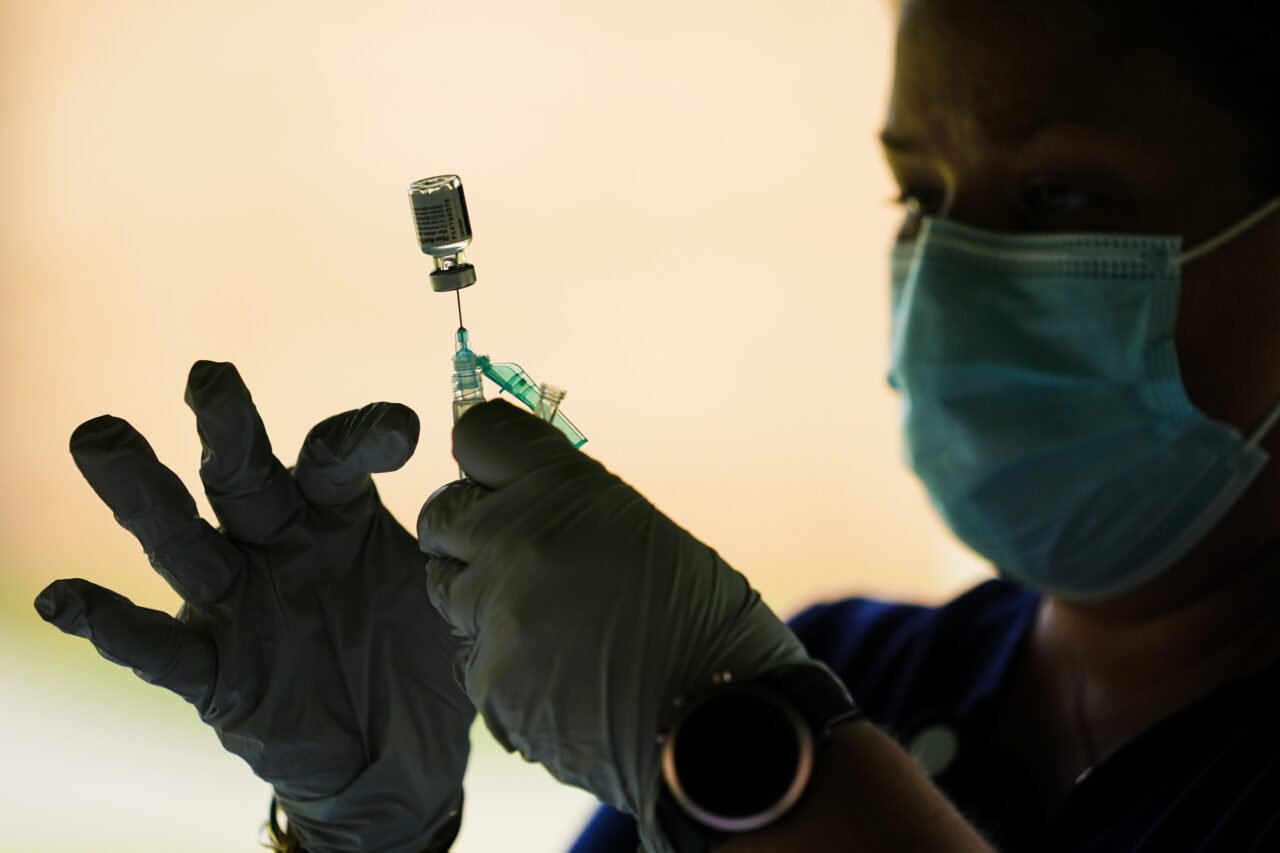 'We don’t have an agreed strategy.'

Vaccine makers are racing to update their COVID-19 shots against the newest coronavirus threat even before it’s clear a change is needed, just in case.

Experts doubt today’s shots will become useless but say it’s critical to see how fast companies could produce a reformulated dose and prove it works — because whatever happens with omicron, this newest mutant won’t be the last.

Omicron “is pulling the fire alarm. Whether it turns out to be a false alarm, it would be really good to know if we can actually do this — get a new vaccine rolled out and be ready,” said immunologist E. John Wherry of the University of Pennsylvania.

It’s too soon to know how vaccines will hold up against omicron. The first hints this week were mixed: Preliminary lab tests suggest two Pfizer doses may not prevent an omicron infection but they could protect against severe illness. And a booster shot may rev up immunity enough to do both.

Better answers are expected in the coming weeks and regulators in the U.S. and other countries are keeping a close watch. The World Health Organization has appointed an independent scientific panel to advise on whether the shots need reformulating because of omicron or any other mutant.

But authorities haven’t laid out what would trigger such a drastic step: If vaccine immunity against serious illness drops, or if a new mutant merely spreads faster?

“This is not trivial,” BioNTech CEO Ugur Sahin, Pfizer’s vaccine partner, said shortly before omicron’s discovery. A company could apply to market a new formula “but what happens if another company makes another proposal with another variant? We don’t have an agreed strategy.”

It’s a tough decision — and the virus moves faster than science. Just this fall the U.S. government’s vaccine advisers wondered why boosters weren’t retooled to target the extra-contagious delta variant — only to have the next scary mutant, omicron, be neither a delta descendent nor a very close cousin.

If vaccines do need tweaking, there’s still another question: Should there be a separate omicron booster or a combination shot? And if it’s a combo, should it target the original strain along with omicron, or the currently dominant delta variant plus omicron? Here’s what we know.

COVID-19 vaccines work by triggering production of antibodies that recognize and attack the spike protein that coats the coronavirus, and many are made with new technology flexible enough for easy updating. The Pfizer and Moderna vaccines are fastest to tweak, made with genetic instructions that tell the body to make harmless copies of the spike protein — and that messenger RNA can be swapped to match new mutations.

Pfizer expects to have an omicron-specific candidate ready for the Food and Drug Administration to consider in March, with some initial batches ready to ship around the same time, chief scientific officer Dr. Mikael Dolsten told The Associated Press.

Moderna is predicting 60 to 90 days to have an omicron-specific candidate ready for testing. Other manufacturers that make COVID-19 vaccines using different technology, including Johnson & Johnson, also are pursuing possible updates.

Pfizer and Moderna already have successfully brewed experimental doses to match delta and another variant named beta, shots that haven’t been needed but offered valuable practice.

So far, the original vaccines have offered at least some cross-protection against prior variants. Even if immunity against omicron isn’t as good, Dr. Anthony Fauci, the top U.S. infectious disease expert, hopes the big antibody jump triggered by booster doses will compensate.

Pfizer’s preliminary lab testing, released Wednesday, hint that might be the case but antibodies aren’t the only layer of defense. Vaccines also spur T cells that can prevent serious illness if someone does get infected, and Pfizer’s first tests showed, as expected, those don’t seem to be affected by omicron.

Also, memory cells that can create new and somewhat different antibodies form with each dose.

“You’re really training your immune system not just to deal better with existing variants, but it actually prepares a broader repertoire to deal with new variants,” Dolsten said.

How aggressive a mutant is also plays a role in whether to reformulate the vaccine. Omicron appears to spread easily but early reports from South African scientists hint that it might cause milder infections than previous variants.

The FDA has said companies won’t need massive studies of tweaked vaccines but small ones to measure if people given the updated shot have immune responses comparable to the original, highly effective shots.

Flu vaccines protect against three or four different strains of influenza in one shot. If a vaccine tweak is needed for omicron, authorities will have to decide to whether to make a separate omicron booster or add it to the original vaccine — or maybe even follow the flu model and try another combination.

There’s some evidence that a COVID-19 combo shot could work. In a small Moderna study, a so-called bivalent booster containing the original vaccine and a beta-specific dose caused a bigger antibody jump than either an original Moderna booster or its experimental beta-specific shot.

And scientists already are working on next-generation vaccines that target parts of the virus less prone to mutate.

Omicron brings “another important wake-up call,” Wherry said — not just to vaccinate the world but create more versatile options to get that job done.

previousSunburn — The morning read of what’s hot in Florida politics — 12.9.21

nextHow will the world decide when the pandemic is over?