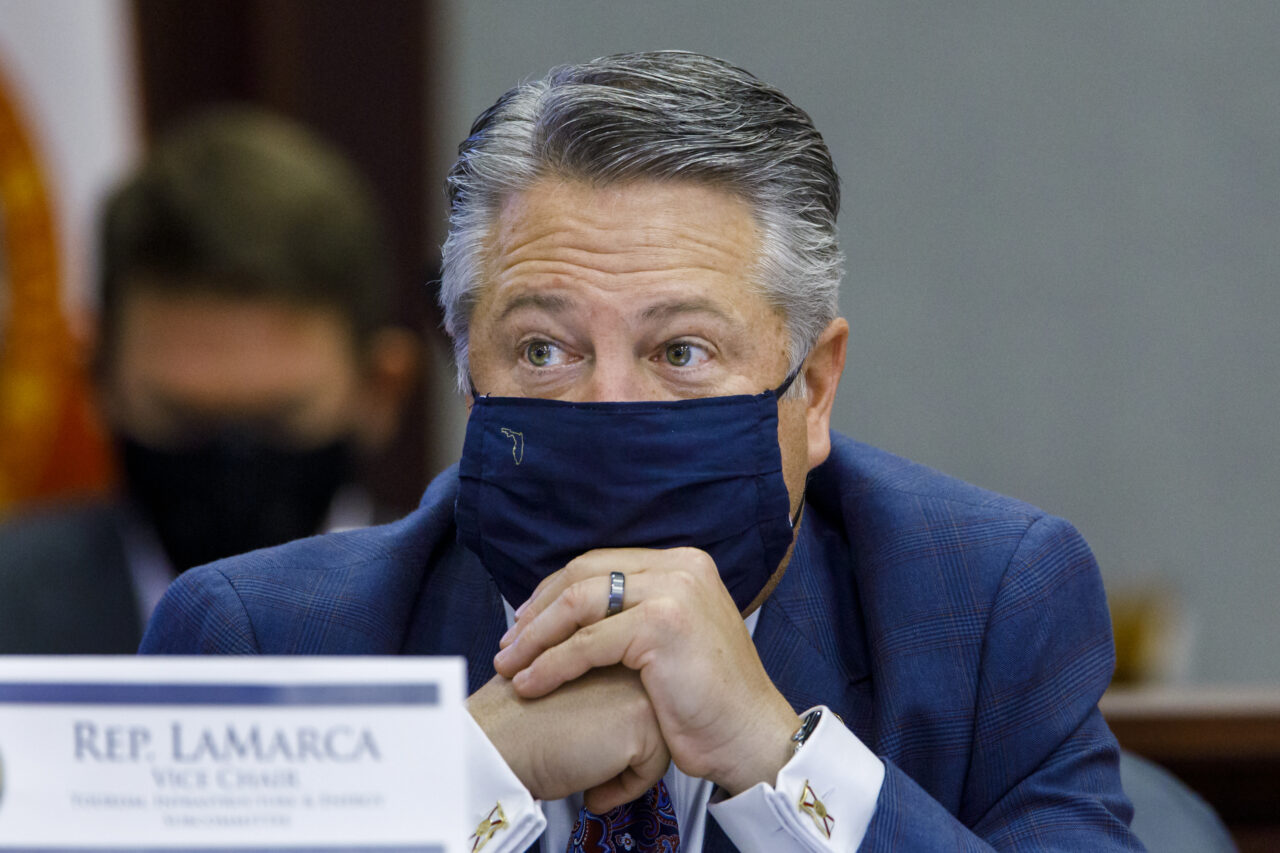 LaMarca has raised more than $110,000 in the last two months alone.

The Seminole Tribe of Florida and Comcast each donated $2,500 to LaMarca’s committee in November. Deloitte Services added another $1,000.

LaMarca netted several notable $1,000 donations through his campaign account during the month, including NextEra Energy and Chevron, Visa, The GEO Group and NBC Universal. Ron Book, the powerful lobbyist and father of Senate Democratic Leader Lauren Book, contributed $1,000 in his personal capacity and another $1,000 through his law firm.

The incumbent listed just over $8,000 in expenses during November. As of Nov. 30, LaMarca holds nearly $168,000 between his two funding sources as he seeks a third term in the House.

LaMarca, a Lighthouse Point Republican, is currently serving his second term in the House representing House District 93. But two recently proposed House redistricting maps — which will be in effect for the 2022 election — would put LaMarca’s home in House District 100.

That district could be drawn in different ways under the two House proposals, but both have a slight Democratic lean, according to Matthew Isbell of MCI Maps. Those maps are not yet final, however, and could undergo further changes.

Until the new maps are finalized, LaMarca is listed as a candidate in HD 93, his current district, and is unopposed. LaMarca won that seat in 2018 by 7 percentage points, succeeding former Republican Rep. George Moraitis after Moraitis represented the district for eight years. LaMarca built on that margin in 2020, defeating Democrat Linda Thompson Gonzalez with 55% of the vote.

LaMarca is currently the only Republican lawmaker whose district is fully contained within deep blue Broward County.