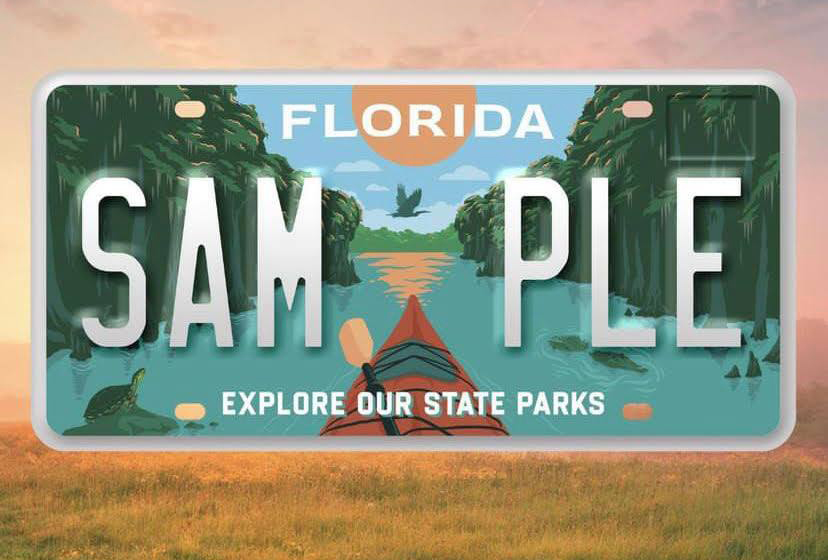 2021 was a big year for the State Parks Foundation.

The Florida State Parks Foundation has been on a victory tour since securing a park-centric specialty plate. But that wasn’t the organization’s only achievement this year.

The foundation, a nonprofit that supports the Park Service, improved conservation efforts and accessibility at some of the state’s 175 parks and trails. It also grew the organization’s membership to record levels.

“Through the work of many, much has been accomplished,” Gustafson said. “Together, we will continue to ensure that Florida’s State Parks remain the best in the nation and a treasure that we can all be proud of.”

The specialty plate still remains the organization’s most high-profile achievement of the year. The license plate, outlined in legislation (HB 249) sponsored by Ocala Republican Sen. Dennis Baxley and Tallahassee Democratic Rep. Allison Tant, cleared its 3,000-preorder threshold in less than 34 days, allowing it to go from concept to reality. It has gone into production and will be available in early 2022.

“The Foundation is truly fortunate to have the support of the many thousands of folks who recognize the importance of our fabulous state parks and the need to protect and preserve them for generations to come,” Gustafson said. “The impact you have cannot be overstated. Your generosity has enabled the Foundation to make significant accomplishments in its mission of protecting, preserving, sustaining and growing our Florida State Parks.”

At Silver Springs State Park, the organization built and launched the park’s first-ever wheelchair accessible glass bottom boat. The boat has been named Chief Potackee — Betty Mae Tiger Jumper, after the only woman to serve as chief of the Seminole Tribe of Florida.