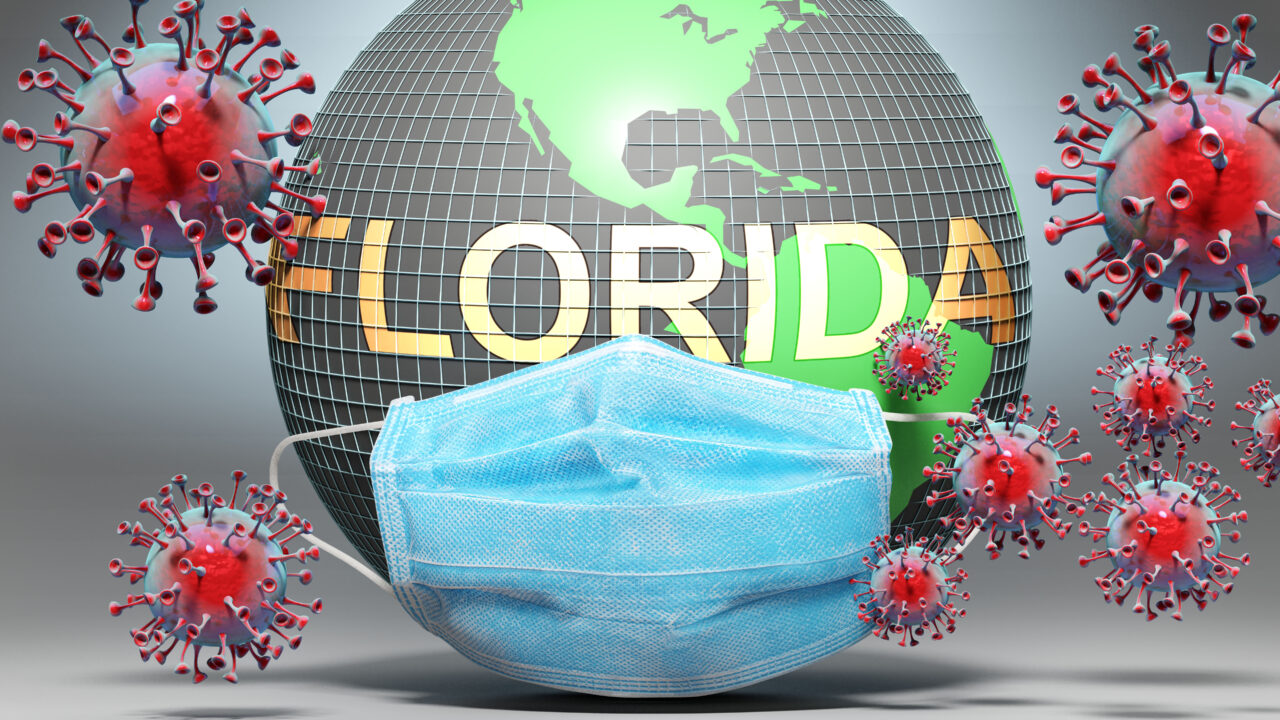 Florida's latest surge has hit with a swiftness not seen in any previous wave.

In the seven days through Sunday, Florida recorded more new COVID-19 cases — 169,618 — than in any single week during the 22-month coronavirus crisis.

That latest new case total, reported Tuesday by the U.S. Centers for Disease Control and Prevention, surpassed the 166,550 total of cases confirmed in the third week of August this year.

The August total had been the peak for a period in which Florida’s summer surge filled many hospitals and intensive care beds, and eventually led to thousands of COVID-19 deaths in subsequent weeks as sick Floridians held on for a time before perishing.

Florida’s latest surge has hit with a swiftness not seen in any previous wave.

Florida went from having the nation’s best COVID-19 situation to having one of America’s worst in two weeks time.

Florida has roller-coastered from having the nation’s worst COVID-19 outbreak in the summer to having just about America’s best COVID-19 numbers by November, and now back down into another crisis among the country’s worst.

Florida’s latest positive rate for COVID-19 tests rose to 10.6% for the week through Sunday, according to the latest CDC data. That’s up from a rate of 3.5% two weeks ago, though considerably lower than what had been seen in August, when it topped 20% statewide for several weeks.

Hospital admissions jumped 62% during the most recent week compared to the previous week, with 2,669 new COVID-19 admissions in the seven days through Sunday.

Florida’s COVID-19 admissions increased for every age bracket, compared to the previous Sunday. The greatest increases were among children under the age of 18, and young adults, ages 18-29.

That presents hope as experiences in countries and states that are chronologically ahead of Florida in an omicron variant outbreak have seen fewer serious medical cases, with fewer hospitalizations and fewer deaths.