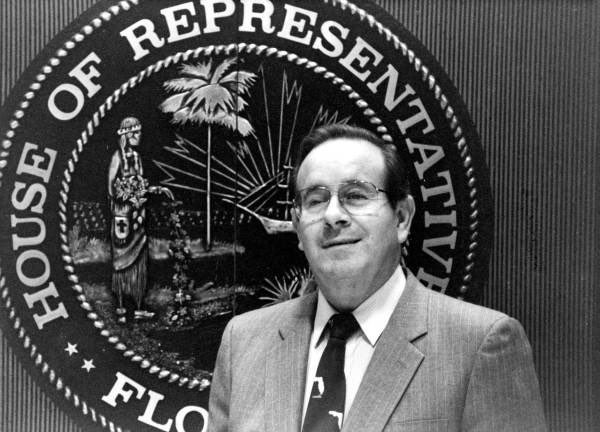 The Hialeah Republican's death was announced this weekend.

The Hialeah Republican served four years as Senate President Pro Tempore and held a seat in the Florida Legislature’s upper chamber from 1988 to 2000. He was forced to retire as the term limits era began, according to historical website Our Campaigns.

During Casas’ tenure, legislative control shifted from a Democratic majority to Republican control. His last two years in the Senate, Casas was appointed by then-Senate President Toni Jennings as chair of the Fiscal Policy and Transportation Committee.

Before his time in the Senate, Casas served in the Florida House. Casas in 1982 became the first Cuban-American ever elected to the Florida Legislature, and he served in that chamber until his election to the Senate in 1988.

The Florida Senate announced Casas’ death in a Saturday memo to all sitting senators.

“Please keep the Casas family in your thoughts and prayers during this most difficult time,” wrote Senate Secretary Debbie Brown.

Sen. Manny Diaz Jr., who serves in the Senate now, said he admired the lawmaker’s years of public service.

“Today we mourn the loss of Senator Roberto Casas, an honorable man and a trailblazer for Cuban-Americans,” Diaz tweeted. “He set the path for others like myself to follow in representing the great people of the City of Hialeah. May He Rest In Peace.”

“Rest in peace to the admired Roberto Casas,” Bovo wrote in Spanish. “We remember you with respect, admiration and awareness of the legacy you have left. My respects to your family and friends.”

Casas’ funeral will be at 6 p.m. Tuesday at the San Jose Funeral Home in Hialeah.