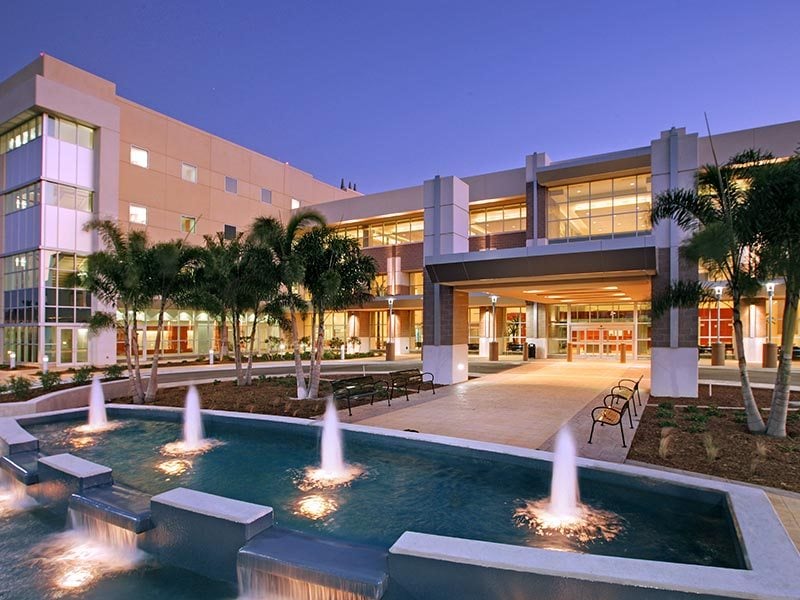 The hospital has operated three infusion centers for more than a year for outpatients. But the supplies divvied by the federal government have run out, officials said.

“Due to a nationwide shortage, Lee Health has exhausted its supply of Sotrovimab, which is the most effective monoclonal antibody (MAB) treatment for the COVID-19 omicron variant,” said Lee Health spokesperson Jonathan Little.

The closing comes as the state of Florida sees a surge of infections fueled by the particularly contagious omicron variant, now the predominant strain infecting Americans.

“Other monoclonal antibodies have been effective against previous variants, but not omicron. Sotrovimab is distributed by the federal government. The timing of receiving additional supply of Sotrovimab is uncertain. It is more important than ever to get vaccinated or get a booster shot to protect yourself against COVID-19 during the current omicron surge,” Little said.

The hospital was down to using bamlanivimab for the clinic and still has a very small supply available for inpatient use only.

“We have not heard from the state whether another allocation is coming,” Savage said.

The Manatee County Department of Health also announced last week it would close its clinic, according to the Bradenton Herald. A statewide listing of Department of Health-run clinics also no longer includes a site in Immokalee. That leaves the Tringali Community Center in Englewood and the Old Bonita Springs Library site in Lee County as the only remaining outpatient care providers with MAB treatment.

“While administration of monoclonal antibody therapy treatments in Florida is shifting back to the private health care sector, and there is growing evidence that some treatment options may not be as effective against the omicron variant, the federal agencies under your control should not limit our state’s access to any available treatments for COVID-19,” Ladapo wrote. “Florida can expand treatment options for patients by distributing therapeutics to providers working in areas with a low prevalence of omicron or clinics capable of variant screening.”

Notably, hospitals previously were allowed to purchase MAB treatment supplies independently, but the federal government took over distribution as the delta variant surge hit the country this summer. That prompted previous friction between Gov. Ron DeSantis‘ state administration and the Biden administration in Washington.