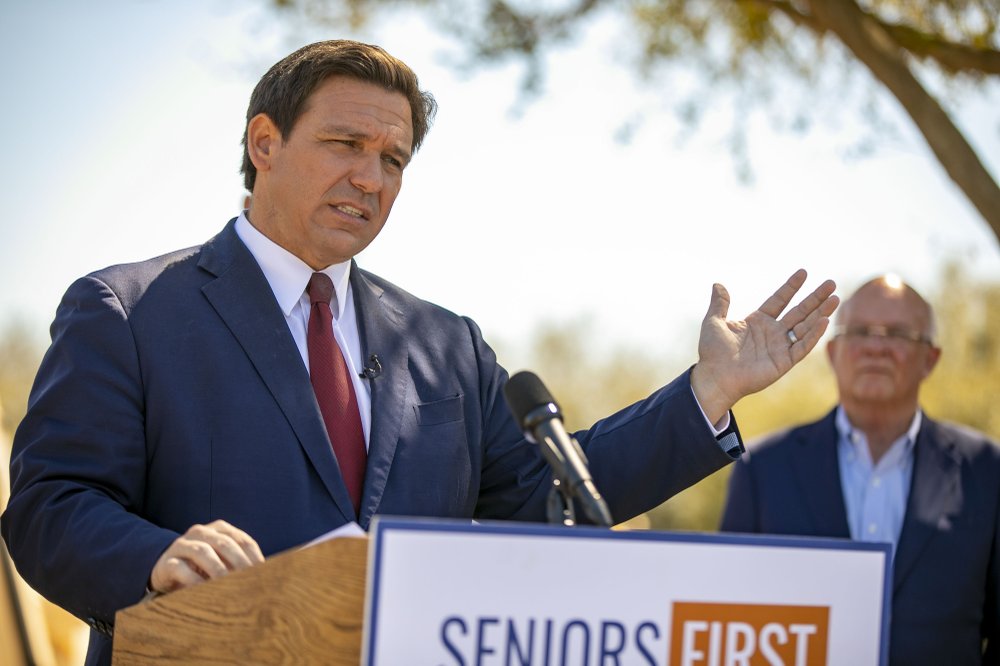 The Governor is going with a 'Seniors First' approach to test distribution.

Gov. Ron DeSantis returned to the Fox News Channel Thursday morning ahead of an early press conference in West Palm Beach, with “breaking news” that the state had secured 1 million at-home COVID-19 tests.

These will be routed to nursing homes, long-term care facilities and “local communities where they can focus them on elderly people,” according to the Governor.

The goal is “high-value” testing. DeSantis believes testing is “something that should lead to a clinical result.”

“People are starting to understand that this is something that’s out there, but it’s more akin to a cold or a flu,” DeSantis said on “Fox and Friends.”

Noting that promises of tests from the federal government have not materialized, DeSantis said the state has the ability to send out a million of those tests.

“Our view on testing is if you are young and healthy, you don’t need to go out and get tested every day,” DeSantis said, stressing again the “Seniors First” prioritization with these tests.

DeSantis himself is living by this counsel. He told reporters he hadn’t been tested in a long time, noting that while Donald Trump was President he was tested regularly. But since he’s not symptomatic, he said he’s not getting tested.

DeSantis continues to note that omicron, while more contagious, has less severe symptoms. But whether people have omicron or delta, DeSantis says the “vulnerable” should be tested.

DeSantis soon pivoted back to cast more doubt on the federal ability to provide tests.

“I don’t know if there’s any prospect of the federal government following through,” DeSantis said. “I don’t even know if they have the contracts.”

An email from the Governor’s Office after the press conference made supportive points.

“While the Biden Administration has promised the American people 500 million tests and a website from which to order them, they have delivered no tests; there is no website; there is no timetable for delivery. Furthermore, the public health bureaucrats in Washington continue to encourage low-value testing of healthy, asymptomatic young people to essentially conduct surveillance testing not contingent on exposure, driving up demand for tests despite the Biden Administration’s failure to secure adequate supply,” the email read.

Ladapo, who contends it was “specious” to say COVID-19 could be eliminated, repeated prior messaging, saying this plan was part of the DeSantis strategy of “sensible public health.”

“It’s the very opposite of what we’ve seen for the last two years,” Ladapo continued, questioning the wisdom of testing “small children” at schools over senior citizens, and the “insensible, harmful, wasteful” federal strategy writ large.

Testing the asymptomatic is “abnormal,” Ladapo added, especially in light of the “amount of natural immunity” in Florida and access to vaccines for high-risk populations.

Meanwhile, there is an uptick in omicron cases in long-term care facilities, noted Simone Marstiller, the Secretary of the Agency for Healthcare Administration.

previousSunburn — The morning read of what’s hot in Florida politics — 1.6.22